One of these days, I’m going to make comic books of my very own. They’ll center on superpowered individuals who save the world and go through personal struggles, and I’m gonna charge people $4 a month to read their adventures. I dunno what I’ll title them yet, but I what I do know is that I’ll be sticking to one definite rule: deaths will not be reversible.

Along with gender, ethnic diversity and continuity, comic books are really bad about the concept of death. When characters put on a fancy costume and have superpowers and are risking their lives for the safety of others, eventually luck is going to run out. They’re going to die, whether it’s a noble sacrifice for the sake of others or just by fault of being around during some really chaotic battle. If it’s done well, it’ll be tragic and remind their fellow heroes why they do what they do, and if not, it’ll at least be talked about for a few weeks.

As a child, watching Superman give his life for Batman and Wonder Woman in the two-part Justice League episode “Hereafter” was one of the biggest superhero moments of my life. I hadn’t heard of the Death of Superman arc and so it genuinely moved me to watch the Man of Steel just gone without a trace of anything left behind. The funeral, Lois Lane breaking down in front of Lex Luthor, all of that was really well done. And when Superman came back, I felt joy and elation instead of frustration. A lot of that is due to the performances and writing, but it’s also because it was new to me. To see a superhero die, especially a big superhero like Superman, was a big damn deal. These days, when a superhero dies, it’s not so much a big deal as it a “what, again?”. 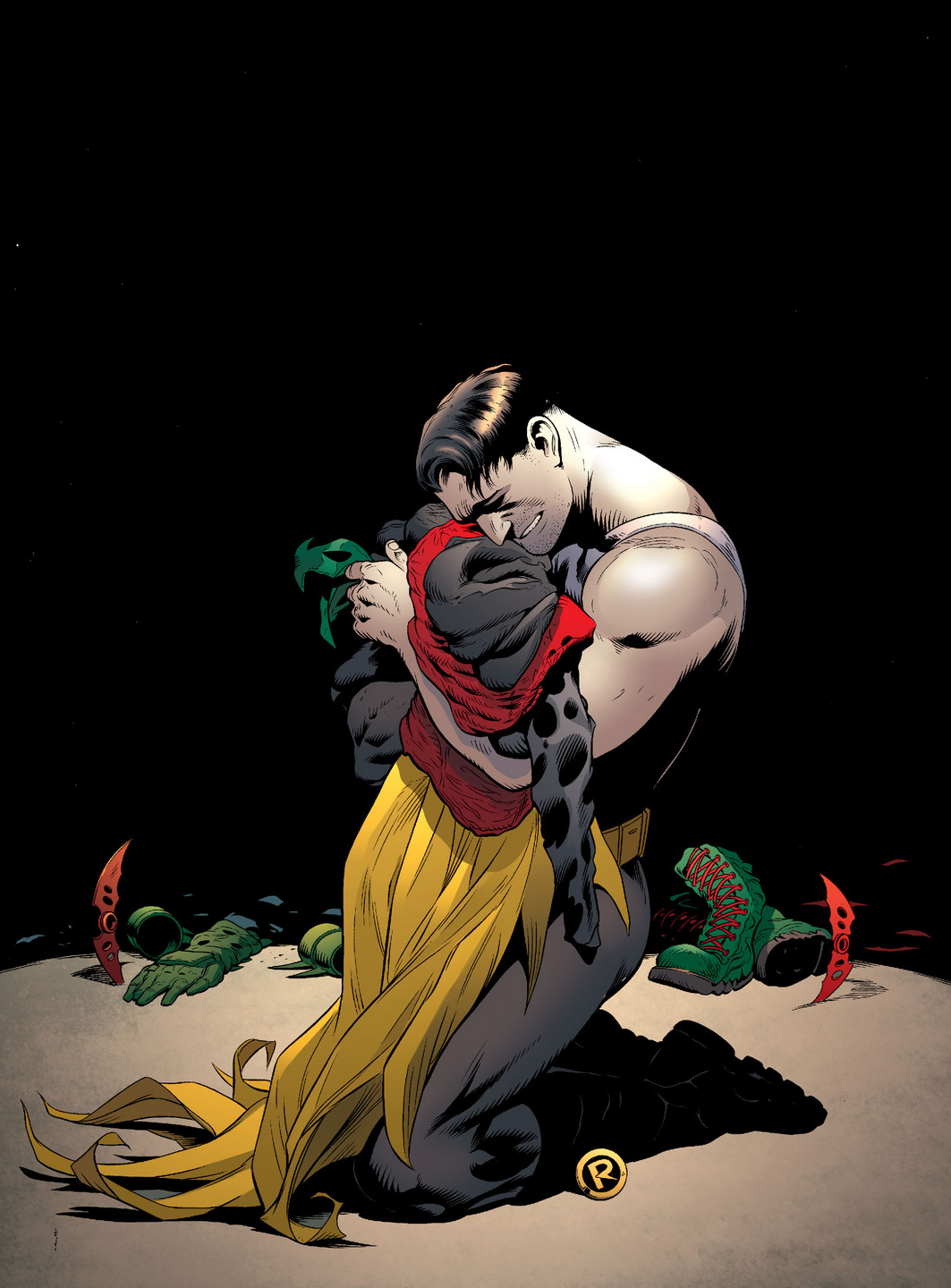 Let’s be real: these days, a superhero dying in a comic book as about as common as a creative team switching or a variant cover. With the exception of Uncle Ben and the Waynes, it’s a safe bet that anyone in the past decade who’s died and come back to life has also probably died and come back to life at least three times, minimum. At this point, a superhero dying is less about some noble sacrifice so much as it is to sell more copies and gain news coverage in between the release of movies. The real kicker is that you know it’s intended only for press coverage when they go on and spoil the thing before the damn comic is even out. Sure, it tells people “hey, you will want to buy this comic“, but it also screams “pay attention to us, dear god please pay attention to us!”.

This isn’t to say that deaths in comics are always needless wastes of time. Next to Superman “dying”, the other death that I think still actually matters to this day (and hasn’t been reversed) is the death of Ultimate Peter Parker. Spider-Man is an iconic hero who just has the worst kind of luck imaginable, so there was nothing more fitting than him taking a bullet for Captain America before going up against the Sinister Six. While the Ultimate Marvel universe wasn’t shy on deaths (Ultimatum is an eight month, gory bloodbath), Peter’s adventures were the most popular and quality comic of the Ultimate universe, and while adult Peter is no stranger to dying, the younger Peter didn’t get that chance to come back. That, combined with the arrival of Miles Morales as the new Spider-Man, is why I think the “Death of Spider-Man” arc to be so important in modern comic book history. The same thing applies to Damian Wayne’s death; sure, a Robin dying is nothing normal, but a 10-year-old hero dying? Yeah, that’s pretty important, and it’s set him on a new path now.

This is partially why I’m not entirely looking forward to the “big death” in Civil War 2. For the former, there’s no way that it’s going to stick, no matter how the mystery hero dies, either in the heat of battle or by their own hand. They’re going to try and make it noble and heroic or show that heroism is a heavy burden. Yeah, uh, no shit. If you’re going to kill someone, comic books, try to go for a different route than noble sacrifice. You could just go kill crazy without giving a damn about the repercussions, as is the case with Secret Wars, which just feels like Johnathan Hickman threw darts at pictures of random characters on a wall to figure out who to own. But the argument in Secret Wars’ favor is that it knows straight up that none of these deaths are expected to stick, so they’re just going for the meanest or most fun ways to off folks possible.

So you know what, DC and Marvel?Just cut the crap. Quit killing the main universe Wolverine while keeping an alternate universe one around because of The Wolverine 3; quit hyping up these big “you’ll never believe this!” moments in your comics. Stop trying to make these deaths mean something other than putting characters through an emotional ringer if you’re just going to bring them back. They can’t all be Miles Morales, they can’t all be Spider-Gwen, they can’t all be Damian Wayne. No one’s really gonna be all that happy when you bring back the Wasp or Yellowjacket or whoever the hell. Because you’ve finally done it.

You finally managed to make even death suck more than it already does.