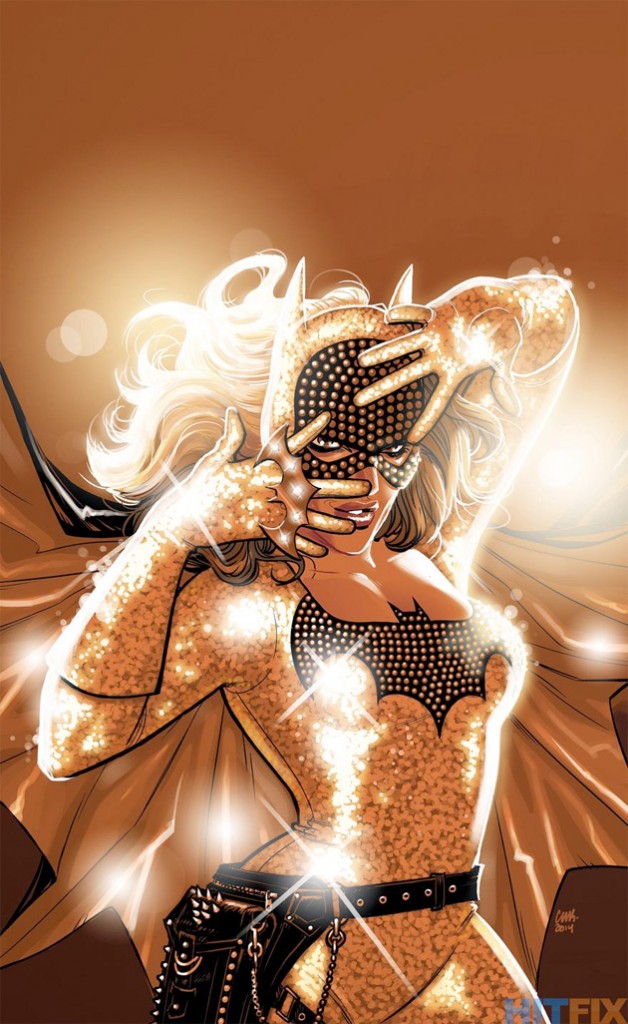 Normal people are so boring.

Batgirl is so fabulous that everyone wants to be her. But, instead of embodying the resilience she possesses or striving for her intellect, some women don the cowl to engage in some high profile partying.

Reputation as a crime fighter is important in Gotham. Batman established his reputation as fear incarnate through a carefully crafted persona. Under his tutelage, the Robins honed their own reputation and personality that struck fear into the hearts of Gotham’s criminals. Barbara, who is recently back on her feet, needs to have the ability to throw criminals off their balance with her mere presence.

An imposter in a sequined jumpsuit flaunting her deeds on social media is not helping.

Barbara’s main goal is shutting down this imposter and restoring her reputation as a serious crime fighter. However, there is a major speed bump along the way. It’s not just this imposter that is affecting how people see her; an up and coming artist by the name of Dagger Type is creating sexualized paintings of Batgirl.

If this isn’t a direct commentary on the sexualization of female comic book characters in mainstream media, then I’m a monkey’s uncle. It’s worth buying this issue just for Barbara’s reaction to seeing a picture of her decked out in black leather making pouty faces for the audience. Oh, and Dinah losing her shit over seeing the art.

(I really, really want to go in depth on this message. Stewart and Fletcher are spot on with the issues of hypersexualized images without meaning. However, I want you, the reader, to pick up this issue and form your own thoughts on this subject. We’re going to save the details for a Gender Issues installment.)

As revealed in issue 35, someone out there knows Barbara is Batgirl. That threat becomes even more imminent as a crucial moment from her past is exposed for all the world to see.

Batgirl 37 is light-hearted while also delivering a powerful image about portrayal in the media. Smart and funny, the new Batgirl team is bringing something fresh to the DC lineup. There is a feel that the team is aiming to use this platform to reverse some of the negative aspects of geek culture through plot and artwork. By all means, guys, do your best to show us what a superheroine is supposed to be! The best part? The story is enjoyable even without reading 35 and 36 (though, why you haven’t read 35 and 36 is beyond me). Issue 37 is a must-buy!