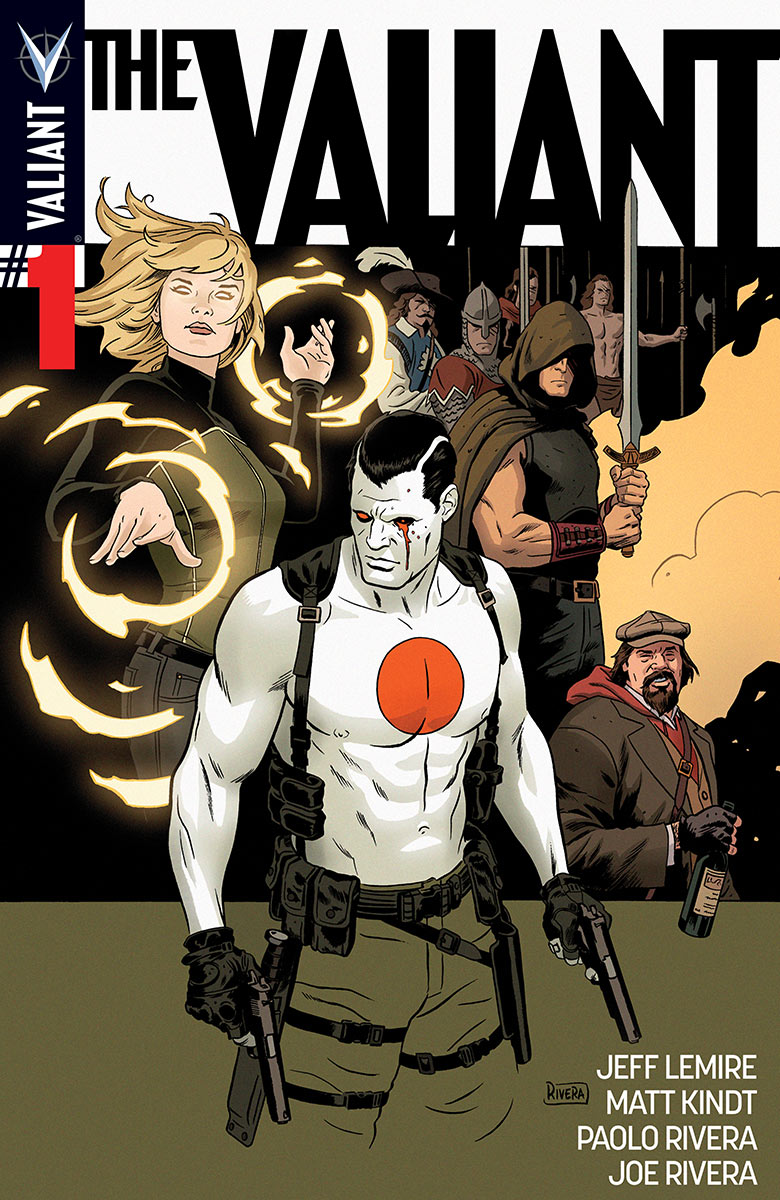 The Valiant is Valiant Entertainment’s most anticipated book of the year, if not one of the most anticipated in the entire industry. The pairing of friends Jeff Lemire and Matt Kindt on writing duties fired up the hype-train and left fanboys hootin-n-hollerin’ to scramble for a seat on board. Early shots of Paolo Rivera’s art only dumped more coals into the hype-train’s steam engine, causing even more “woos!” All of that leads us to the actual release of The Valiant, and does it live up the hype? 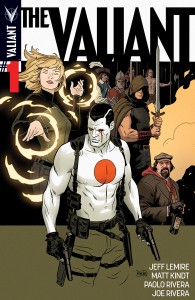 What Kindt and Lemire have brought to this title is something unique, but something that still captures everything fans love about Valiant. For the new readers they ease you into the story and do not dump piles of exposition into your lap while saying, “Here! Sort this out.” The exposition that is needed is sprinkled in the right amounts at appropriate intervals. A lot of what is presented in the opening pages is new for the older readers as well, and I did not feel overwhelmed. By the end of the issue, I feel that we are given a sense as to who The Eternal Warrior (Gilad), The Geomancer (Kay McHenry), and Bloodshot are.

In getting to know Gilad’s character we are provided with much of the backstory for the mini-series. This leaves the pages featuring Kay or Bloodshot to focus on their characters and who they are and what role they may play in the story. Bloodshot is a unique individual. We do not know much about who he was, and can only get a sense of who he is now. This is a character than in the past has not seen too much in the ways of character growth and development. Lemire and Kindt seem to have a grasp of the character, and hopefully they can develop him into something awesome.

As a veteran Valiant reader, I particularly enjoyed the pages with Kay McHenry and learning more about her. She is a character we have not seen in a while, and I am excited to learn more about her. Her pages and her dialog felt real, and revealed a lot about her emotional journey since finding out she was the geomancer. Of all the characters in the issue, I feel we learned the most about Kay. Once again Lemire and Kindt presented a lot of backstory without forcing it in our faces and down our throats.

Paolo Rivera’s art work was simply amazing and with Joe Rivera’s colors, offers a style of art that feels mature. Yes, this is a comic book, and there are people with crazy powers and magic, but it does not have that typical superhero comic tone. The incredible attention to the detail in the opening pages (and throughout the book) show the research and great care that went into creating The Valiant. This story feels real, and a huge part of that is due to the stunning art that is delivered by the two Riveras. Valiant has so many great artist working for them, and they really understand the individual style of each artist they hire. Any other Valiant artist could have done The Valiant. It would have even looked great, but it would not be the best the title could be. The tone of the story, and the art mesh so well together. Kudos to whoever’s decision it was to pair all these talented individuals together.

This is a buy! This is the ultimate jumping on point for new Valiant readers. The Valiant is welcoming for readers new and old. Lemire and Kindt’s setup of both the characters and the story is dynamic. They are taking great care to craft an amazing story. Paolo Rivera’s art and Joe Rivera’s colors are a perfect fit to the story. The Valiant is going to be one of the hottest indy titles going into the new year!