Prior to the New 52, I had read exactly zero Wonder Woman comics. She was a character I never really thought about, but when I saw the initial covers by Cliff Chiang my interested was piqued. Coming into this new origin and story with no previous knowledge of the character was a huge factor for me. I was easily able to form my own opinions on what I was reading and enjoy it without restraint in any form. Wonder Woman has become one of my favorite books of the past few years and the conclusion of this story only strengthens that notion. 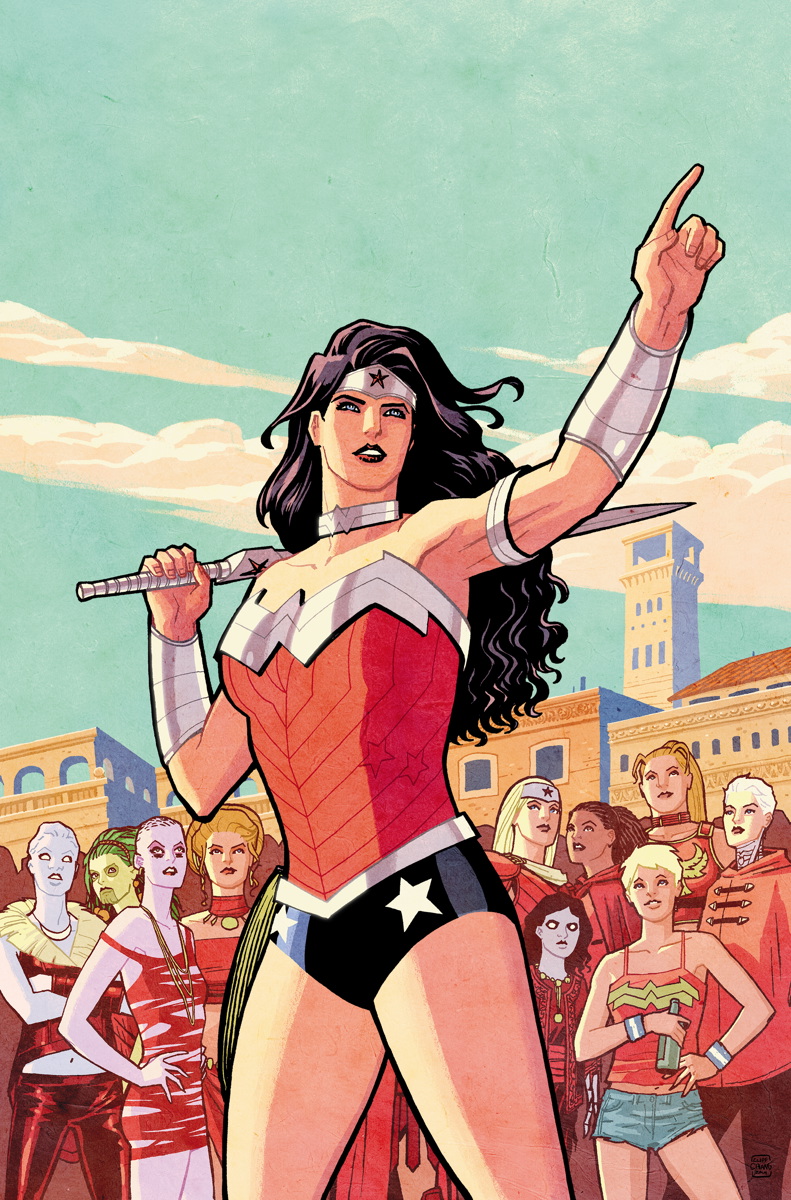 Brian Azzarello played the long game with this run and it worked to great effect. This has been 35 issues of one long story and couldn’t have been done better. There are answers here to long running questions and answers to questions I hadn’t thought to ask. Reading this conclusion makes me want to go back and read the entire run again.

Story wise for this single issue, I felt it was a satisfying conclusion. The battle against the First Born was over rather quickly but that didn’t detract from the story, rather, it gave more time for answers to other questions. How Diana dealt with her foe, felt true to this version of the character. With Azzarello leaving the book I would have liked to have seen more of the other characters Diana crossed paths with on this journey one last time. Some of them were major players in this stale, but again, it didn’t detract and was something I noticed only after the story was over.

Cliff Chiang comes back to finish this run and if there was only one thing I could talk about during this entire story, it would have been the art. While the covers to this series have been nothing short of fantastic and poster worthy, the amazing thing is the interiors have always kept that pace up. No difference on this issue, as the cover is wildly fantastic and embodies the very essence of leadership and respect that Diana conveys.

Buy this. Whatever your history with Wonder Woman, I feel there is no denying how good this run is. When you come to the end of an amazing run by writer and artist, the feeling is that you want it to go on forever, and this is one of those books. The entire tale has been filled with awesome moments and is completely worth your time.