Welcome back to Gender Issues, the bi-monthly column about what comics featuring women have to offer. Lately, we’ve been taking a look at Marvel and their slew of female leads. Captain Marvel, Black Widow, Ms. Marvel, She-Hulk…each one has hit a different feeling within the superhero genre. Marvel’s recent push for more visible female superheroes is paying off. Newer books, like Elektra and Storm, are no exception. There are high hopes for the upcoming titles Thor, Angela, and Spider-Woman. 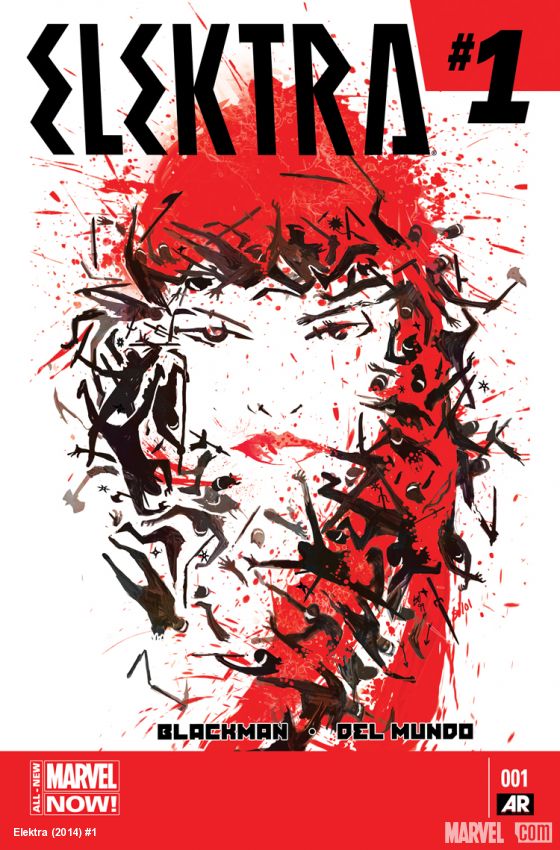 Next up on our list of Marvel ladies is Elektra. Unlike Captain Marvel, Black Widow, and Ms. Marvel, Elektra doesn’t start off with a huge fan base. Yes, the fans are there, but their voices aren’t as loud as Carol’s or Kamala’s fans. Black Widow has the advantage of bringing in new readers with the awesome performance of Scarlett Johansson on film. For folks new to comics in general, the solo Elektra title might be a turn off because of their limited exposure to her on film. Elektra doesn’t even have the humor found in She-Hulk. 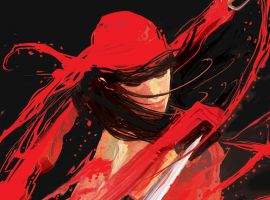 None of that matters when you open the first issue of the series. W. Haden Blackman and Michael Del Mundo have taken a Marvel character some have forgotten and made her relevant. Blackman brings up in the first issue that Elektra has lost agency in her own life. The opening inner monologue, paired with breathtaking artwork, shows Elektra’s history as a woman who’s always lived for someone else. This is a topic that cannot be addressed by the young Kamala Kahn. Carol Danvers and Jennifer Walters are too assertive to be someone else’s background. Natasha Romanov may have felt some of the same pain Elektra feels, but she has moved onto another part of her life. Through this comic, Marvel is hitting on a transition that may be glossed over in other series. Elektra’s need to be on her own goes deeper than what we’ve seen in other series, and, in doing so, has carved out a niche for this character.

There are a lot of positives for this new series. One is Del Mundo’s artwork. It’s just gorgeous, surreal, and reminiscent of J. H. Williams III’s work on Batwoman while still being unique and fresh. Del Mundo’s art fits Blackman’s magic and supernatural story. One look at this series and you’ll see a team that works in tandem. Everything about this series is on point at this moment. The pacing of the story is working for this team and character, and the villain of choice and the overall mission is a great opening for a solo title. So, what could make this series even better? A costume upgrade for Elektra. Minor complaint, but with the increased awareness of oversexualization of female characters and the trend towards practical costumes, Elektra would have been a perfect candidate for a costume makeover that paid homage to her current look.

The first trade of Elektra is available from Marvel in November and collects the Bloodlines arc (issues 1-6). If you are at all interested in this series, try out the first issue from ComiXology or your local comic book store.