“For me, this cover tells me that Dayoung Johansson is a young woman on a mission and that I had better stay out of her way. There’s never an issue of Rocket Girl released that doesn’t make it to the top of my Favorite Covers list. Amy Reeder’s colors are electrifying here and I love a comic book cover that screams action, adventure, and hope.” – Steve Seigh “Strike a pose, there’s nothing to it. Wow, so Alanna is looking rather stylish and not to mention very different on this cover. I love the sense of allure that I get from this cover. It’s bold, beautiful, and badass.” – Steve Seigh

Art and Cover by Raphel Albuquerque

“My love for this cover is all about those luminescent roots growing into a demonic, clutching palm of doom! ” – Steve Seigh 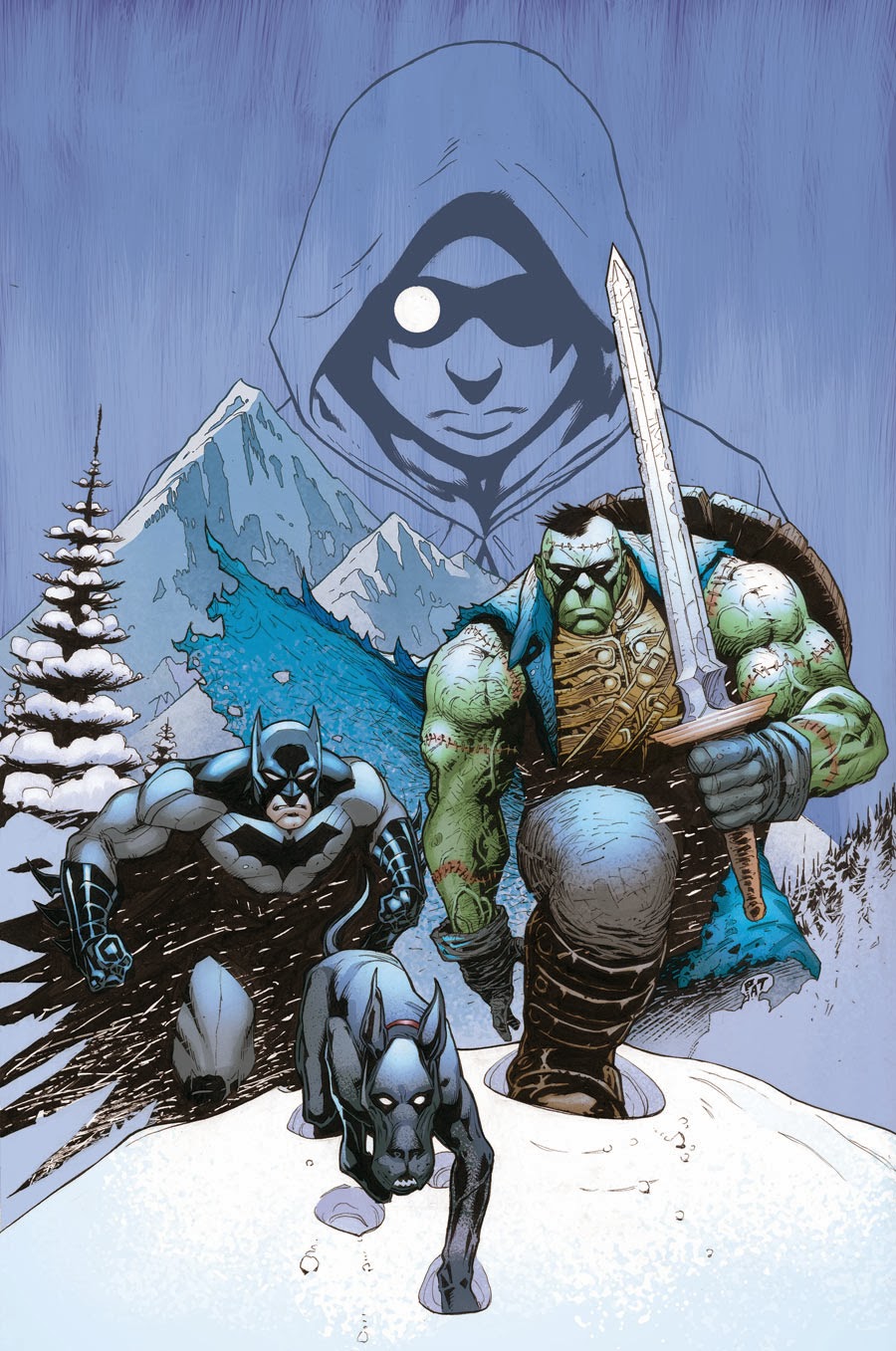 “I totally get chills from this image of Batman, Frankenstein, and Titus traipsing through the snowy hills of Nanda Parbat and it’s not because of the temperature.” – Steve Seigh “Chris Samnee manages the impressive feat of channelling both Will Eisner and Jim Steranko, but still have it come out looking like his own work!” – Bob Reyer

“The Allreds’ version of the Silver Age Amazon Princess is awesome! I would imagine that a guitar wired up to the Golden Lasso would have to play “Tell It Like It Is”, or perhaps the Undisputed Truth’s 1971 Motown hit “Smiling Faces Sometimes (Tell Lies)”?” – Bob Reyer

“Long-time readers of Steve’s column might remember my pining for more interior art by Captain Marvel cover-artist supreme Joe Quinones; my wish is granted here in this original story by Paul Dini that the author jokingly referred to as “The Power of Fishnets”!” – Bob Reyer

“Another stellar image of the time-tossed DaYoung Johansson by Amy Reeder, the Talking Comics “Breakthrough Artist” of 2013! The first arc of this fabulous series comes to an end with this issue, and Ms. Reeder and co-creator Brandon Montclare will no doubt bring us a finale that we will be chatting about for some time in the future. (Sorry for the awful pun!)” – Bob Reyer

I’m in a Metal mood today, so check out these tracks from the band Killer Be Killed called “Wings of a Feather and Wax” + “Face Down“.