“It’s finally here! I’ve been waiting with baited breath to read the next chapter of Royden Lepp’s engaging story of a boy and his jet pack since … well, the last volume, really! I love how bold and beautiful this cover is. I can feel the fading warmth of the sun as it sets, smell the fumes of Jett’s jetpack, and taste the wind as it blows through the fields. A cover that can do all of that is special, and is my favorite this week.” – Steve Seigh “Check out the gorgeous and intricate line work on this cover. This is some quality stuff. Love the stylish nature of it and the way Del Luca plays with the dusty color palette.” – Steve Seigh “Gotta love these covers from Tradd Moore. This dude is serious. Love it!” – Steve Seigh “I just read this today and hot damn! I really enjoyed the hell out of it so I thought I’d take this opportunity to show you this amazing cover. If you like alternative history adventuring than I strongly recommend that you check this series out. At the price of only $9.99 you can’t go wrong!” – Steve Seigh

“It ain’t cool bein’ no jive turkey so close to Thanksgiving.”  “YEAH!” – Oh c’mon, you know. I hope you know, because if you don’t, you better learn. 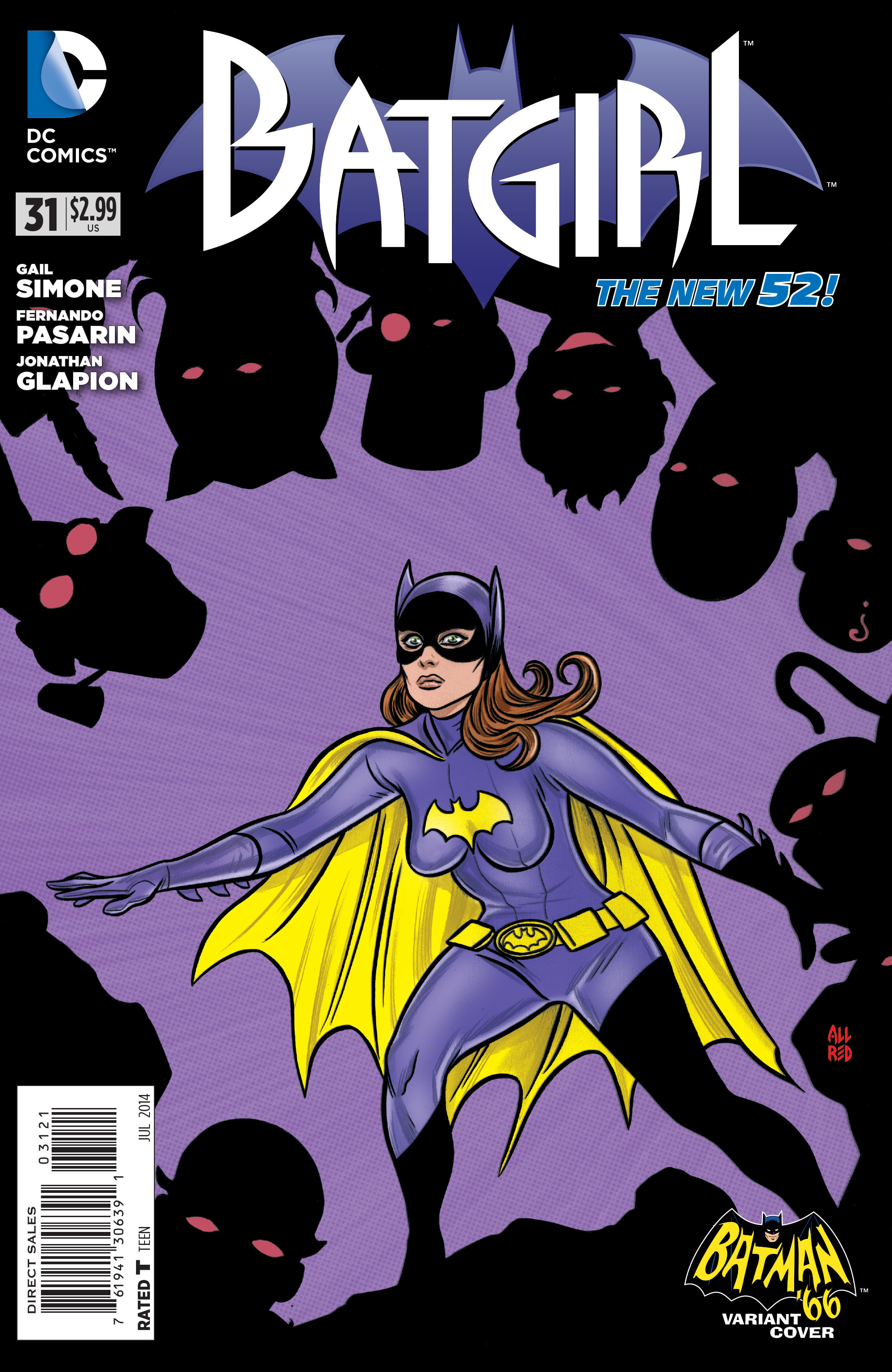 “I’ve already selected the regular cover for this issue about a month ago (it was delayed, and replaced by an scary fill-in written by Marguerite Bennett), but an image of TV’s Batgirl Yvonne Craig drawn by the amazing Allreds, well, that calls for a double-dip, if you ask me! (There are a number of these “Batman ’66” variants out this week; I hope that DC will collect them all in the series trade!)” – Bob Reyer “This one was just too bizarre to leave out, and despite what we’re all thinking, this book is apparently reprinting actual stories from the Fifties and Sixties! What were we thinking back then?!?” – Bob Reyer

“Higher, Further, Faster, More”…indeed! Carol and her new running mates of the Guardians of the Galaxy seem to be in ready for just about anything!” – Bob Reyer

“Nice to see the FF back in action, pitching in to help Sue and Ben in this action-packed image by Leonard Kirk, whose artwork has been the highlight of this re-booted Fantastic Four.” – Bob Reyer

“At least there can’t be any three-eyed magical foxes out on the river…but what other perils await the girls of Roanoke Cabin? Could that be some relative of Nessie swimming alongside.. I mean, to quote Lumberjane Scout Jo “Just what the junk is going on here anyway?” – Bob Reyer

This week features the first track in over 17 years from one of my all time favorite bands, Failure! Be sure to give it a listen and bang your head!