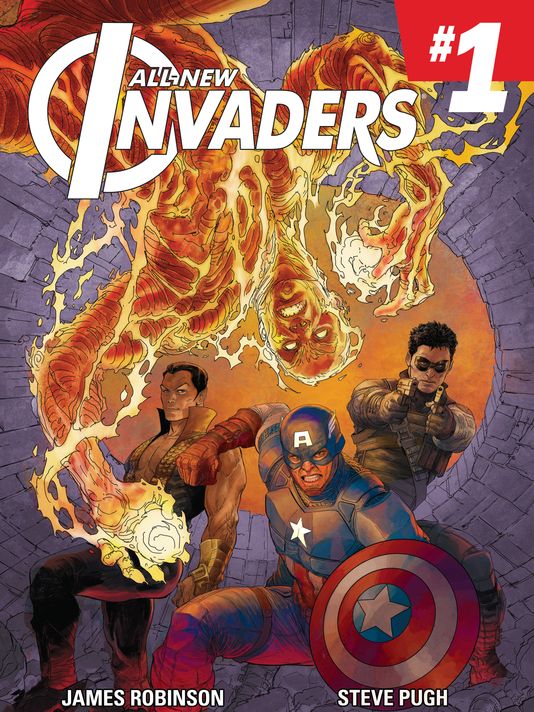 This morning, USA Today announced that the second wave of Marvel Now titles, now being called “All-New Marvel Now,” will begin this December with the 24th issue of Jonathan Hickman’s Avengers, which starts an all new arc known as “Rogue Planet.” All books not getting a fresh #1 start will be rebranded with a point.NOW logo when it comes their time to be implemented into the All-New Marvel Now. Included with these titles will be a digital code that lets you read the last couple of issues so that you’re caught up if you hadn’t already been reading.

Editor-in-Chief Axel Alonso had a lot to say about the success of Marvel Now, but is really excited about the potential to give the spotlight to characters who may or may not have received it in the past:

“Our catalog rolls deep, and it’s giving people fresh, new voices, breathing new life into characters that quite frankly just deserve their own spotlight…I don’t know how many people have gotten Rocket Raccoon tattoos, but I anticipate a lot in 2014. My favorite thing is showing people why those characters that aren’t necessarily household names like the Falcon and Silver Surfer should be, and why they’re every bit as vital to the Marvel mythology as Spider-Man and the Avengers.”

Tom Brevoort, Executive Editor (and FF character) of Marvel says that it’s a great place for new fans to jump in:

“If you haven’t been reading Hulk or Captain America or Thor, here’s a spot where you can start cleanly and get on board.”

“There is something alien in the Inhumans, something other, something not from around here. It’s the secret kingdom stuff, the weird powers, the mixture of science fiction and pure fantasy that makes up their history” that makes them so cool.You can tell the mark of a quality human being by their enjoyment of the Inhumans. Like being a Velvet Underground fan.”

Also announced was All New Invaders, which features Captain America teaming up with Namor, Bucky (Winter Soldier), and the original Human Torch as they try to stop the Kree Empire from retrieving a device that could create an unstoppable army. James Robinson (Starman, Earth-2) and Steve Pugh (Animal Man) are handling the book and Robinson had this to say about it:

“They answered America’s call, went to war against the Nazi menace and fought side by side. These guys were brothers-in-arms. As they move into more modern dramas, that link is a link you just can’t undo. That will hopefully be the visceral element of this books’ identity that will set it apart from the Avengers and X-Men.”

Also rumored to be in the works are Silver Surfer and Black Widow solo titles, as well as an All-New X-Factor.