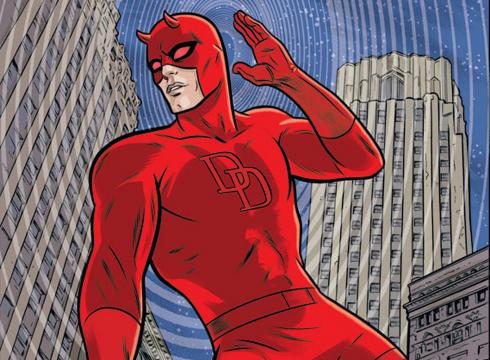 This week on Talking Comics, we bring you all our regular podcasting goodness. And by that I mean, the gang talks about their favourite Books of the Week. Actually, that’s mostly the ONLY thing that the gang talks about this week. It’s exactly what the title says… it’s the comics, comics and more comics show.

Bobby talks about Avengers vs. X-Men, Kid Flash and Rorschach. Steve gives some love to Mark Waid’s Daredevil as well as Franklin Richards: Son of a Genius. Bob’s all about Captain Marvel #2  and Stephanie takes the time to discuss an ACTUAL book. What is this? A show about comics or something? But anyways, she discusses the geektastic book by Ernest Cline, Ready Player One (which she thinks you should ALL be reading). Additionally talks are had about some web comics and Gail Simone’s run of Batgirl is discussed.

For those of you who listened to the show already, this is the link that Stephanie spoke of, in regards to the cool concept art by Adam Hughes for the Batgirl covers.