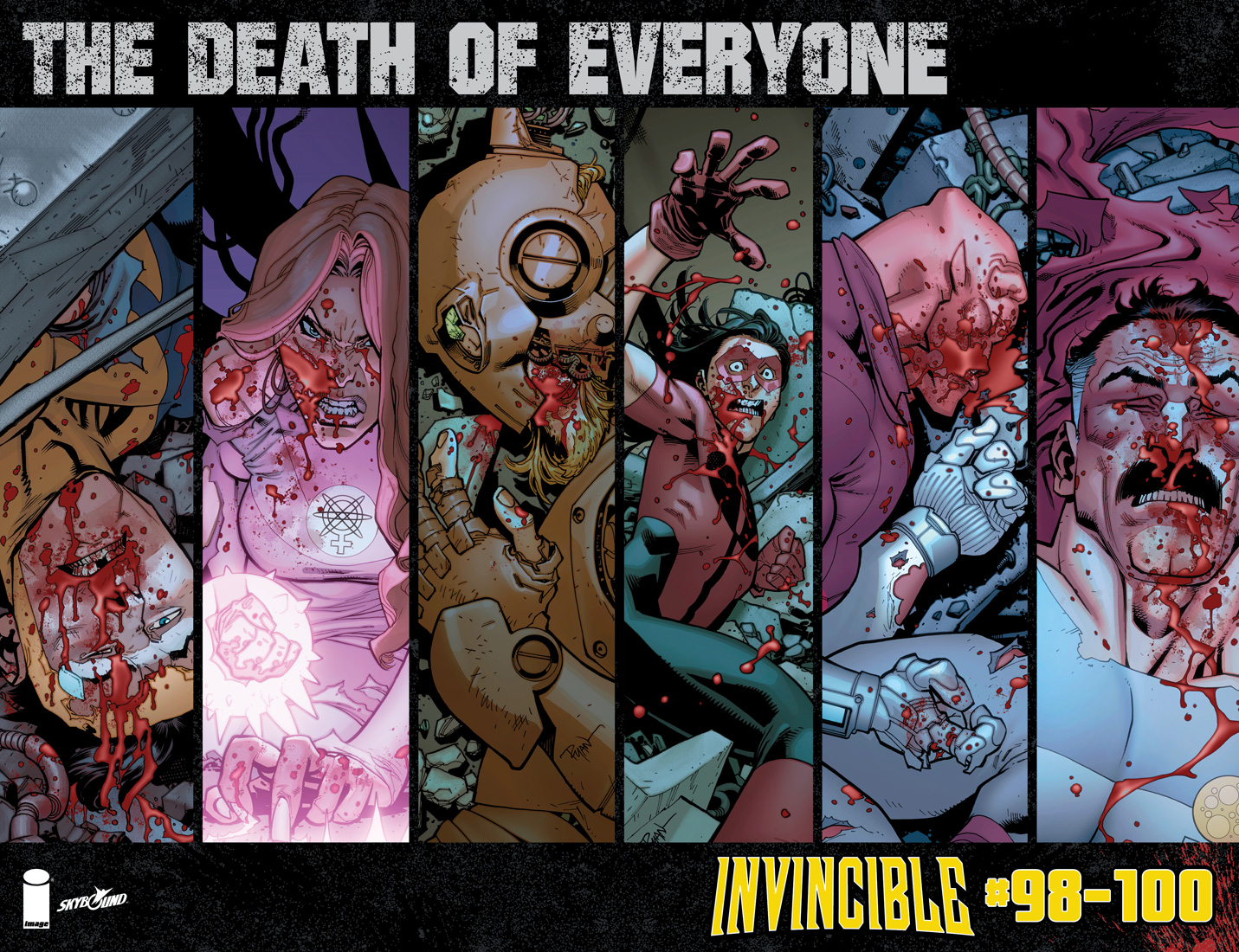 This morning Skybound/Image released a new graphic to promote their next big arc of Invincible and potentially answered the big question about who will die: Everyone. The graphic also hints on the timing of the event, issues #98-100. It would appear our heroes get to survive their current ordeal with the Flaxan Army and an even bigger threat looms on the horizon. There are a few possible guesses on what that threat might be, but we’re talking about a Robert Kirkman title and there are no rules or safeties (The Walking Dead #100).

We might get clues as to what the threat might be, a la the covers of The Walking Dead issues #98-#100, but we won’t know till we see the next batch of  solitications. It’d be interesting to see what’ll happen to Invincible if all the main characters were to die off. Granted there are plenty of supporting cast to follow and be interested in, but would it still be Invincible without Invincible?

One thought on “Invincible: The Death of Everyone”