Good friday, freaks! I’m not gonna lie to you, this was no power week in nerd news. I’m guessing everyone was too busy fondling their new PS Vita’s and mapping out their next dragon hunting party on that new Skyrim map app. I scrubbed and scoured the world wide web (yeah, I can say that if I want) to find you some tasty niblets. Because I love you. Sort of.

Shopping cart is your friend, mostly.

First, and most importantly, a self aware shopping cart is coming to the Whole Foods near you, thanks to Microsoft and their world domination secret laboratory scientists. You give creepy cart the shopping list, it follows you around the store as you pick up all your items, even telling you where in the store you can find any items you get stumped on. Aww, so cute! Right, until you pick up the wrong item. Or the wrong variety. Or the wrong anything! Then cute little talking shopping cart yells at you, tells you to ‘stop being a stupid idiot and just follow the list!’ and demands you correct the mistake before pointing a deadly laser at your face. Maybe that’s a little much, but it’s only a prototype, so I’m positive it will do all those things by the time it gets released. For real, this shopping cart is apparently equipped with a Kinect, so it sees and knows everything you do while you shop.

Picture this: you’re trying desperately to impress the cute girl in the Star Wars tee with a made-up story of neighborhood heroism, starring you. Smarty pants shopping cart interrupts to correct you and inform cutie that you haven’t left your house since your last grocery trip, and are therefore full of shit. Bad shopping cart. 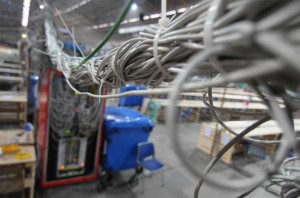 Norway’s The Gathering 2012 is breaking internet speed records with the largest, fastest web super tube to ever grace a geek fest. Apparently there are these huge computer parties, held all around the world, where the geeks can land with their own computers, friends and competitive spirits, to play games, share creative demos of their software and design skills and most likely learn some new hack tricks. These parties have spawned an ongoing battle of the internet super highways between the Norwegians hosting The Gathering and the Swedes hosting  Dreamhack. In 2011, The Gathering set a world speed record with 110Gbit/s. The Swedes over at Dreamhack saw that number and beat it with 120 Gbit/s. Not to be outdone by those dastardly Swedes, this year’s The Gathering boasts the fastest internet access in the universe, with 200 Gbit/s.

Build your own Springfield and earn free donuts!

The writers of The Simpsons bring you a brand spanking new game for your mobile device and who doesn’t love a great Simpsons game? The Simpsons: Tapped Out gives you the chance to rebuild Springfield (after Homer blows it up from the nuke factory, of course), Sim City style. You collect money, move your buildings and homes around, and do your best to accrue points and donuts which can be spent to make bigger, cooler things happen in the game! If you’re not patient enough to collect all the donuts you need, this ‘free’ app offers you the option to spend your real money to buy donuts, so you can speed through the game faster, thus not only spending cash but making your ‘free’ game just a little less fun.  Oh, yeah, there’s also that little catch which is you must have an internet connection to play. So I guess Angry Birds is still a better on the go option, but this is The Simpsons, which is enough for many. 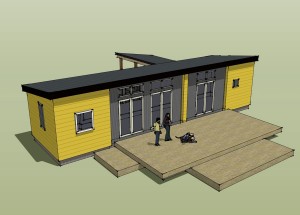 Do you get super excited when you bring home a new box from Ikea, full of a million almost exactly identical parts and a sheet with stick figure diagrams telling almost no useful information to build your new furniture by? I don’t! I’m not sure there is anything in the universe that can piss me off and turn me into a tool flinging banshee like assembling something from Ikea. Oh, wait, now there is one thing that could get me there faster, harder and for so many grueling hours that I’d probably rather just stick that little hex key right in my eye: The activ.

This box shaped, boxy house-in-a-box is the first in a new line of ‘some assembly required’  homes designed by ideabox and appointed by Ikea. You pick your colors and favorite layout, they send you the box. I mean home. So you can live in your very own mini Ikea store, complete with bland, matchy matchy appliances and counter tops, bathroom accessories, lighting, everything! There are several designs on the way, including ‘cubes‘, in case your home just wasn’t boxy enough, ‘minibox‘ which offers a generous 22 square feet of space to stretch your legs in and even the ‘drift‘, comprised of several little boxes floating on water. 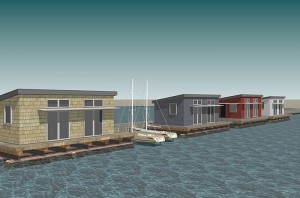 Call me a critic, but I’m pretty sure something like this has been around for a long time now and they call them trailers. Drive through Florida one day and you’ll see how much a creative gardner can spiff up a portable home-in-a-box with landscaping and pretty exterior decks. The activ can be your little slice of cubey heaven for only $86,500. Just watch those corners, they are sharp.

More of the Avengers!

I’m excited. Are you?