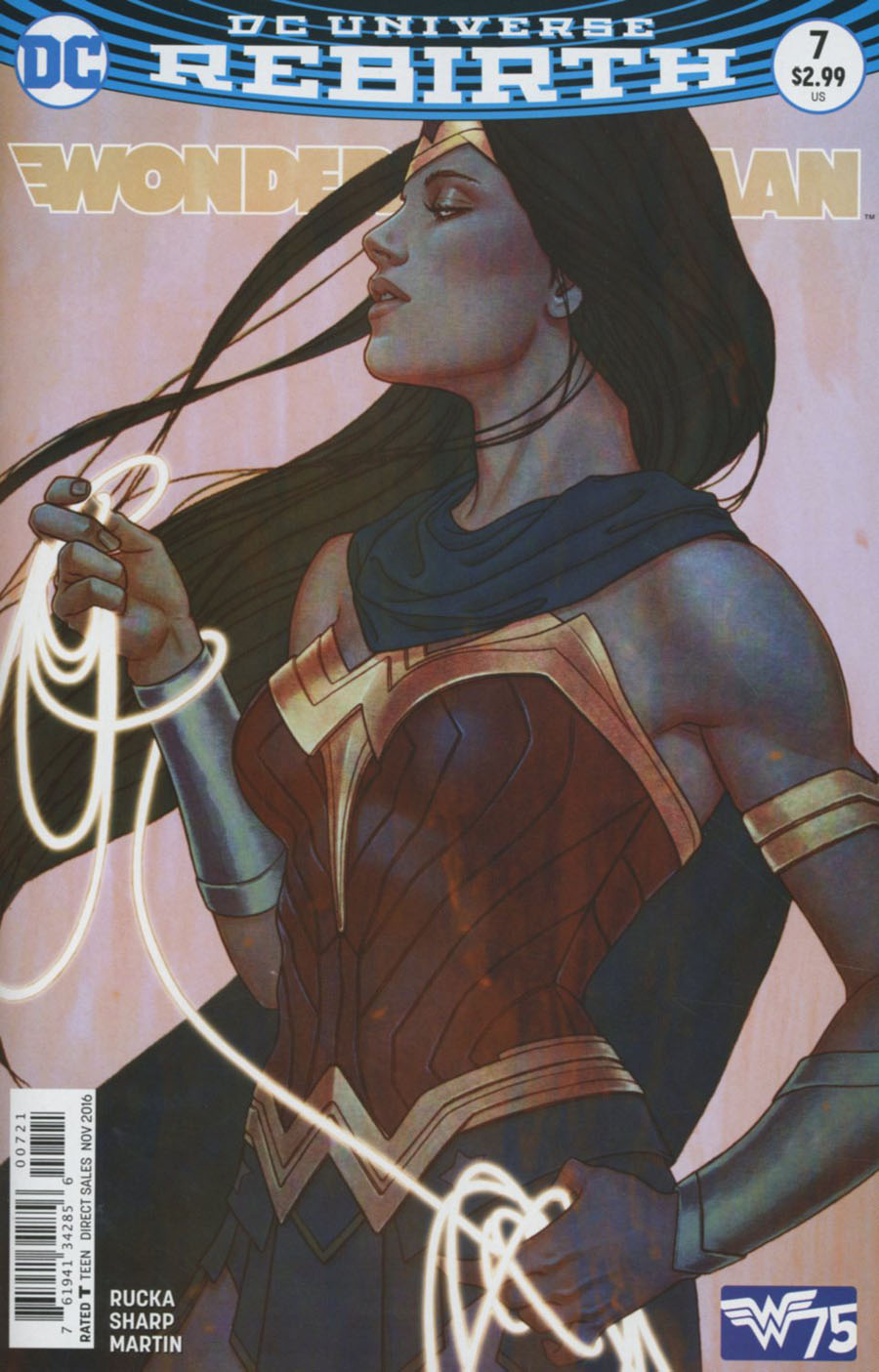 Diana is looking rather stately on this beautiful cover, don’t you think? I love that she can look both regal and determined to kick your ass at the same time. 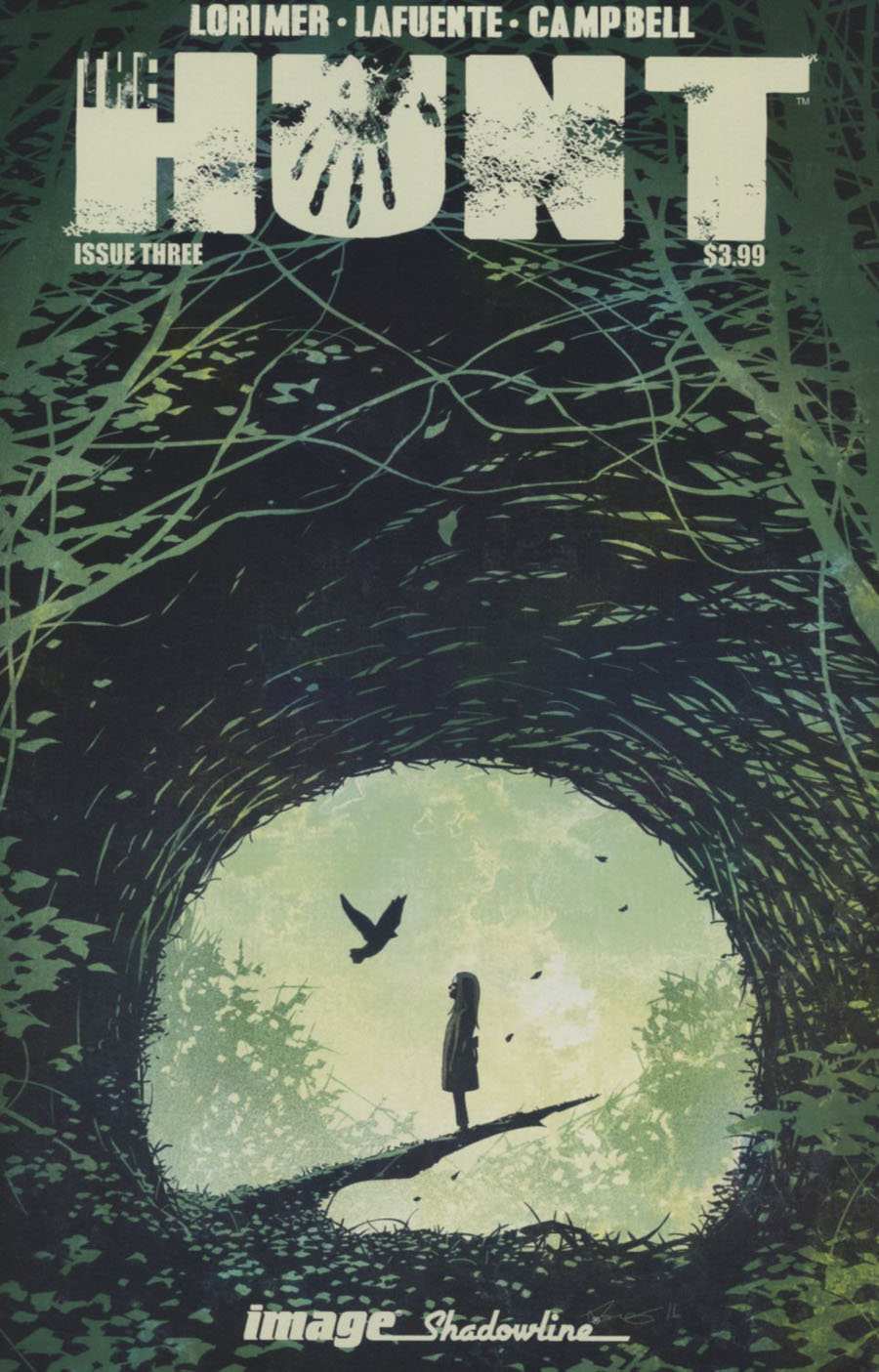 Wow! This cover is totally reminding me of a short story I once wrote called Theodora and the House of 1,000 Doors. Looking back, it was very much a Locke & Key meets Clive Barker’s The Thief of Always. 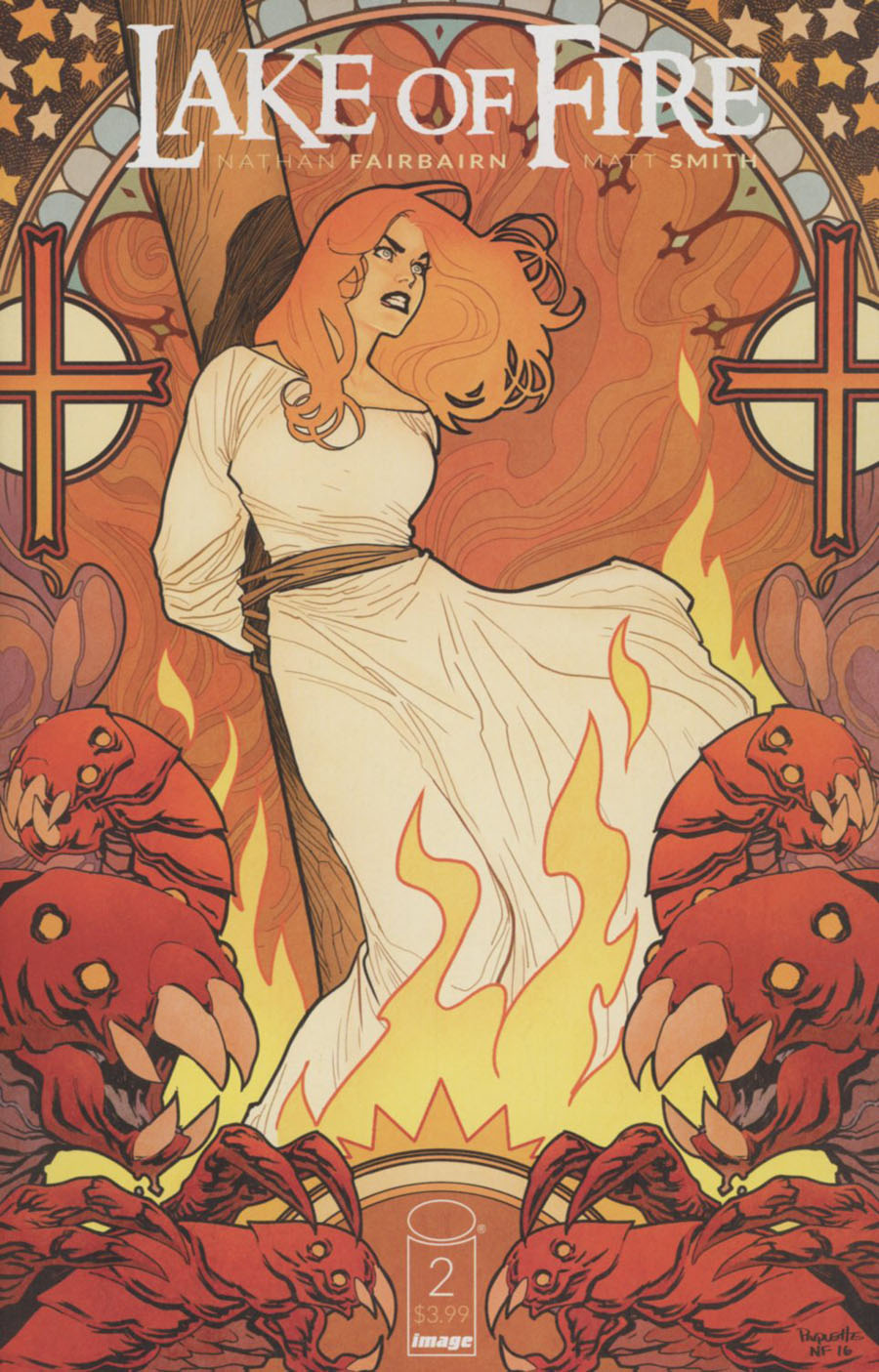 Not only is this a beautiful cover, it makes me think of this little number … 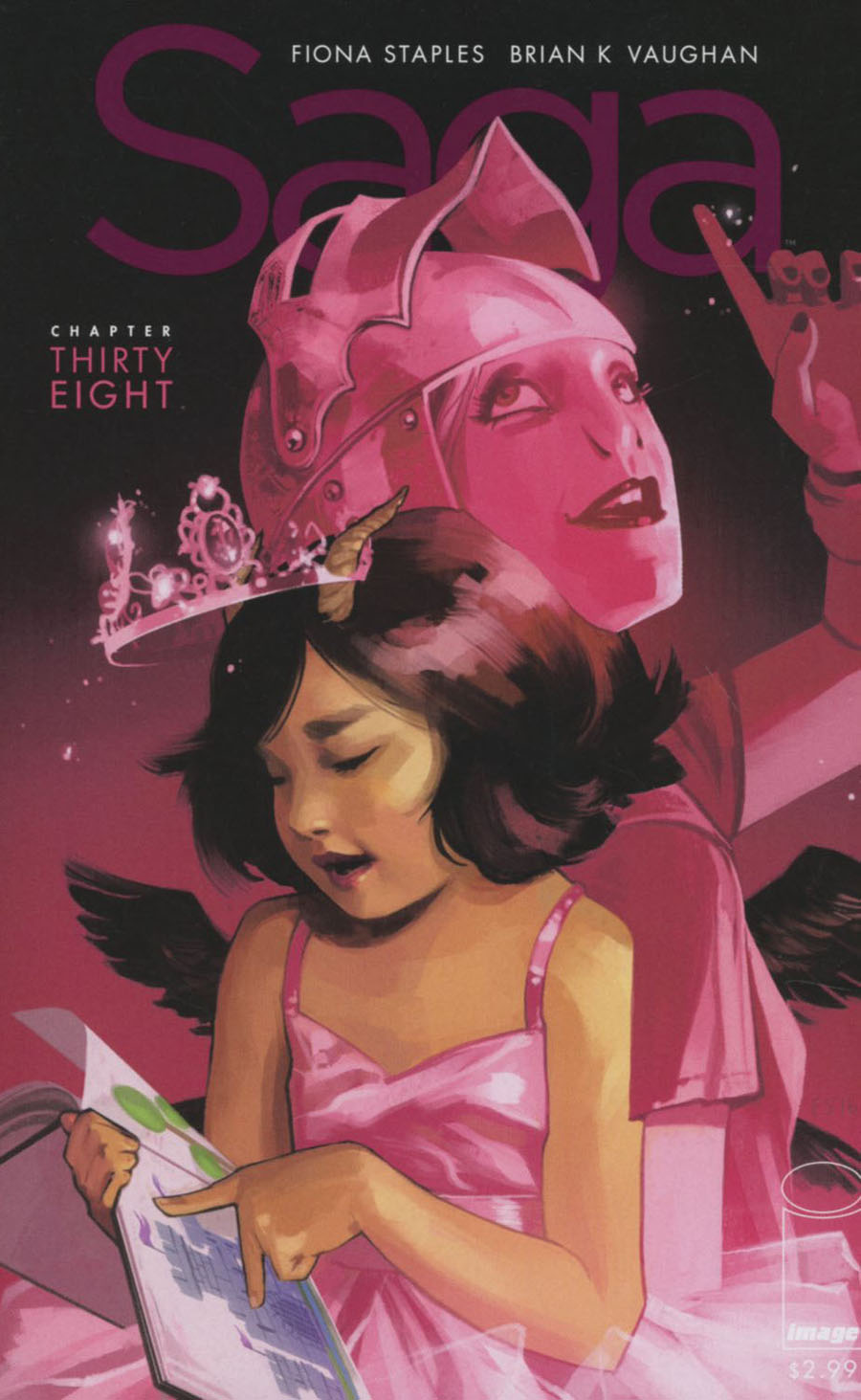 Aww, I miss my nieces. I need to give them a call. 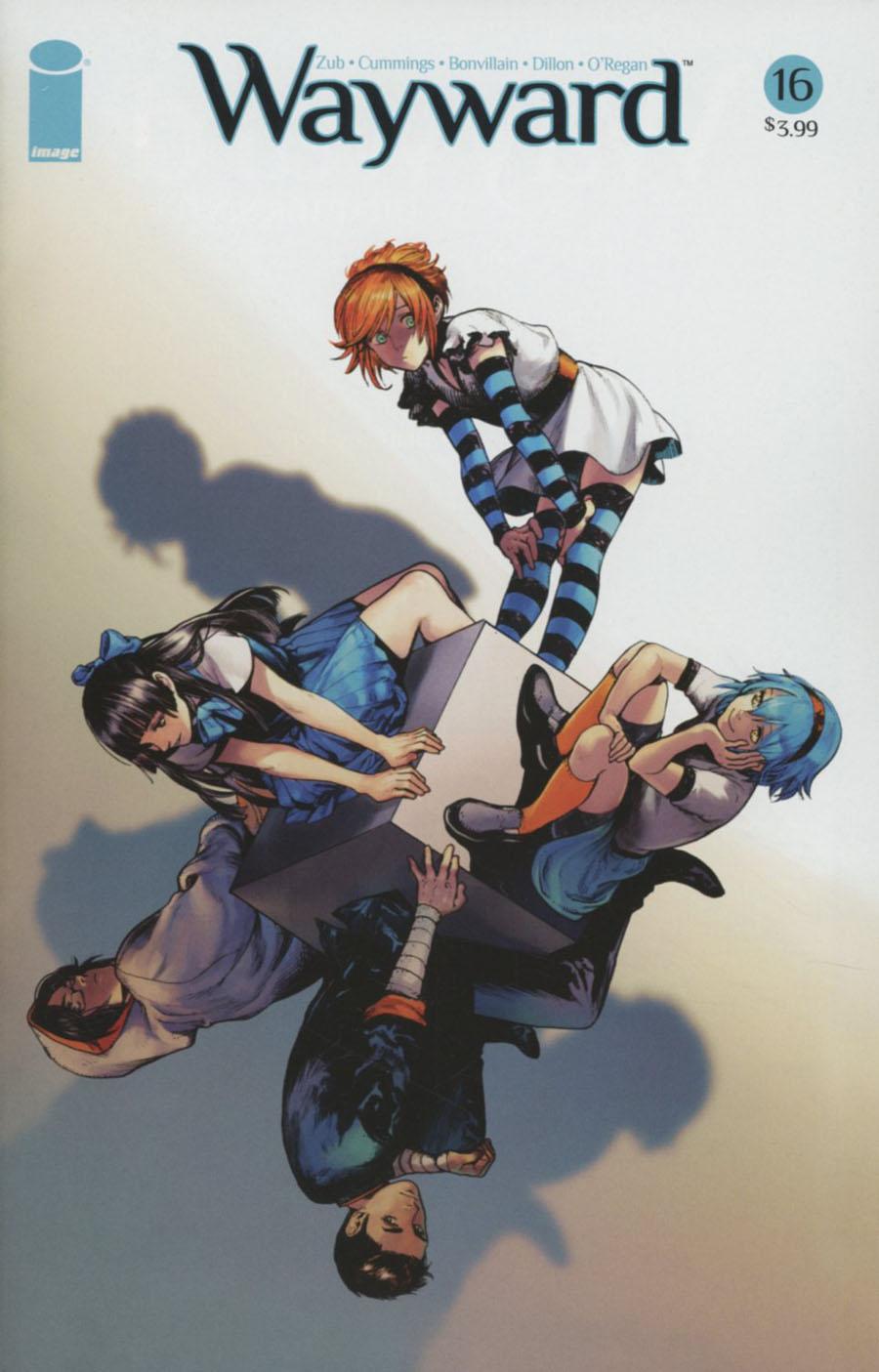 I am seriously enjoying Kamome Shirahama’s style and the star-like formation of the characters. This series has continuously delivered in covers that draw the eye. 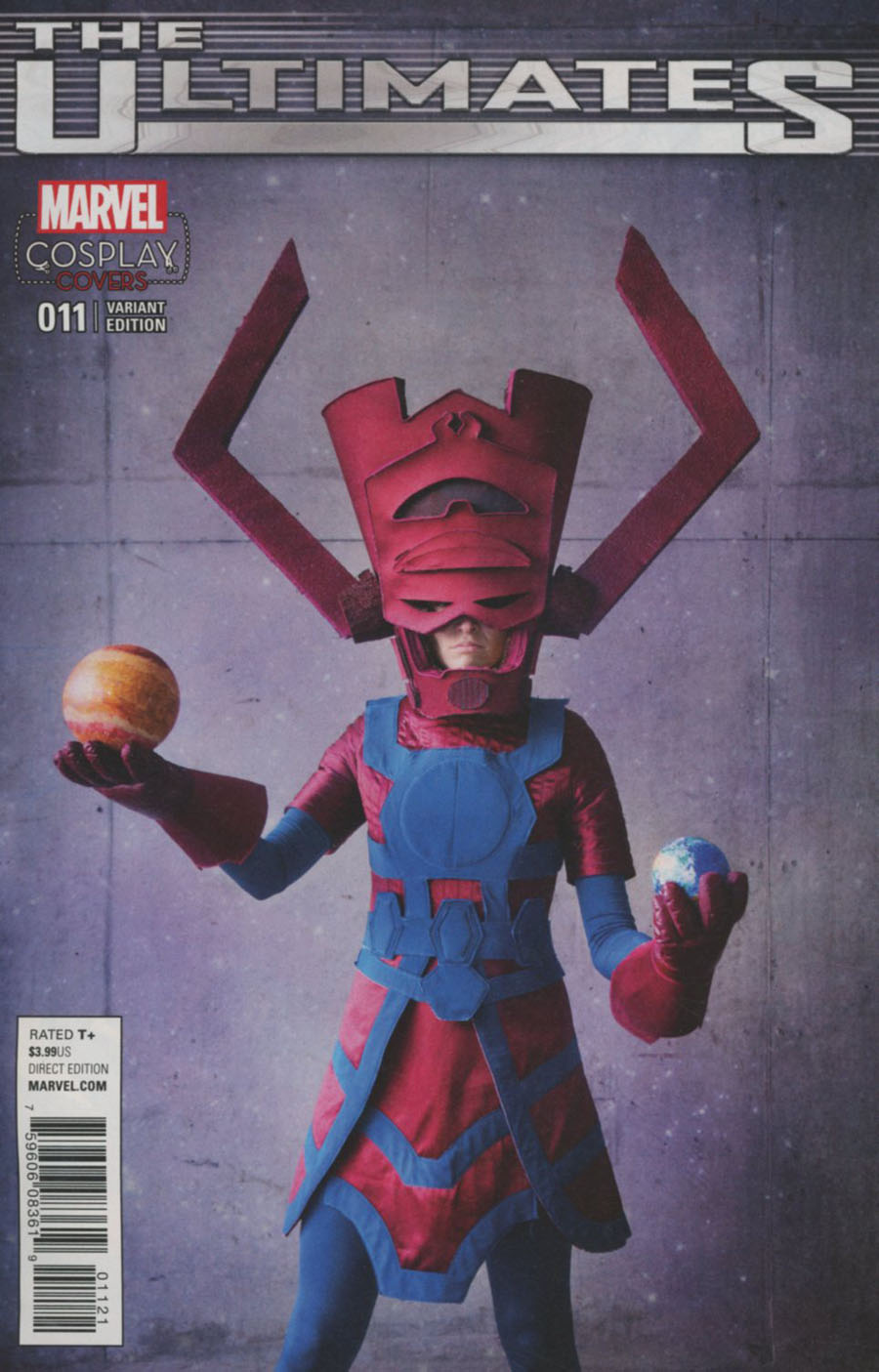 “Baby, I’ve eaten my way through galaxies to get to you. And sugah, I’m here to offer you the world, ya dig?”

Josie and the Pussycats #1

Cover Art by … okay, here’s the deal, folks. There are so many amazing covers for this comic that I couldn’t choose just one. So, I present to you some of my, and what I assume will be Mr. Bob Reyer’s favorites of the bunch. Enjoy! 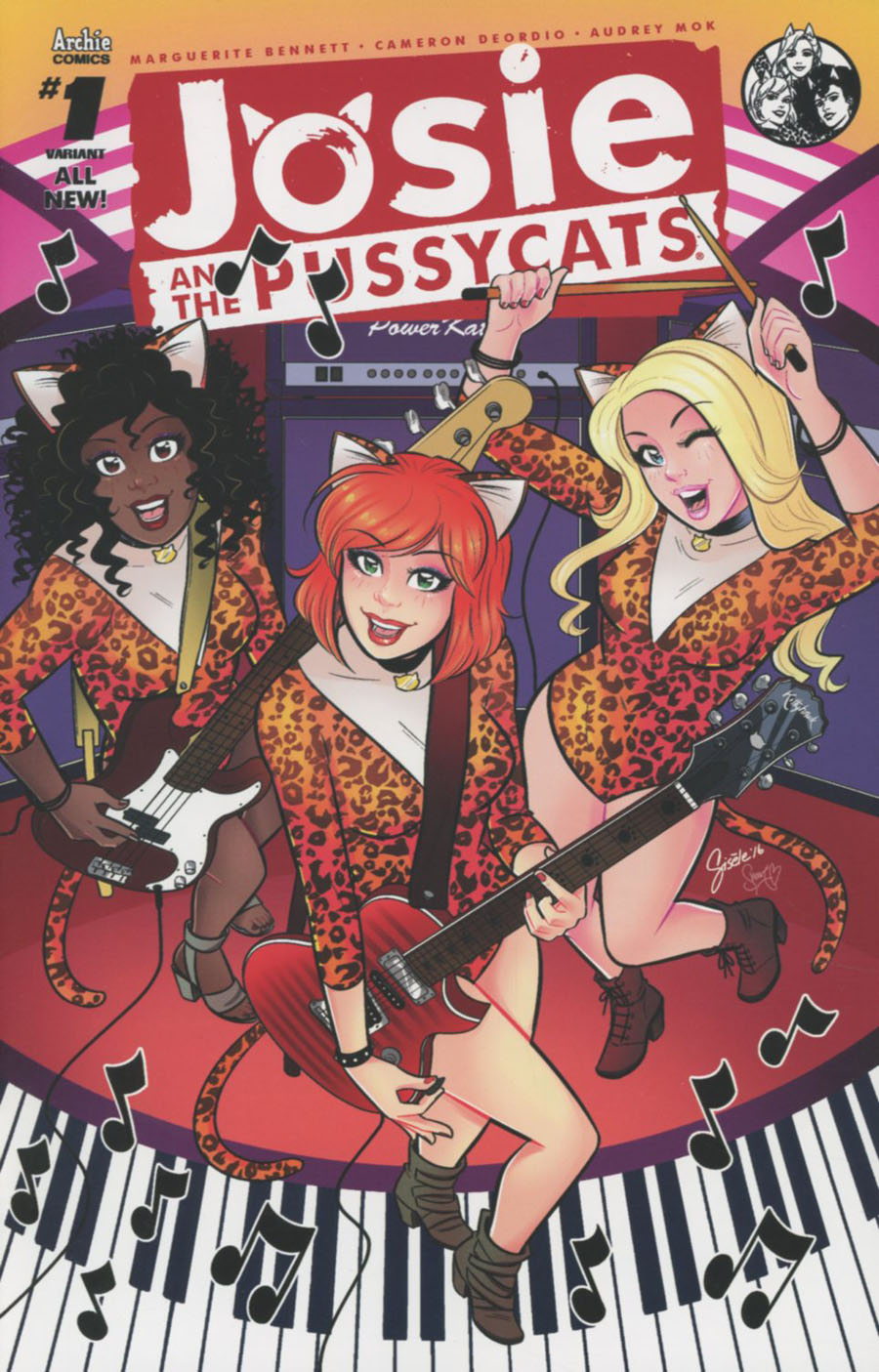 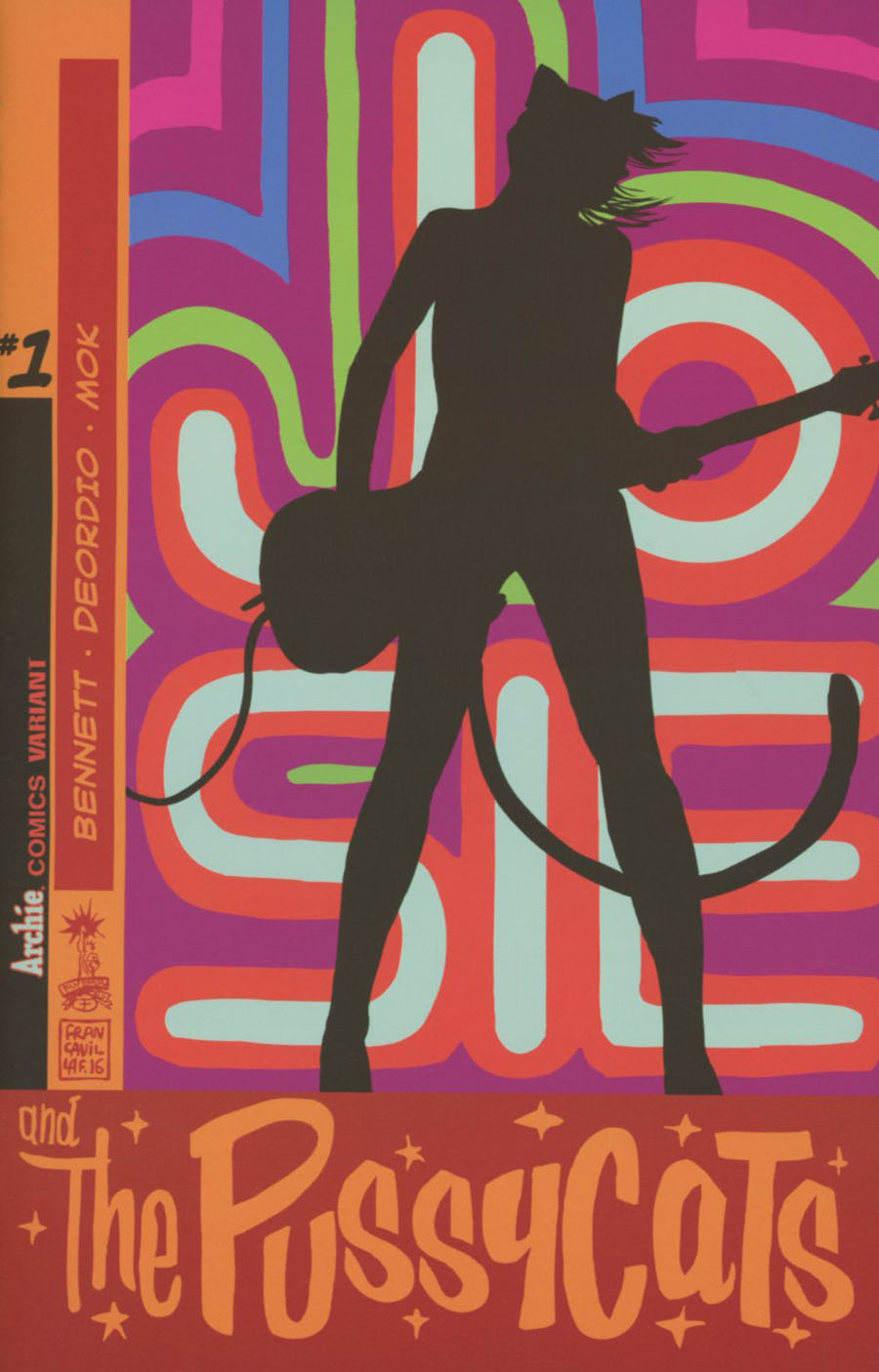 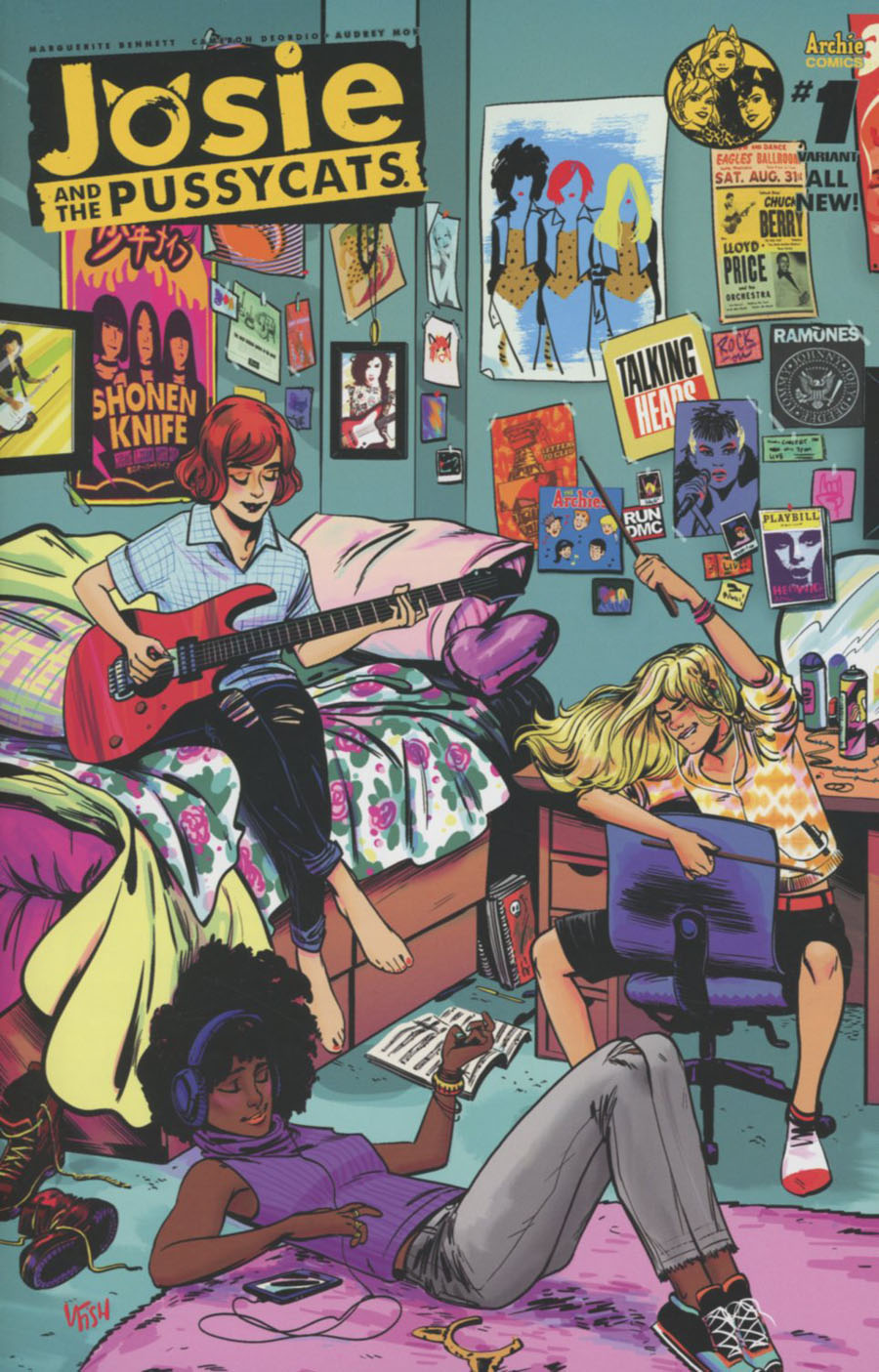 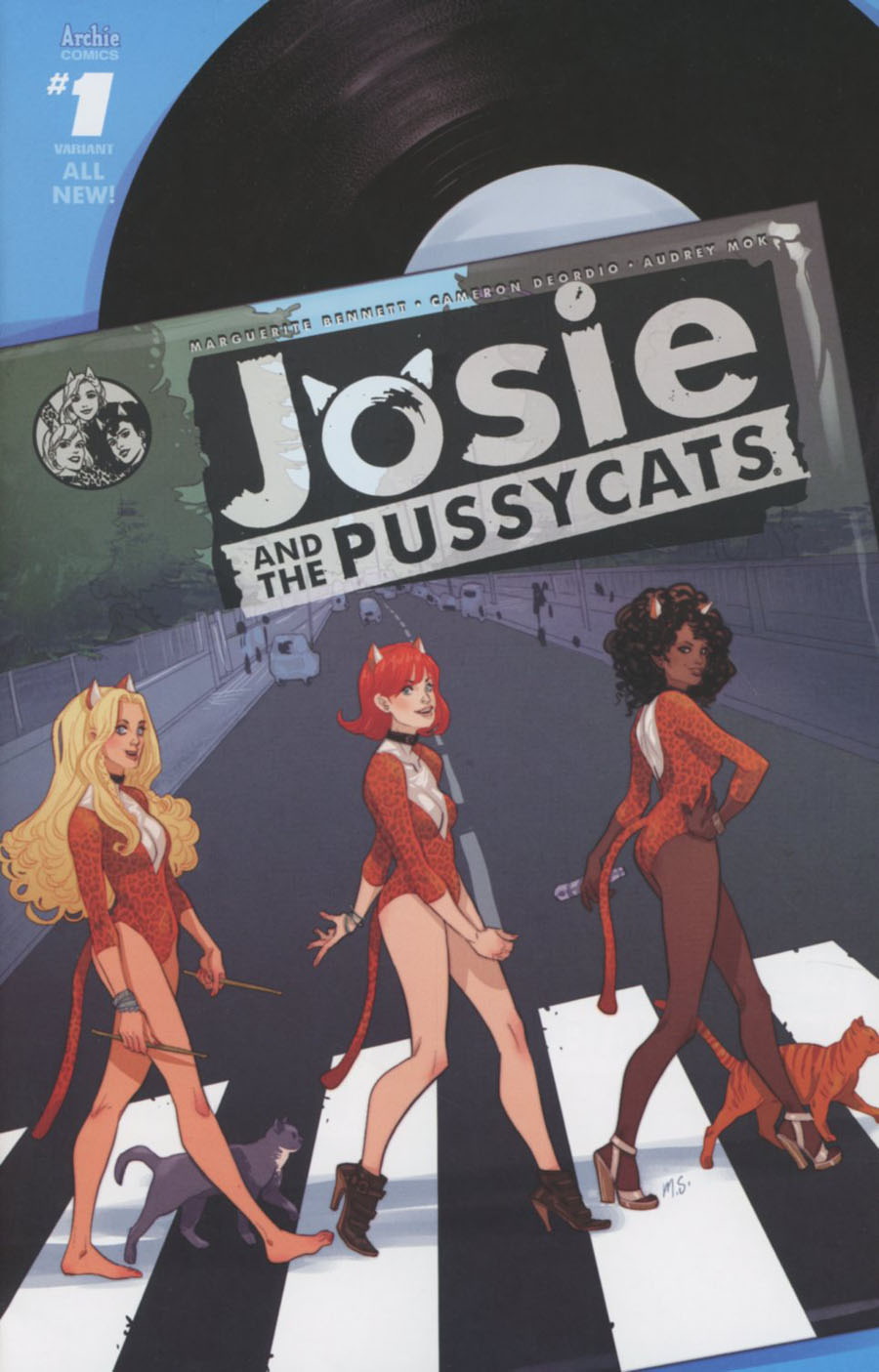 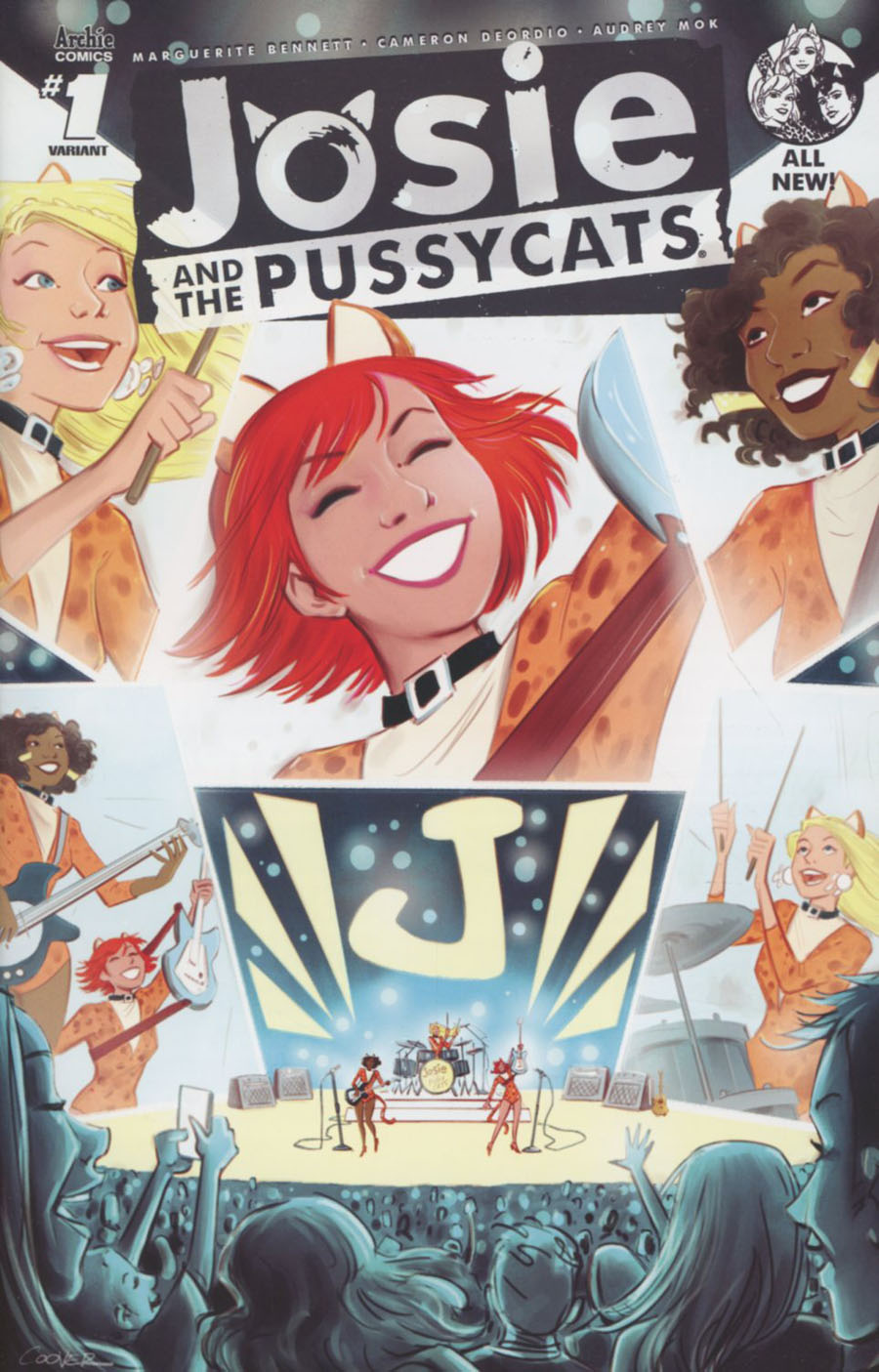 Before I begin, I would have selected at least two of the new Josie & the Pussycats covers, but I didn’t know which ones Steve would pick, so figuring music is his bailiwick, I left the choice to his good offices!–rrr 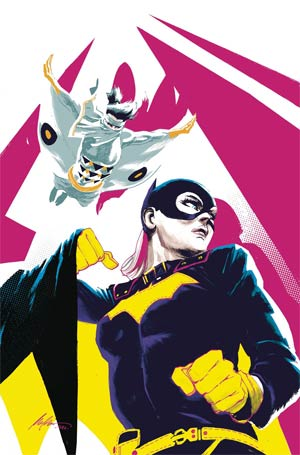 A dynamic “camera angle” really sets this cover by Mr. Albuquerque in motion! 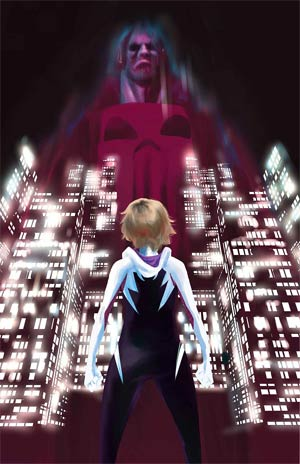 Same sort of look here, with the same dramatic effect! 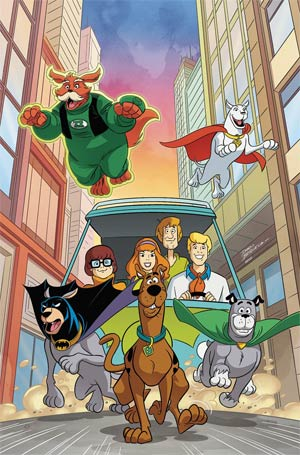 I’ve selected a lot of “cat covers’ over the months, so it’s time to even things up! (I wonder how many times Krypto and Ace, the Bat-Hound have shared a cover?) 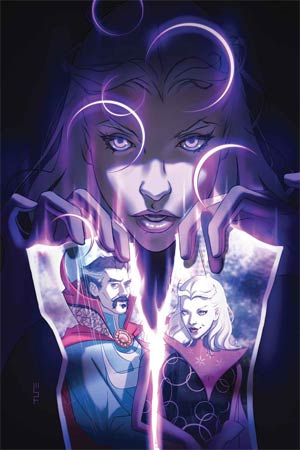 It looks as if Stephen’s old flame Clea is a bit peeved, doesn’t it? 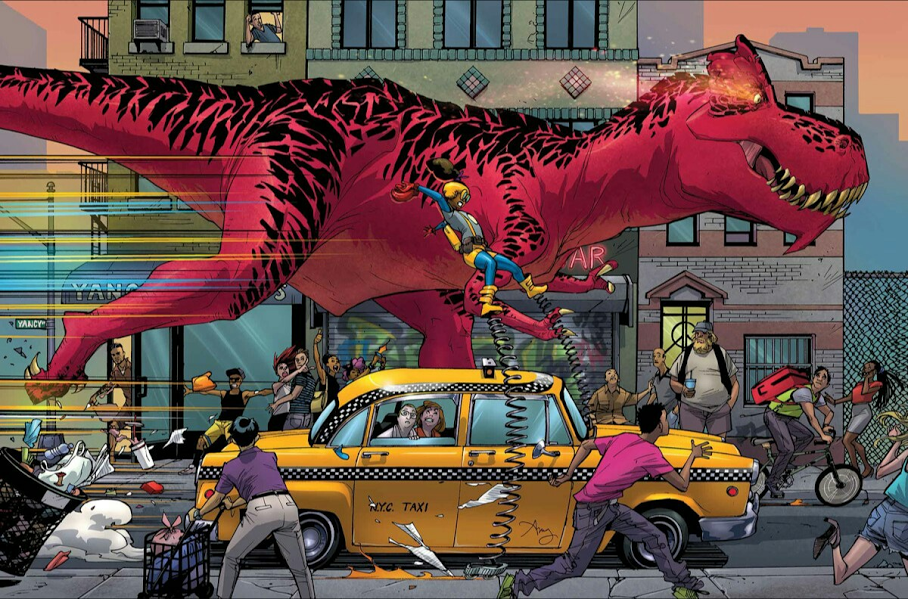 C’mon all of you folks who haven’t yet sampled the wonderful MG & DD, with a cover this charming, you know that you want to buy this issue!

To close on a political note, what with the first U.S. Presidential “debate” having just taken place… 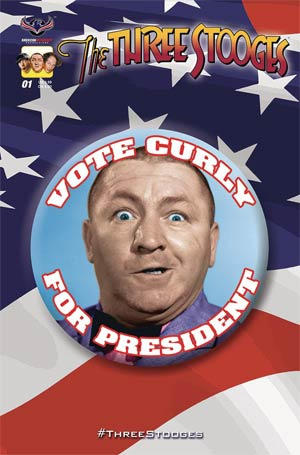 Considering the quality of the two major party candidates in this year’s election, how about a write-in vote for one who will “Make America Nyuk-nyuk-nyuk Again”!

By now you know about one of my favorite bands, Rituals of Mine (FKA Sister Crayon). Well, they’ve dropped a brand-new video for their single “Ride or Die” and it is really something special. Diversity, representation, inclusion – these things matter.

This is a column featuring Favorite Comic Book Covers of the Week 09/28/16 as chosen by Steve Seigh and Bob Reyer of Talking Comics.