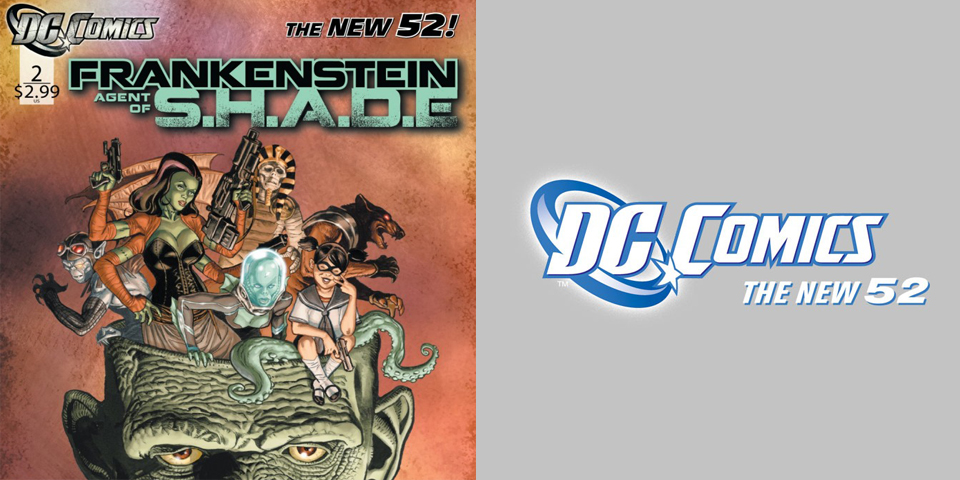 Title: War of the Monsters: Part 2

Hrrn, another epic issue of Frankenstein: Agent of S.H.A.D.E. has crawled its way out of the grave and onto out comic book shelves! This issue continues the battle of Agent Frankenstein and his bad ass team of genetically altered super monsters against a seemingly never ending army of monsters that have invaded the town that surrounds Bone Lake. It’s been discovered that a demon portal dubbed “Dead Space” has opened up at the bottom of the lake and a war between the monsters of above and below has begun. This particular issue of Frankenstein: Agent of S.H.A.D.E. was very simply put … awesome!

Continuing the upswing by the middle of the first issue this new book turns things up to eleven with more plot reveals, depth into characters and plenty of carnage. Some of the panels drawn by Alberto Ponticelli are truly fantastic. At first the sketchbook style artwork threw me off a little bit, but pretty soon I came to find it all but appropriate for the nature of our heroes. So far each and every character fits and is enjoyable to read. That’s really saying something considering that there are many of them. The overarching plot keeps getting bigger and the stakes much higher, pulling you into this monster laden world with ease and giving you plenty of reasons to look forward to the next issue. I know I am.