DIANA, PRINCESS OF THE AMAZONS 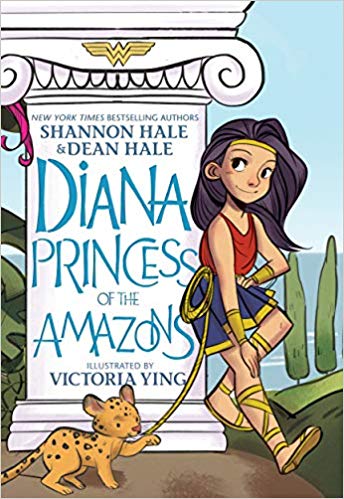 A mini-review by Bob Reyer and Diana Johansson

DC has been doing a very nice job with their line of “Young Reader” OGNs, and for what my opinion is worth (not a lot, based on how the voting went in our “Best of 2019”, but I digress), I believe that they’ve hit a new high-water mark with Diana, Princess of the Amazons.

Written by Shannon & Dean Hale (the team behind the delightful Squirrel Girl YA prose novels!) and featuring art by Victoria Ying, the book relates the tale of an 11-year-old Diana whose life isn’t as idyllic as you would think, what with being brought up on “Paradise Island”. You see, Diana is the only child within a society of incredibly accomplished–and very busy–women, and she’s feeling more than a bit left out and alone as they go about their daily routines. This includes Queen Hippolyta, who is so engaged with the affairs of state that she doesn’t have the spare moment to see her daughter’s rising gloom. 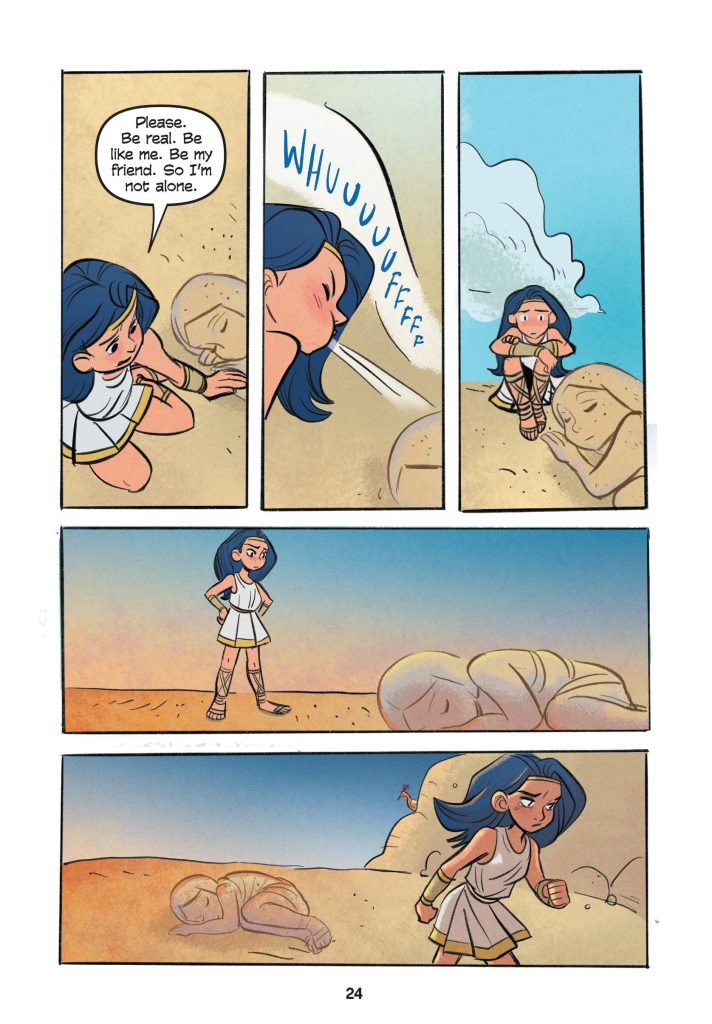 Taking inspiration from her own “birth story”, she borrows some clay from the sculptress Lyssa and sets out to create a playmate with whom she can fill the empty moments. As this is Themyscira, such magic can happen, but Diana’s new friend Mona has a touch of the imp in her, so things spiral out of control quite quickly after a poignant beginning.

There is a charm to how the creative team tells this variation on the themes of Pygmalion and Galatea that is absolutely infectious, with a great depth underlying it as well. (Much like Kristen Gudsnuk’s Making Friends series!) We’re presented with a Diana whom we can see as the future Wonder Woman, but who is also still a young girl in the midst of growing up…albeit one of whom much is expected, which certainly adds to her anxiety!

Whilst surrounded by her Amazon “aunts”, her feelings of loneliness are palpable through the Hale’s words and Ms. Ying’s artwork, and those moments make Diana’s impetuous actions at the behest of her new friend wholly in-character. For me, this attention to the details of the past by the creators make this OGN a lovely new chapter in the grand history of comics’ greatest heroine, and one that I’m fairly sure that Dr. and Elizabeth Marston would approve of, too. 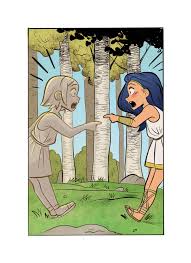 VERDICT: A Must Buy! Certainly, this is a fabulous book for young readers, but this OLD reader (and fervent Wonder Woman fan!) found it utterly delightful, wondrously evocative of all the qualities that have made Wonder Woman special over nearly eight years!

ps) By the way, we have a second “mini-review” of this fine new book, this one from someone who’s part of the target audience, my young friend Diana Johansson…who is actually named after the Amazon Princess herself! Take it away, Diana:

DIANA, PRINCESS OF THE AMAZONS

This book is about a princess named Diana, with no one to hang out with. She has the idea that she means nothing to everyone, as she’s left alone when doing her usual job of counting how many animals there are. One day, she molds clay into the shape of a girl and names her Mona, and just like Diana she comes to life. Mona likes to mess around with Diana, and goes so far that she opens the door to Tartarus–not a good thing!

I give this book a 5 out of 5 stars and recommend this book to people who like Wonder Woman, and I hope you enjoy it!

(Y’know, the young Ms. Johansson made all the best points that I did with much less verbiage; perhaps she should go first next time! rrr)

ps) This is Ms. Johansson’s 2nd appearance in a Talking Comics article! Back three years ago, she was a special part of my piece on I-Con 32 , appearing here with Mermaid Soluna: