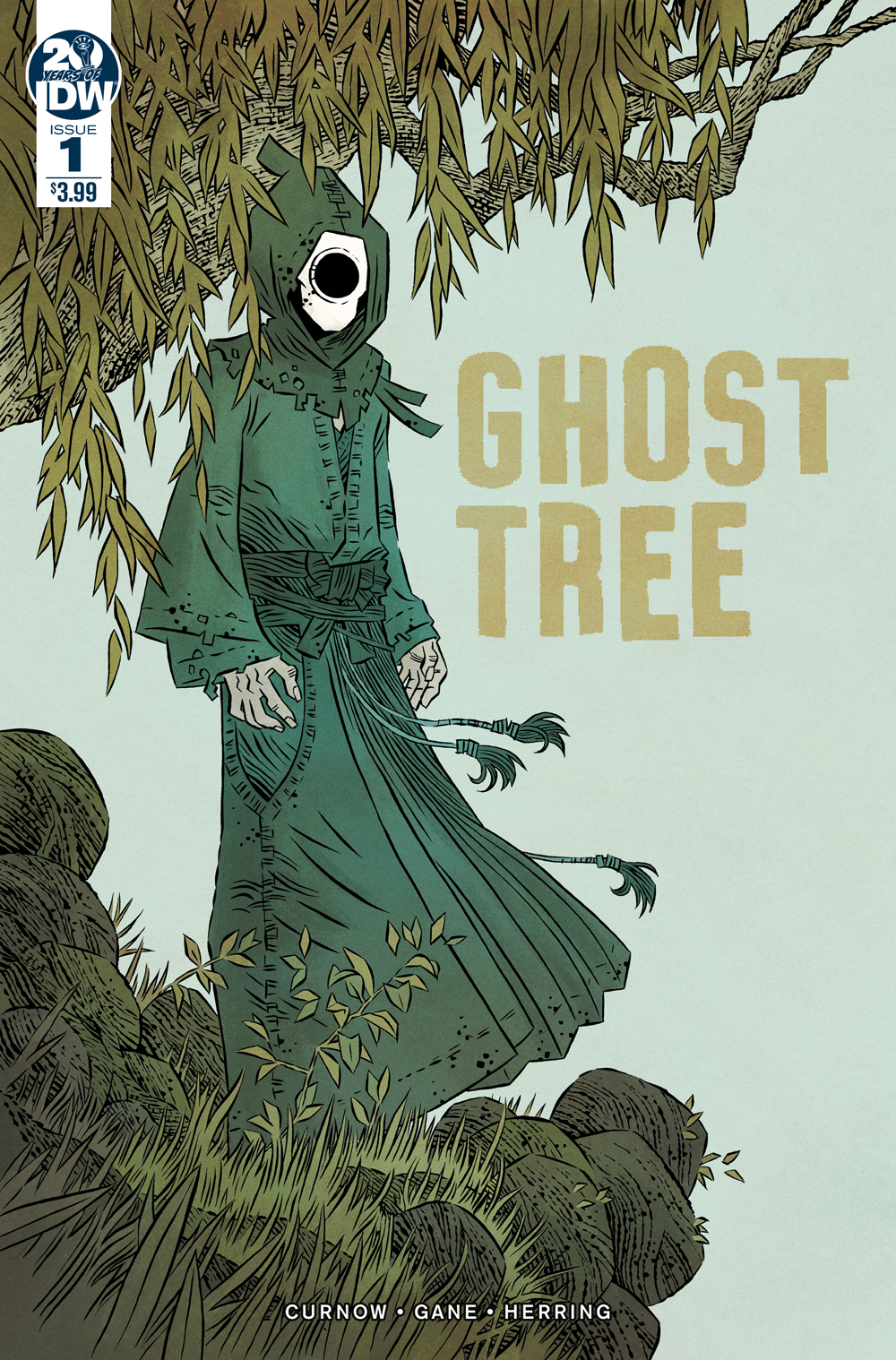 IDW released a non-licensed horror comic, Ghost Tree, last week. It stands out on the IDW lists, since it isn’t a licensed property, and its Japanese influenced, making it a more unique book for the publisher. The comic follows a young boy named Brandt in Japan. He follows his grandfather into the woods to a strange tree, and the grandfather tells the boy to meet him at the tree, ten years after he has died. Fast-forward ten years, and the boy returns to Japan as a man. His marriage teeters on divorce and part of him wishes his father never left Japan. He meets up with his cousin and grandmother, and then he finds the ghost tree.  The story introduces ghosts, tree kamis (think flying, feathered eyeball), and a hoodie figure with a void for a face.

The writing on the story adds enjoyable details to a predictable story. The script foreshadows the plot points before hand. While I enjoyed the story, I wish the final splash page twist didn’t feel expected. The dialogue flowed freely. While Ghost features in the title, the book never feels scary, more like slice of life with ghosts. If the subplots created more feelings, the story would work. It failed to make me care, though.

In contrast, the artist drew quite well. Every face emotes clearly, and everybody stays consistent. The paranormal aspects engage the reader with intriguing designs. The colors pop, by keeping muted green and blue backgrounds and drawing the eye with reds and yellows.

Verdict: Pass. The art excels, but the writing fails to draw me in. I left the comic not needing to revisit it or any future issues. Its not bad, its just not great, and in a crowded field, its not good enough.