The wait is very nearly over, folks! Telltale Games announced today that season 3 of their episodic series based on The Walking Dead, subtitled ‘A New Frontier,’ will premiere on December 20th on PC, Ps4, PS3, Xboxone and Xbox 360. You can pre-order the digital download on all formats as of today and a physical release of the season pass will follow in February 2017. PS4 and PC users will get some bonuses for pre-ordering too, which are detailed in the release below!

An extended look at The Walking Dead Season 3 will be aired during The Game Awards on December 1st. 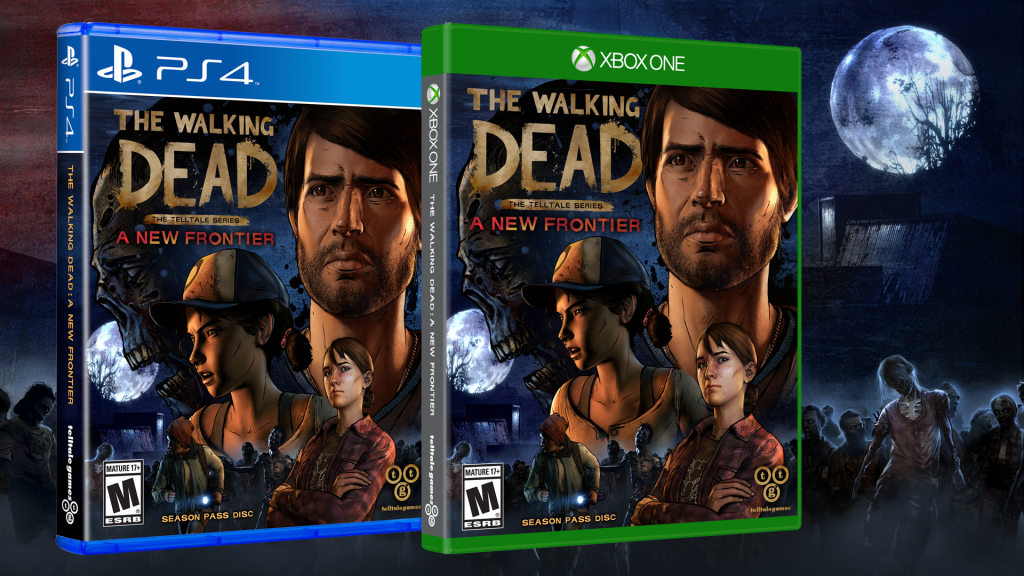 Here’s the announcement in full:

Fellow Survivors,
Today we can share the premiere date and new key art for The Walking Dead: The Telltale Series – A New Frontier, the third season in the critically-acclaimed series.
The first of five episodes in The Walking Dead: The Telltale Series – A New Frontier will premiere digitally worldwide starting Tuesday December 20th on PC from the Telltale Online Store, Steam, and other digital distribution services, on the Xbox Games Store for Xbox One® and Xbox 360®, and on the PlayStation®Network for PlayStation 4 and PlayStation 3. The episode will be available the same day for compatible iOS devices via the App Store, and for compatible Android-based devices via Google Play.
Beginning February 7th, the series will also be available for purchase on a special ‘Season Pass Disc’ for PlayStation 4 and Xbox One consoles, which will include the premiere episode for the third season, as well as access to all subsequent episodes in the five episode season for download as they become available.
PlayStation 4 users can preorder the digital version by visiting the product page on the digital store. As a special bonus, PS4 digital preorders also receive a complementary copy of The Walking Dead: Season Two and The Walking Dead: Michonne.
Steam users can preorder the season by visiting the product page on Steam, with a savings of 10% for preordering.
When family is all you have left… how far will you go to protect it? Four years after society was ripped apart by undead hands, pockets of civilization emerge from the chaos. But at what cost? Can the living be trusted on this new frontier? As Javier, a young man determined to find the family taken from him, you meet a young girl who has experienced her own unimaginable loss. Her name is Clementine, and your fates are bound together in a story where every choice you make could be your last.
A special extended first look at the premiere episode will be revealed live on stage at The Game Awards on Thursday December 1st.
The Walking Dead: The Telltale Series – A New Frontier is expected to receive a rating of ‘M’ (Mature) from the ESRB.
Will you be playing season 3 of Telltale’s The Walking Dead? Let us know if so and what you think of the series so far in the comments below!