One of (if not the) only jingles I loved to hear when I was a prepubescent lass.  I would hear this jingle, probably after a commercial for Dream Phone or Crossfire (my favorite game being the latter, for those who are interested), and I knew the next show was coming up.  I knew had a fighting chance that the next show on Nickelodeon’s schedule would be one of my favorites.

It was scarce when I disliked a Nickelodeon (or even Nick Jr., I’m not ashamed to admit) show.  I disliked these for two reasons, that only 20-some-odd years later I am able to reflect on and recognize.

The ones I didn’t like at first because they were too popular. They were too mainstream.  Look, I’m a weirdo.  I don’t like a show when I know it’s popular, even if I know it’s really good, even if my friends and family are holding a proverbial gun to my head. I’ve never had a good explanation for these behaviors, until I started thinking about these shows.  People would (and still do) tell me I didn’t watch them because I was trying to prove something, that I was unique, that I was trying to prove an “I’m above it all” type of  point.  Not ever having a response to defend myself with, I resigned to this reasoning.

But it is wrong.

But enough about my dislikes.  Most of the shows hit the mark, and they were awesome.  Here are some that particularly stick out in my memory: 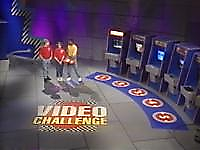 What’s this?  A game show with kids I can relate to AND it’s about video games?  Well, let me put down Super Mario Kart and check out something new!

Nick Arcade looked like your average game show, but it was so much more.  There were usually two teams of two,  a girl and a boy (Nick Arcade? Should be more like Nick Arkade…get it? No? Anyways…).

The teams would compete against each other using video game trivia to win a chance to enter the “Video Zone”, where they would beat the boss, the “Video Game Wizard”.  The main part of this show was the virtual reality games the players were placed in.  You could see them jump into the game and walk around it’s interface.  It was rad as hell!

The best part about this show, however, was the host, Phil Moore.  He would create his own ad-libbed lyrics to the ten-second electronic tune that would play in between rounds.  It would always be something that was just happening in front of them, like “we’re walking over to play this game with Jodie and Sam!”  So memorable.  Such talent.  It was great. 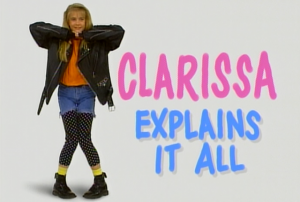 Clarissa was everyone’s BFF.  She had a pet iguana named Elvis, who lived in a kiddie pool filled with sand in her bedroom.  Her best friend, Sam, would Dawson’s Creek his way in there, and they would tackle teen problems through fake virtual reality video games featuring themselves.

I loved everything weird about this show.  I wanted to be Clarissa.  I even rifled through my 12-year-old wardrobe, wore all of the most clashing patterns, and wore my hair in a scrunchie in a side half-pony.  I related to Clarissa, she liked video games, her best friend was a boy, and she had a younger brother.  Unlike my brother, however, Clarissa’s brother Ferguson (nicknamed the nonsensical, yet completely apt “Ferg-Face”) was a little son-of-an-ass who always tried to throw a wrench into Clarissa’s plans.  It made no sense that he was part of this family, where his bigger sister was a fashion icon of the 90’s and his parents were hippies.  Every series needs it’s antagonist, I suppose. 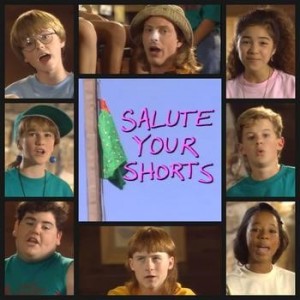 Salute Your Shorts was the perfect meal for your pimple-yielding, cracking-voice having television drama diet.  All of the teenage dietary requirements were there, with the show’s premise being teens with vastly varying personalities co-habitating at a summer camp.

Aside from actually doing it, this show was the closest you could get to attending summer camp with the head of each clique from your high school.  I mean, you had the bad boy (Budnick), the Earth-day do-gooder, (Z.Z.), the chubby comedic effect guy (sweetly named Donkey Lips), the resident nerd (Sponge), the spoiled princess (Dina), and the voice of reason gal (Terry).  There was also the “teen heartthrob” guy, who was changed between Season 1 and 2.

First there was Michael, who was an angsty, “in his head” type:

The villain of the show was the group’s Camp Counselor, “Ug Lee”.  Yep, that was his name. He loved putting sunscreen on his nose.  He was the biggest wet blanket in all of the land, putting out any camper’s fire with his no-nonsense approach to summer:

It was a light-hearted show, and very fun to watch.  Plus, the theme song is singed into my memory like a campfire’s burnt marshmallow.  Did I mention the name of the camp run by this bore is named “Camp Anawanna”?  Say it out loud, and you’ll hear the camper’s message to Counselor Lee. 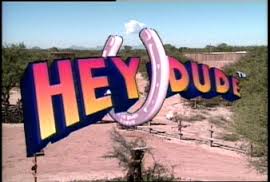 I can’t believe this delicious gem of a show was only on the air for two years.  Hey Dude was a show about older teens working at a dude ranch for the summer, and the dramas of their lives while they were shucking pig manure.  I was 12 years old when I first saw the dudes step foot on the “Bar None” ranch, and I was instantly hooked into their lives.

Much like Salute Your Shorts, each of the Hey Dude characters individually had strong personality traits.  There was Brad, the rich bitch from old money, Melody, the sugary-sweet optimist, Ted, the bad-boy heartthrob who Brad and Melody fought over more than once, Danny, a calm boy who was every dudeette’s “Ducky”, and Mr. Ernst, who ran the ranch along with his pre-teen son, Buddy.

Nickelodeon, continuing along the story line strategies for their show’s heartthrobs, switched Ted out once he figured out the girl he loved was “Veronica: and not “Betty”.  He wasn’t the only one.  He left around the end of the show’s first season:

To be replaced with Jake, Mr. Ernst’s nephew, a low-key guy who doesn’t like responsibility but loves drumming:

Then Jake left.  The casting crew thought, “OK, these guys aren’t working, so let’s bring in a GAP model”.  He was Kyle, a kind of dull bulb, but nice to look at:

The drama was Slurpee-thick on this show for my hormonally budding brain, and I loved it. I’m not sure if this show was aimed towards the 12-year-old girl age bracket, but they tailored it that way perfectly.  I was always running to the television when I’d hear the familiar guitar twang at the beginning of the theme song.   The stories were interesting and entertaining, but most of all, they were heart felt.  A lot of love went into the lives residing on this ranch, and it showed. 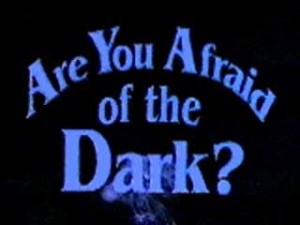 There’s a reason this show was on the air for ten years.  Before feeling Goosebumps, there was Are You Afraid of the Dark there to give them to you.  The show was about a group of teens, “The Midnight Society”, who would meet in a forest every week and take turns telling ghost stories.  Each episode had the same format – The Midnight Society would meet in their secret forest location, fire up some s’mores, then one of them would begin telling a ghost story that transitioned to the meat of the episode.  After the ghost story, the episode would shift back to the teens, and the leader would put out the campfire declaring “Another meeting of The Midnight Society closed”, so they could go back to their lives of jelly bracelets and Hypercolor t-shirts.

The show was as addictive as it was ingenious.  Horror and kids’ shows are usually like oil and water, forced to be kept apart.  Are You Afraid of the Dark was initially shown during Nickelodeon’s Saturday night showcase, SNICK, and it was in the latest slot, 9:30 pm, so your child brain knew it was going to be good because it was on SO late.

The ghost stories themselves always involved a teenager, and varied from cheesy-scary to outright horrifying. I mean, my grown-up self can barely take this clown, from an early episode eerily titled “The Tale of Laughing in the Dark”:

I’m going to go ahead and “spoil” this one for you, in hopes that you run to YouTube and start watching some episodes. To be fair, the acting can be cringe-worthy at times, but in a complete, nostalgically charming way.  You can tell the young actors really want to believe in the characters and the horror surrounding them. With the awesomely written creepy stories, the acting won’t bother you that much.  The Tale of Laughing in the Dark was the first episode I saw of this show, and it was the one that got me hooked.  So turn down your lights, grab some snacks, and read on.

In The Tale of Laughing in the Dark, “Zeebo The Clown” (pictured above) was a clown that worked in a carnival in the olden days.  The Great Depression days, to be exact.  Being depressing days, this clown would steal the carnival’s profits and reside in the haunted house there.  One normal day, while Zeebo was relaxing in his makeshift house and having a nightly cigar, the haunted house caught fire and Zeebo along with it.

Decades passed, and as a tribute to Zeebo, the carnival rebuilt the haunted house and put a dummy model of him in there.  One particular 1990 night, a group of teens challenged their friend to go in and steal dummy Zeebo’s red clown nose.  The legend goes, if you steal Zeebo’s nose, his ghost will haunt you in the night.

You know what? I can’t ruin the ending here.  It won’t have the same impact.  But it was impressive, nonetheless, to have such detail and backstory go into one character for one episode.   This happened every week, with every episode.  Although they weren’t all golden nuggets, the episodes were so haunting, that the adult me still gets chills just thinking about some of them.

There were so many more years, and so many more highs and lows of Nickelodeon shows, but these are the top five that I remember watching, sitting in front of the tube eating pizza, and wondering in my formative years how I could one day write stories as enthralling as these time capsule treasures.