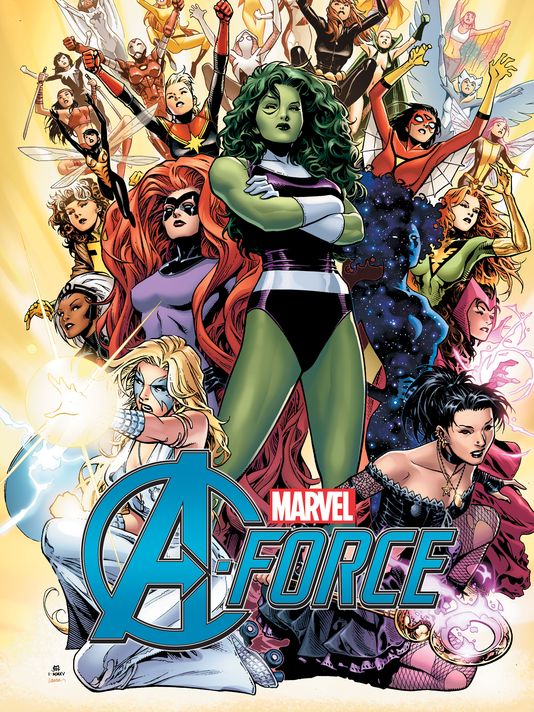 The A-Force team will replace the regular Avengers during the Secret Wars event and will feature She-Hulk, Medusa, Dazzler, Nico Minoru and many of Marvel’s other top female heroines. The title will also see the introduction of a new, cosmically powered super heroine, called Singularity. The team will come be brought together in the Paradise region of the Battle World, inhabited solely by females, to fight a foe from deep within Marvel’s history.

“We’ve purposefully assembled a team composed of very different characters — from disparate parts of the Marvel U, with very different power sets, identities and ideologies,” said G. Willow Wilson of A-Force. “They’ll all have to come together to answer some big questions: What would you sacrifice to succeed? What is being a hero worth?”

Secret Wars hits in May this year.

What are your thoughts on this new title? Let us know in the comments!