According to this report from Deadline AMC have ordered a pilot for a spinoff to The Walking Dead. It is expected to enter production in late 2014.

Described as a companion series by Robert Kirkman, when the show was first announced in 2013, he says the new show is an “opportunity to make a show that isn’t tethered by the events of the comic book, and is truly a blank page.” Kirkman went on to say “There are many corners of ‘The Walking Dead’ universe that remain unseen in the shadows. Being given the opportunity to shine a light into those corners and see what lurks out there is an absolute thrill. I know the fans are anxious to hear what Dave and I have been cooking up for this new universe of ‘The Walking Dead,’ and I’m happy to be one step closer to sharing it with them.” 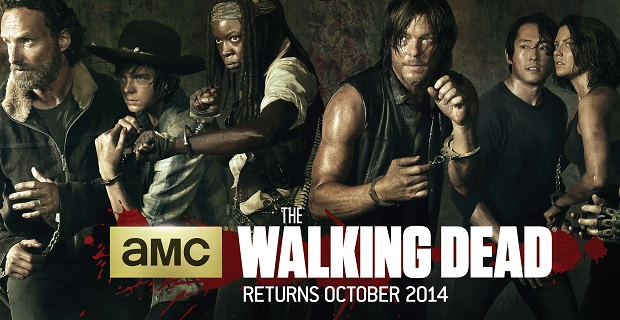 Robert Kirkman, Gale Anne Hurd and David Alpert will continue in their role as executive producers. Dave Erickson, the show’s co-creator and co-writer will serve as showrunner.

AMC President Charlie Collier said in his press release “Almost from the beginning of ‘The Walking Dead’ on AMC, fans have been curious about what is going on in the zombie apocalypse in other parts of the world. In fact, beyond requests for zombie cameos, it’s the question I get asked the most.” Collier also added “Obviously, we all take our stewardship of the original franchise incredibly seriously and we, along with Robert, Gale, David and now Dave, are all proceeding with extreme care in order to ensure that we are offering fans something truly compelling, engaging and distinct. We’re thrilled to be taking this next step with these remarkable partners.”

AMC have described the order as a “pilot episode” seemingly indicating that show is intended to go to series.

Are you excited for this spinoff? Let us know in the comments!