This week is all about TV! Why? Because everyone’s talking about which shows are going to make it and which aren’t, and also because it’s what’s on my mind right now! What do you all have to say about your favorite TV shows?

There are a couple of big discussions happening over in the TV section of the Talking Comics Forum, but first I want to address a show that still baffles me. Moderator extraordinaire lissapunch posted about The Walking Dead this week with an interesting perspective on a show that seems to be everyone’s favorite love-to-hate. Or at least, love-to-complain-about. She says: “…it is consistently kicking ass in the special effects zombie makeup department, which is really enough to keep me watching through the bad times. Yes, I’m that cheap of a date. Zombies are so trendy now which means there are too many being done like shit, so I’m not going to miss some high quality Nicatero zombie work.” So there you are: it really is the zombies that everyone wants to see!

I hate to call this kind of thing news, but in an interview with Collider, Brooklyn-99 co-star Terry Crews said that he would be “game” to star as Luke Cage in the upcoming straight-to-Netflix series. Since then, pictures of Crews without his shirt on have tripled on the internet. You, dear readers and forum members, seem to be on board for such shenanigans.

courtneyk says: “I’ve only seen a little of Luke Cage in the comics I’ve read, but Terry Crews is my favorite on Brooklyn Nine Nine and from what I know of Luke Cage I think he would do an awesome job with the character.”

And Czor agrees: “He would be perfect for the role honestly….I cannot see anyone else in it.” 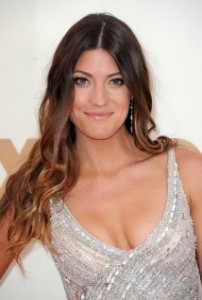 And while iamasianbatgirl agrees, she also asks an interesting question: “I agree that Terry Crews would be absolutely perfect for Luke Cage. That would be amazing. What about Jessica Jones? I was thinking maybe Jennifer Carpenter? I haven’t watched all of Dexter but I think she could pull off Jessica Jones style snark.”

Next, I want to talk Arrow. And, really, so do you all. Lots of discussion happening over here as the season heads toward an end.

Not everyone was excited about this week’s episode, however:

Captain Superior says: “I think last night’s episode was a little bit of a stumble in on the path to the end of season 2. The title of the episode being Birds of Prey was kind of a total cop-out.”

Mr. Bob Reyer agrees: “Arrow might be a fine show and all, and perhaps I’m showing my prejudice, but it won’t ever be the Birds of Prey without Barbara Gordon as Oracle.” 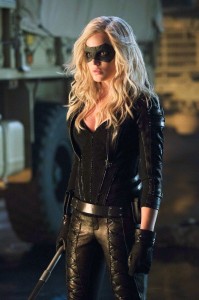 It wasn’t all bad, though. Simon touches on a fan favorite character: “I liked the cool shout out to Gail Simone in the episode. Really liking Black Canary/Sarah too.”

And Chapin gives us a run down of his predictions for the show here. Check them out when you get a chance!

Finally, let’s talk some Agents of SHIELD. Since the show’s been away for a couple of weeks, the conversation has wandered a bit, but what everyone really wants to know is who the guy in the thing was (trying to be spoiler-free, here.)

I don’t want to get too specific, but the presence of the guy in the thing might open a door for a fan-favorite character to make her way into the Marvel Cinematic Universe. MightyMilton–who has my favorite avatar of the week–elucidates: “... what if Carol [Danvers] and her origin are introduced in Agents of Shield and then she appears in a future Avengers movie. I think it would be cool if show characters made the jump to the big screen. If only to prove to Warner Bros/DC that its OK to have show characters in a film (hint Flash hint).”

I saved Agents of SHIELD for last so that I could let everyone know that the show comes back for it’s final few episodes starting this Tuesday, April 1st. This one’s supposed to feature Deathlok pretty heavily, and I will have a review of the episode up Wednesday morning for all to see! Check it out!

And last but not least: between March 24th and March 30th there were 303 new posts in the forums and five new members. The most pulled books this week were Hawkeye #18, Silver Surfer #1, Sandman: Overture #2, Guardians of the Galaxy #13, and a tie for last with All-New Ghost Rider #1, New Avengers #16.NOW, and The Wake #7. Tonight’s musical selection was Melody Gardot, suggested again by lissapunch, with the highlights being La Vie en Rose by Duo Gadjo, Ain’t No Sunshine by Bill Withers, and Worrisome Heart by Melody Gardot. (You guys need to get back on that music post. As it stands, Bob Reyer and lissapunch have the whole thing locked down!)

Thank you for reading, once again. Keep up the good work, members, and I’ll see you in the forums!