“There have been a lot of Skottie Young baby variant covers this year but this one is particularly awesome. It cracks me up to think that Black Bolt’s voice could cause Thanos’ armor to fly off of him like sound waves in a Maxell commercial. I love it! – Steve Seigh

“This cover caught my eye immediately this week. You’ve got this sweet child building sand castles in the sand, and then there’s this ghost and what looks like a hell hound (hell ape?) in the background. It’s weird and the color work is just wonderful.” – Steve Seigh 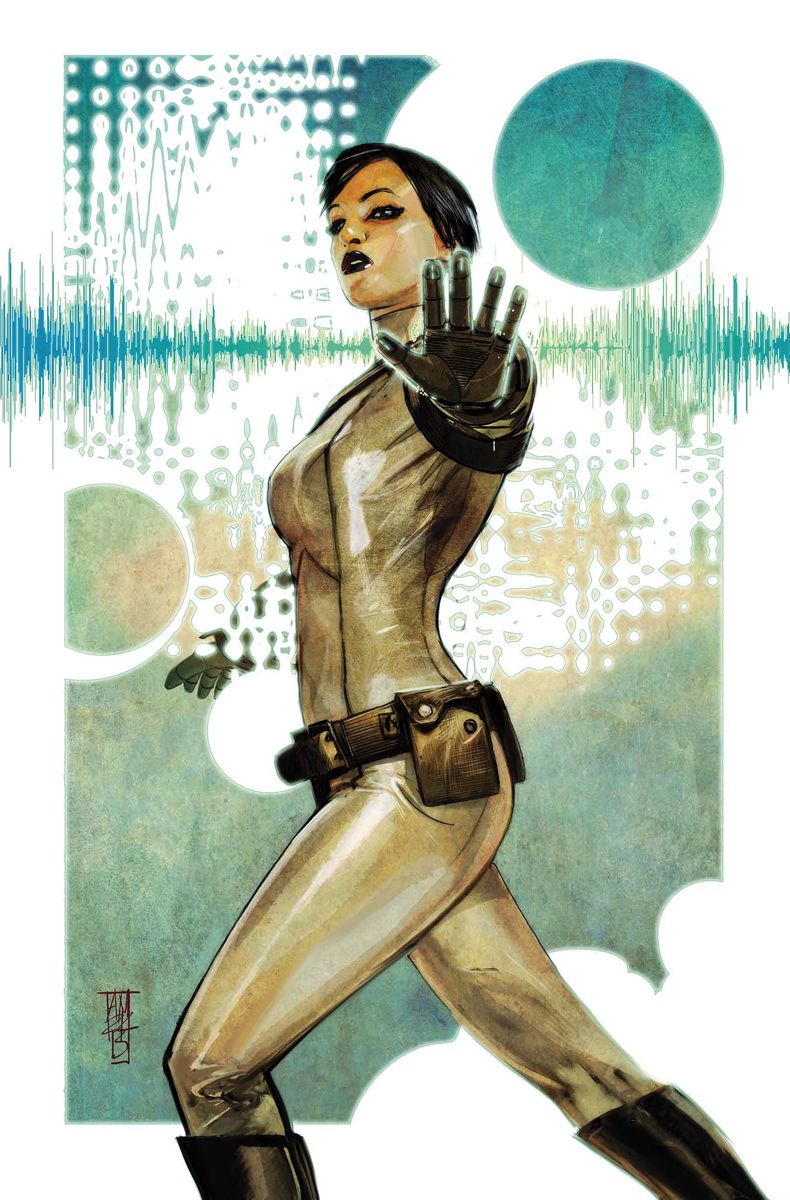 “I like everything about this cover. Whether it’s the striking pose, the techno-riffic background, or the soft colors – I find it striking. Good stuff.” – Steve Seigh “Becky Cloonan has given us some truly wonderful comic book covers this year. I was actually quite surprised to see her work show up on the front of Ales Kot’s Zero #1, but I’m not going to look a gift horse in the mouth. I’ll take it! And, I’ll like it!” – Steve Seigh 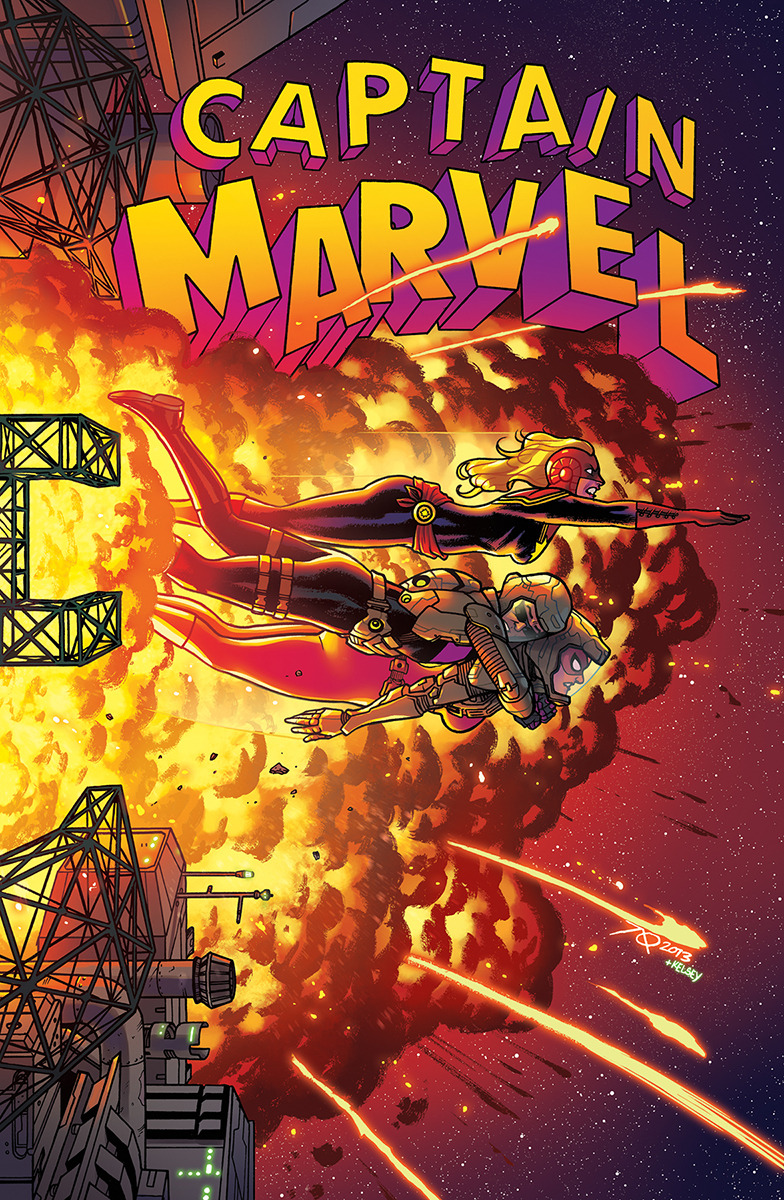 “Any cover by Joe Quinones is a treat, but this one is going to be on my short list for year-end honors! (Mr. Quinones’ cover for CM #11is the leader in the clubhouse!) The sense of movement and energy in this image is amazing, and there are so many fun little touches to revel in, such as the logo blown askew by the force of the explosion, I can’t wait to have this in my hands to check for more!” – Bob Reyer

“Cerebus creator Dave Sim delivers a stunning tribute to original T.H.U.N.D.E.R. Agents series co-creator Wally Wood with this great shot of Dynamo in action. (It’s a loving “swipe” from the cover of Tower Comics’ Dynamo #3.) He’s completely captured Mr. Wood’s style, right down the back-lighting! I’ll let Dave Sim tell you, in this entry from his blog “A Moment of Cerebus” – Bob Reyer

“Just finished the Wally Wood image above — “Never copy what you can trace” part of Woody’s credo gave me license to do just that, although it is a montage with some adjustments (Dynano was originally upside down on the famous DYNAMO cover with his legs together and he wasn’t holding anything and the space ship was traced from an EC story in the IDW book and then reduced three times, traced and transferred). It ain’t Woody, but I like to think it’s just Larry Hama, Ralph Reese or Dan Atkins enough to get me a job with him inking background figures.”

This list was compiled while still listening to the album Cntrl Alt Dlt by the band Free the Robots.