We all knew this little chat was coming. We’ve seen this fight over and over again, both in the New 52 and before the reboot. Match of the Century, Fight to End All Fights…

While Wonder Woman and Superman are more interested in making love, not war, they have their history of battle. Whether they are on the same side or going head-to-head, these two powerhouses put on a great show when it comes to combat. 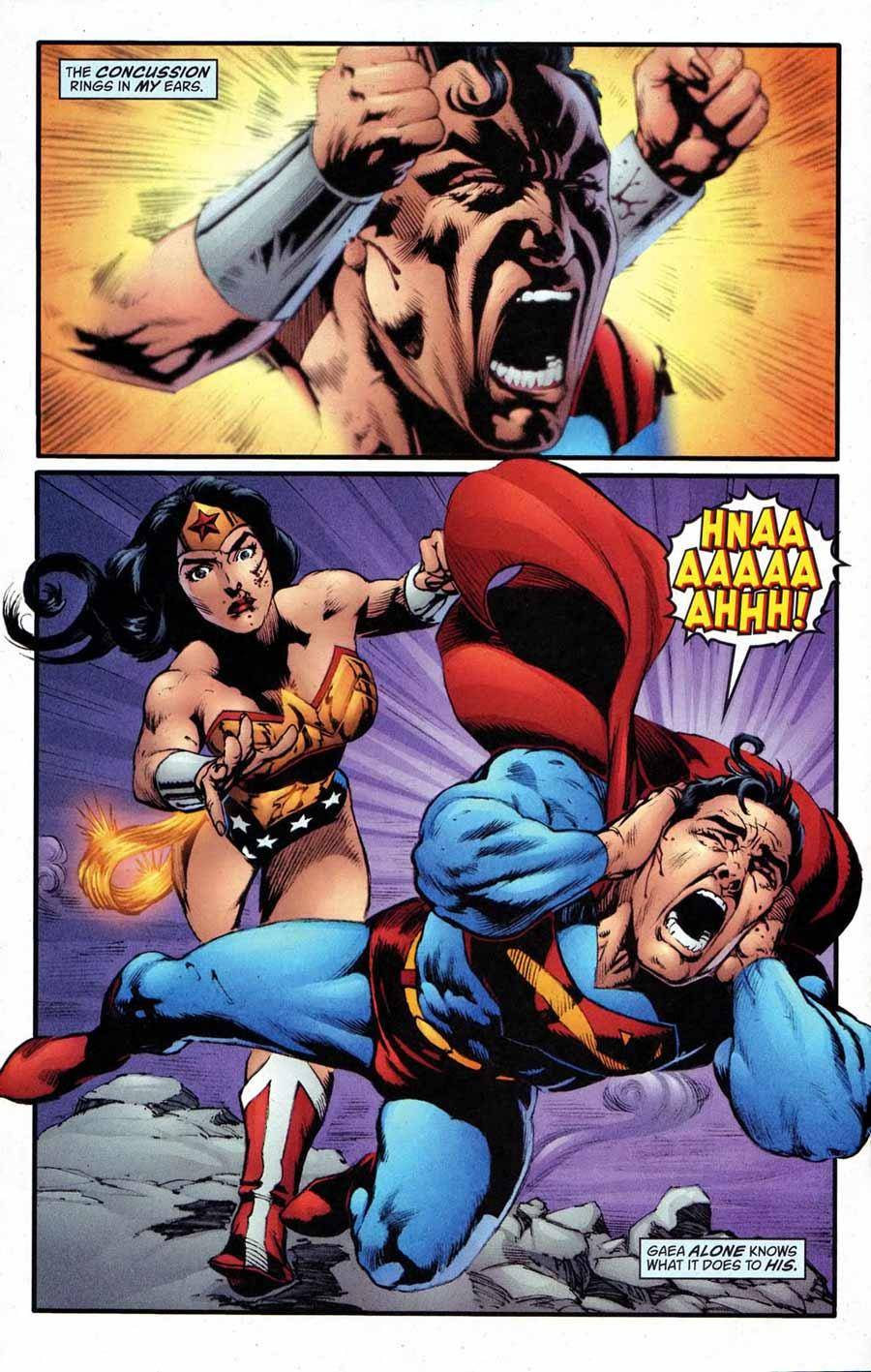 Before we look at the current stats, let’s examine some past Wonder Woman/Superman interactions. Before New 52, we were presented with a super couple that was best friends, not lovers. Their battles together involved teamwork, respect, and compassion. Their battles against each other were few and far between, mostly due to some sort of mind-control or other external influence. When they do fight each other, we see how their powers are extremely different.

For those who do not know Wonder Woman very well, there exists an assumption that she is basically a female Superman in terms of her abilities. This could not be further from the truth. Without hashing out her entire backstory, let’s look at some of the traditional gifts bestowed upon her pre-New 52 (Perez run):

With the gifts given to her in the pre-New 52 run, it is obvious that Wonder Woman is a very well rounded combatant. Instead of focusing all the god gifts on combat, the goddesses fostered an eye for battle and a mind for strategy.

In the New 52, Wonder Woman is a demi-god, much like Hercules. Think about that for a minute. Got it? Remember those bracelets of her used to for defense? The New 52 showed her conjuring swords from them, making them an offensive weapon as well. Now also keep in mind how much stronger she gets in the New 52 series when she takes off her bracelets. Plus, she was trained in the art of war by Ares, God of War, himself. If there was anything the New 52 did for the Amazon Princess, it was reintroducing her as a battle-ready powerhouse. 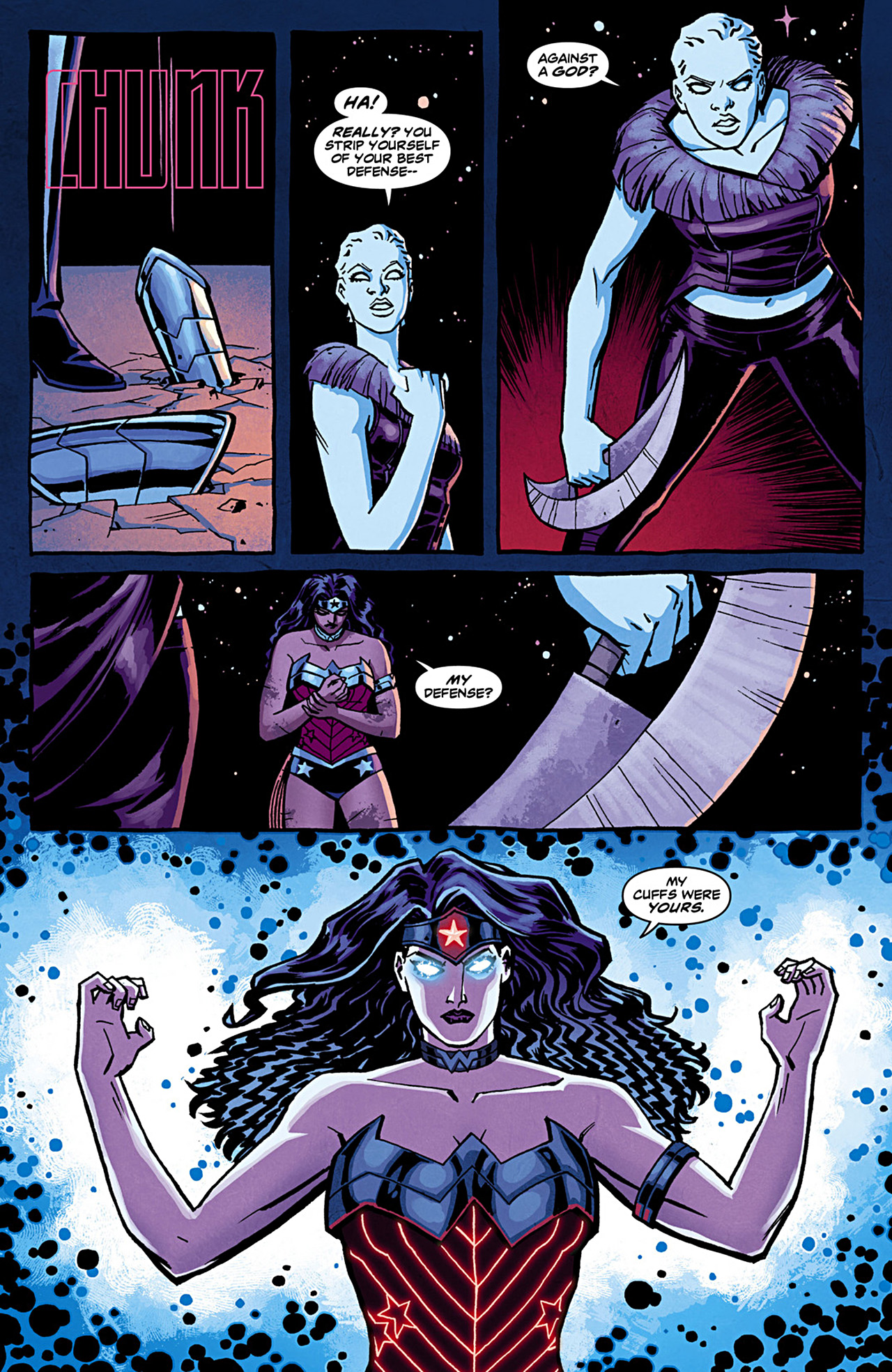 While comic book community members may still be divided on the Superman versus Wonder Woman debate, one thing can be certain: Diana is the whole package when it comes to a superhero powerhouse. Whether you look at her pre-New 52 or only within the New 52, it is hard to deny her natural ability and talent for battle. Raised by Amazons, trained by Ares, highly intelligent, proficient in a variety of weapons, and the willingness to pull the trigger, Wonder Woman is the ultimate fighting champion.

Why is it so important that Wonder Woman is perceived as equal to or greater than Superman in terms of combat? 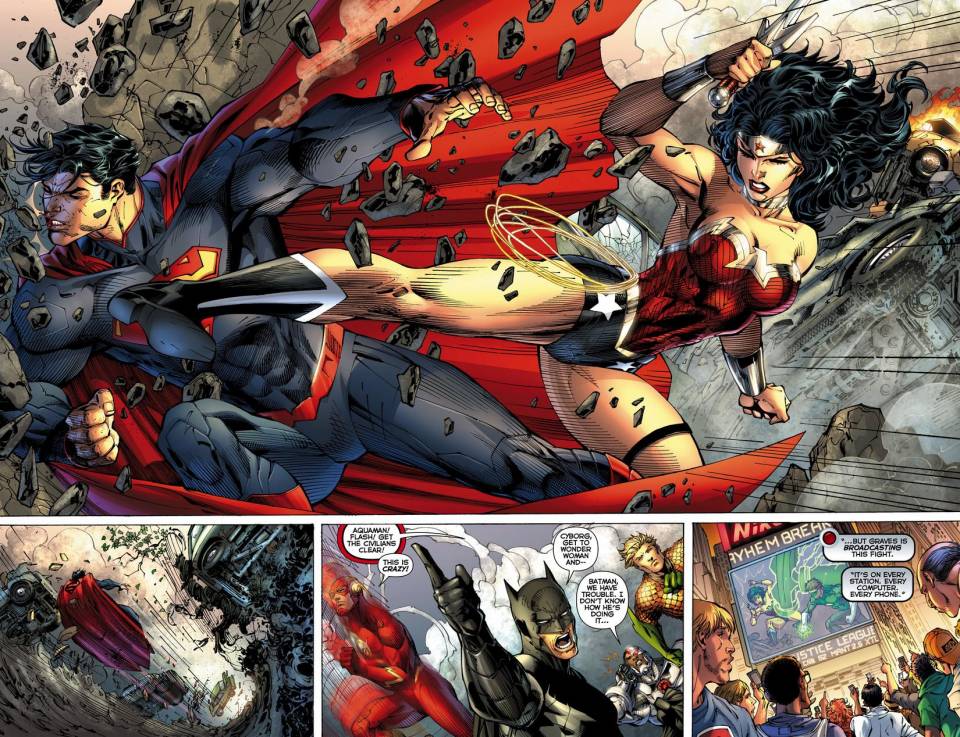 For one, women in general are perceived as the weaker sex. There’s not argument there; it is a commonly held stereotype in American culture. “Weaker” can mean just about anything: physically weak, squeamish, faint-of-heart, ditzy, and less powerful. When Wonder Woman was first introduced, she was held up as a standard for young women to aspire to, a hero that not only held onto traditional female roles but also demonstrated male ones as well. Making her an intelligent woman and a superior combatant was a no-brainer. In fact, it shows that superiority in battle (and athletics, if you want to get real-world) does not boil down to just physical strength. Instead, being strong relies on your preparedness and your intelligence in addition to your physical discipline. 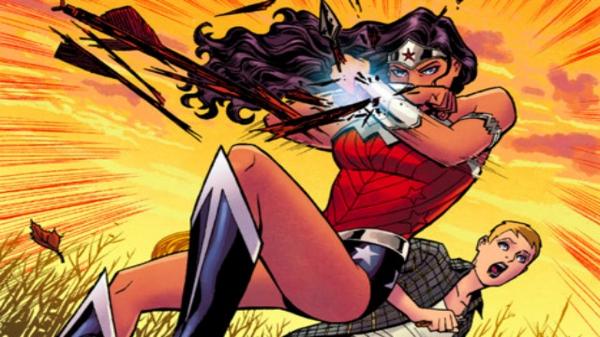 As time moved on, her powers and abilities fluctuated. She wasn’t always the biggest badass woman on the block, or even the most powerful. But, no matter how far she strayed from her roots, she always came back to exemplifying the perfect heroine.

Today, Wonder Woman is perceived as being on par with Superman’s abilities. While there is less focus on her fight for democracy and equality in the patriarch’s world, there is considerable attention drawn to her battle-readiness. The first images released of the New 52 Wonder Woman demonstrated her capabilities on the field. While Superman was more or less born with his strength and abilities, Wonder Woman harnessed her natural talent to become the heroine she is today. That dedication to her physical power implies that she has even more room to grow. No matter the outcome of a Superman versus Wonder Woman fight, it speaks volumes about Wonder Woman’s abilities and power rank in the DC Universe.