2015 will see a relaunch for Archie Comics long-running flagship title ‘Archie.’ Starting with a new #1 issue, the title will see a duo of Eisner Award winners in writer Mark Waid and artist Fiona Staples as the creative team on the book.

Archie Comics co-CEO and publisher  Jon Goldwater was quoted in The New York Times as saying “We want to keep the lighthearted and family-friendly tone, but we have to do it in the present times, and that forces us to change.” The relaunch is part of the company’s 75th anniversary celebrations and promises to bring a “new look and an edgier tone.” Goldwater mentioned his struggle in finding a clear direction for the Archie title and company as a whole, saying “I found Archie to be dusty, irrelevant and watered-down. It has taken me a while to really wrap my hands around where we are as a brand.”

Fiona Staples released a piece of artwork that she has described as “possible new looks” for the book’s characters: 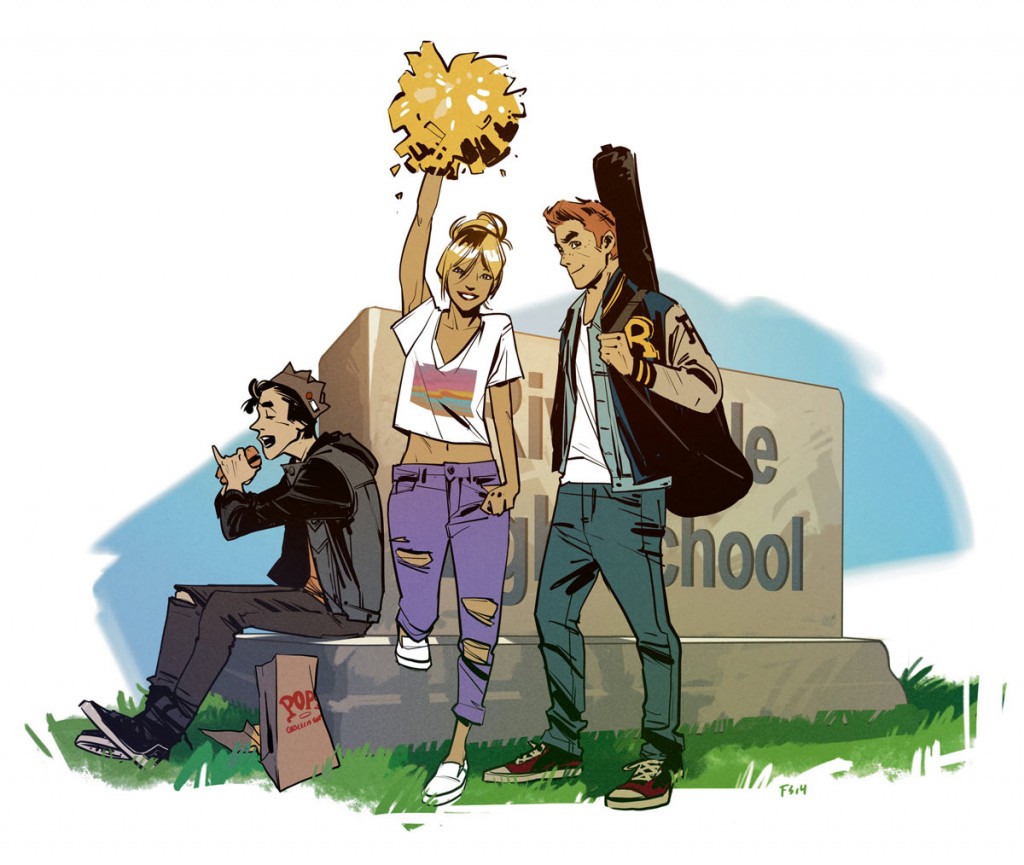 When speaking to NYT, Mark Waid said that the goal of the relauch is to “return Archie to a modern audience.” He went on to say “Over the years, some of the sharp edges have been sanded off, they are kids, and they should act as kids.”

Both Mark Waid and Fiona Staples are no strangers to Archie Comics. Waid has worked as co-writer of superhero comic ‘The Fox,” which is also due to be relauched in 2015 under Archie Comics new Dark Circle imprint. Fiona Staples has recently worked on a series of variant covers for the company, including a highly acclaimed cover for a recent issue of ‘Josie and the Pussycats.’

The new ‘Archie #1’ by Mark Waid and Fiona Staples is expected to be released mid-late 2015.