“It’s all about this cover’s funky color palette for me. I’m so excited that Vertigo seems to be hanging around a bit longer (even though a few months back we were lead to believe that it would be going to the way of the dodo) and some of their upcoming titles have me really excited. I hope that people dig on them and that DC understands beyond the shadow of a doubt that they need to keep Vertigo not only around, but a priority as well.” – Steve Seigh

“This cover is all about the colors. This is eye popping work and looks damn cool to boot!” – Bobby Shortle “Hello kids, welcome to the red, black, and white hour. I’m your host, and really do always enjoy this color combination when used in comic book cover art. Oh yeah, and let’s not forget how cool that playing card looks.” – Steve Seigh “Ah, the game of Life. It’s a windy road that can often lead you onto the path of trouble. Legion knows all about trouble, and Mike Del Mundo knows how to craft one hell of a comic book cover, yet again!” – Steve Seigh “I don’t know exactly what it is that I like so much about this cover but I’m fairly certain that it’s a combination of things. I like that obnoxious neon green background and the way the character is leaping into action. There’s something about the way she’s poised that fills me with anticipation of how much ass she’s going to kick after landing smack in the middle of a group of thugs. I also like the big, bold wording for the title.” – Steve Seigh 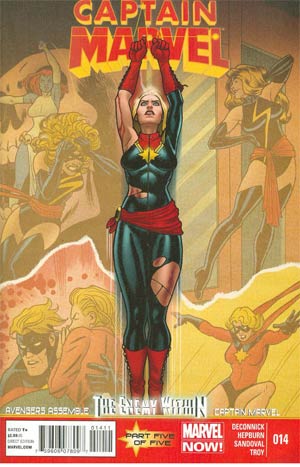 “This central cover image by Joe Quinones certainly shows that Carol is at her best, even when things are at their worst! The background images represent an awful lot of Captain Marvel’s past and present, with art by Emma Rios, Dave Cockrum and what I think is a John Buscema drawing at lower right.” – Bob Reyer
MARK SCHULTZ’ XENOZOIC TALES COMPLETE TPB (Flesk Publications)
Writer Mark Schultz
Artist: Mark Schultz 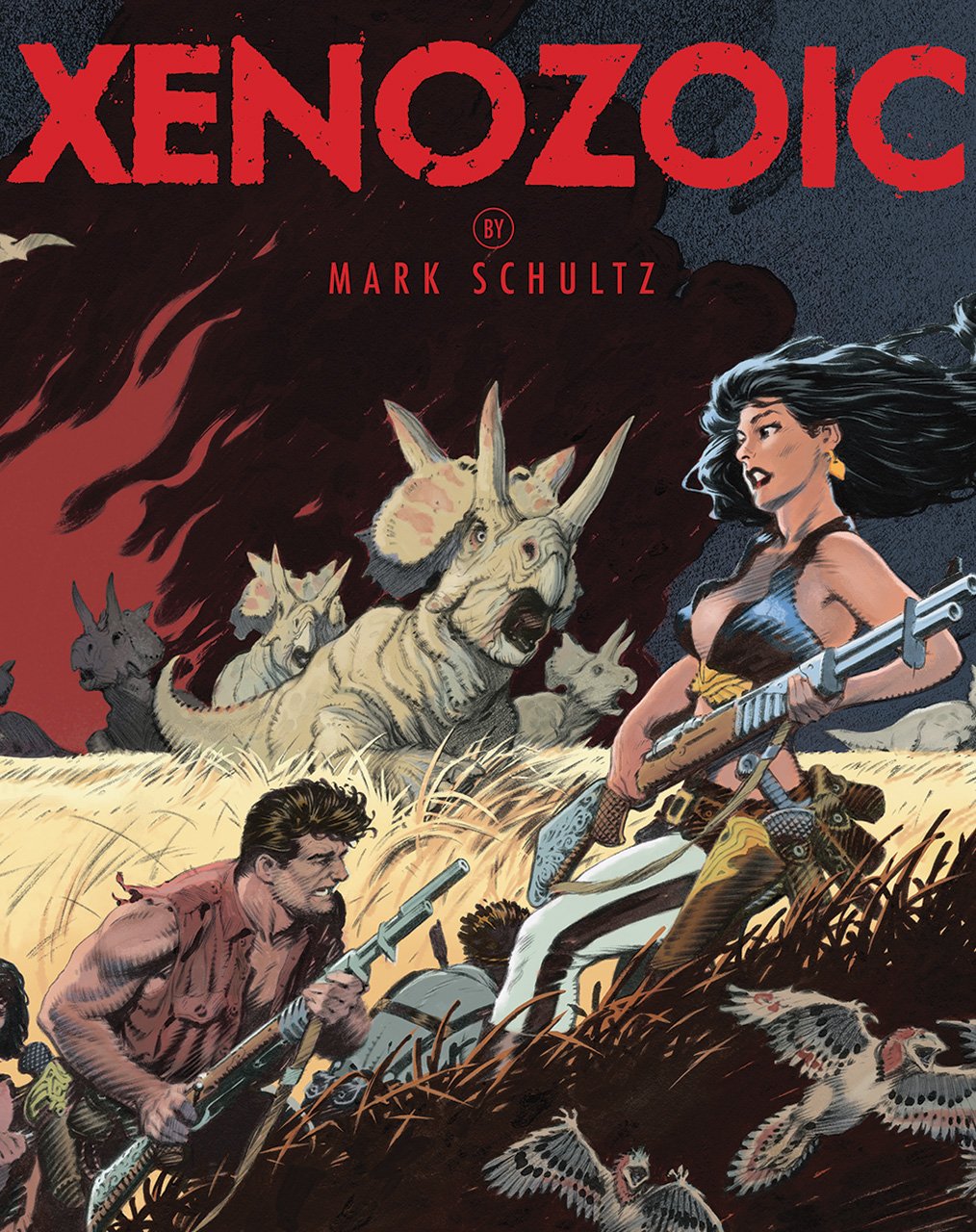 “This reprint of the complete run of Xenozoic Tales (from three different publishers, no less!) sports a cover with the stunning art by series creator Mark Schultz. For those not familiar, this late-80s series was set in a post-apocalyptic Earth where dinosaurs have re-emerged. Mr. Schultz is currently the writer of the long-running Prince Valiant comic strip, but his gorgeous art, influenced by EC’s science-fiction greats Wally Wood and Al Williamson, is something to behold!” – Bob Reyer
YOUNG LOVECRAFT VOL. 3 (Kettledrummer Books)
Writer: Jose Oliver
Artist: Bartolo Torres 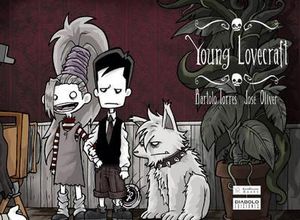 “I’ve never heard of this title, and I am going to have to find out more about this, and isn’t that intrigue what a great cover should provoke? According to the blurb, it’s an “alternate” biography of “Little Howie” and his friends dealing with normal childhood stuff, plus the occasional visit by the dread Cthulhu! I do know that I want to frame a print of this cover!“ – Bob Reyer
– Bobby Shortle’s Favorite Comic Book Cover of the Week –
Batman, Incorporated #13
Written by Grant Morrison
Art by Chris Burnham
Cover by Chris Burnham “How cool is that back tattoo that Betsy is getting?! The past few issues have highlighted the weirdness behind falling in love with a person with three distinct beings. From Fantomex, to Cluster, and now Dark Fantomex…who does Betsy really love, and who truly loves Betsy? This cover does a magnificent job summarizing the events of Betsy’s life as of late.” – Mara Whiteside
– Lauren Kollings Favorite Comic Book Cover of the Week –
Animal Man Anuual #2
Written by Jeff Lemire
Art by Travel Foreman
Cover by Travel Foreman “I don’t particularly recall what Lauren said about this cover, but I think it’s safe to assume that she thought it was creepy and super fly.“ – Steve “I Have Written It Down” Seigh

This list was compiled while listening to the album Odelay by Beck.