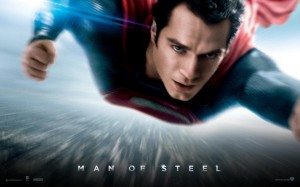 One of the biggest blockbusters this summer is Zack Snyder’s Superman movie, Man of Steel. The crew had a chance to all see the movie before this week’s show, so everyone shares their thoughts on the film.

But before we get to that, we of course need to talk about our Books of the Week which include: World’s Finest, Doomsday 1.0, Princeless, Batgirl, Avengers Assemble, Womanthology: Space, Thumbprint, Ten Grand, American Vampire, Suicide Squad, Six-Gun Gorilla, The True Lives Of The Fabulous Killjoys, Batman, Superman Unchained and more.