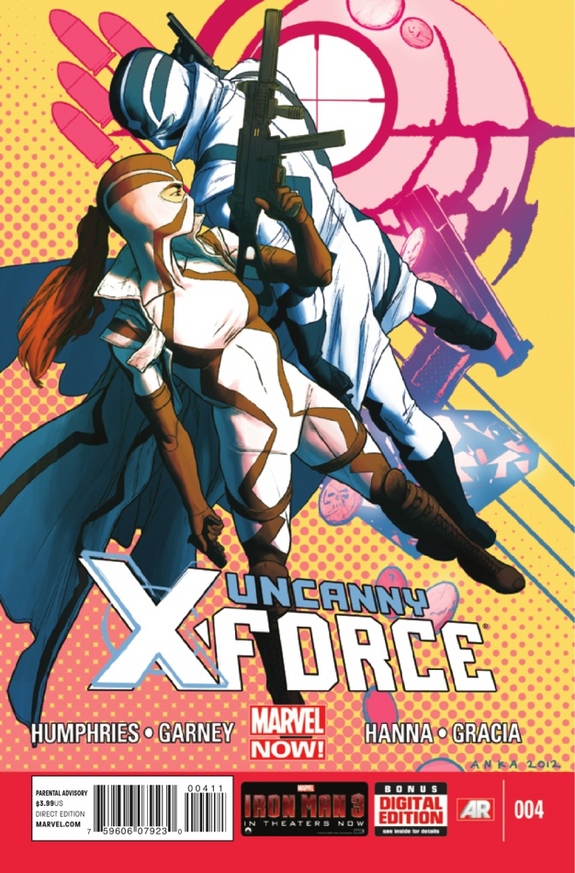 The Uncanny X-Force team starts to take shape in this month’s installment. As with anything else in the Marvel Universe, nothing is ever easy. When we last left off, Bishop has gone mad and is hell bent on chasing down Ginny, a mutant with mass mind control powers, and her guardian Spiral. Betsy’s dive into his head reveals a strange situation, one that may bring about a powerful major enemy for the X-Force team.

In Bishop’s head, a raging bear attacks Betsy. Bishop mimics the bear’s action in real life as he hunts down Spiral. A strange owl manifests in Bishop’s head, forcing Betsy out of the mind and back into the world. While the bear’s origin is not 100% clear, it is possible that this “ghost owl” has immense power and sway over its host. Bishop, the current host, is just a vehicle to the target host, one that will prove to be difficult to fight against.

Fantomex’s relationship with himself/Cluster is slightly disturbing. True, you’ll never find a pair more suited for each other, but there is something strange about hooking up with a female version of yourself. Of course, Jean-Phillipe and Cluster have no qualms over the relationship. Now, that pesky Dark Fantomex is a whole other issue…

The beginning of this series introduced us to a very angry Betsy. There’s no doubt that Betsy had something to be angry about. Remender’s Uncanny X-Force series put her under a lot of stress, enough to break her. The fact that she is still coherent and functioning is a testament to her strength as a fighter. Facing down an old enemy like Spiral brings out the worst in Betsy, enticing her with an opportunity to perform an act of murder. Her growth over the past four issues is subtle, yet rewarding for the reader.

Uncanny X-Force is a buy, mostly for the fact that Wolverine reads an iPad. Just kidding. It’s an action-packed team book that brings a variety of characters with dubious histories into volatile situations. What could possibly go wrong?