“How could you not love this cover? It’s bright, super uplifting, and embodies the very spirit and drive of Captain Marvel herself. Maybe Carol isn’t thrilled about the idea of having to use Captain America’s crumby old hover bike, but she sure looks damn good riding it. Now it’s time to punch some bad guys in the face!” – Steve Seigh

“It’s “Joe Quinones Week” for Cranky Old Uncle Bob! There’s such joy evident in Carol’s face as even though it’s not under her own power, she’s flying into action! The playful pose, and the dynamic sense of movement created by the jet’s exhaust, the tousled hair and those wonderful star-bursts make this cover one that brings a smile to my face!” – Bob Reyer

“Captain Marvel #12 – So we have both shooting rainbow stars AND Captain Marvel literally exploding out of a building on a bad@$$ hoverbike? Joe Quinones wins all the cover points this week. Look how happy Carol Danvers is here! I don’t see that kind of joy in real life!!!” – Joey Braccino “This cover is gorgeous. The black, white, and red colors are all swirling together quite beautifully, and the beckoning nature of Batwoman’s body creeps me out. WTF, indeed!” – Steve Seigh

“It’s creepy, eerie, yet completely beautiful. It’s simply stunning, and I kind of want a print of it for my wall (minus all the Gatefold WTF text).” – Adam Shaw

* This was also Talia Adina’s favorite cover of the week. “I’ve never read a single page of the House of Secrets comic book, but hot damn if I don’t want to now. I’m really digging the dusty, brown base of the color palate and the wind blowing through the dude’s hair. He sort of looks like an Eric Draven who’s been given Thom Yorke’s unique posture.” – Steve Seigh

“I love the Flame Princess. She’s quite possibly my favorite in all of Adventure Time, and I would love nothing more than to have a print of this to hang in my home.” – Steve Seigh “Creepy, yo! i’m really digging the way that the snow appears to be rotting around her hand that’s touching the ground.” – Steve Seigh 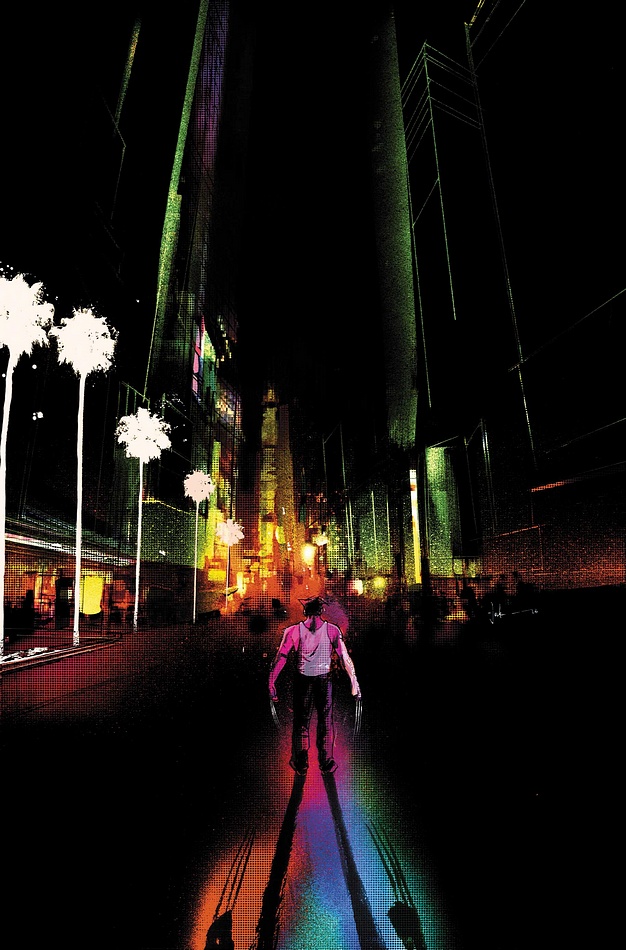 “The out of focus, but vibrant neons give this cover the feeling of a classic 80’s action film. I can just picture this slowly coming into to focus with the credit “Directed by John Carpenter” superimposed on the screen and it’s that kind of evocative imagery that makes this my cover of the week.” – Bobby Shortle “Joe Quinones is quickly becoming my favorite answer to the question “Which artist solely doing covers do you want to see do some interior art?” This homage to a famous WWII photo in New York’s Times Square just tickles my fancy as a nostalgia buff, and certainly makes me want to see what June Covington, the faux Scarlet Witch is up to now!” – Bob Reyer

Black Beetle: No Way Out #3 “Black Beetle #3 – Man, Francesco Francavilla is pulling triple-duty on this passion project, huh? The pulp/horror detective mini-series rolls on under Francavilla’s deft pen (both writing and illustrating), and this cover really hits all the right notes. From the harsh block-letters of COLT CITY to the half-shadowed, half-blistering abstract light in the background, Francavilla knocks this cover out of the gritty, grungey, crime-ridden park. And can we just talk about how fantastic Francavilla’s go-to warm-color palette is? Stunning.” – Joey Braccino “Yo, this cover is so fly!” – Lauren Kolligs. I’m not kidding, that’s what she said. This list was compiled while listening to my dear friends, Terra & Omar’s band, Sister Crayon.