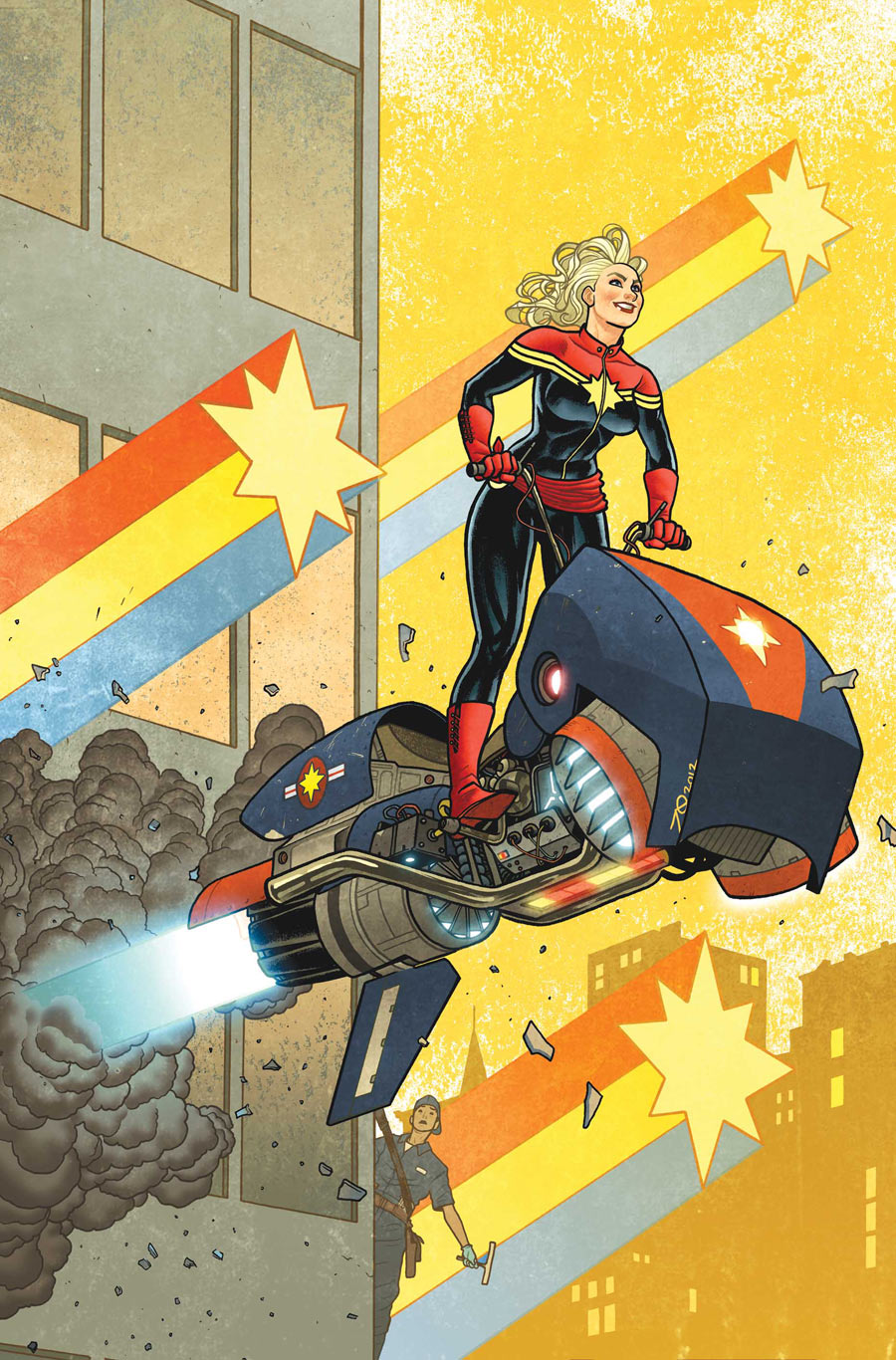 With a growing brain lesion and Deathbird at her throat, things are looking pretty grim for Captain Marvel. She’s stuck on her hover bike, an embarrassing piece of technology that is limiting her fight agility, and cannot under any circumstance fly. When you’re Captain Marvel, staying grounded is not an option.

Much of the action in this issue takes place in the air between Captain Marvel and Deathbird. While the fight itself does little to advance the overall story, it makes clear how much Carol loves to fly. Throughout the fight, she is constantly cursing the hover bike, hating it for the limitation it stands for. It is bulky, unfamiliar, and if she falls off of it, Carol is dead. Despite the risk, Captain Marvel continues to take on Deathbird in the sky.

Meanwhile, Carol’s doctor Nayar starts to unravel the problem behind the brain lesion. She calls in Dr. Ryland, an experienced physician who seems to have a working knowledge of Carol’s condition. A connection to an old friend and some strange circumstances suggests that Carol’s visit to World War II may have some lasting complications.

Surprisingly, the most interesting part of this issue is the discussion between the two doctors. As they rule out certain causes, the mystery behind Carol’s lesion becomes more and more intriguing. Alternatively, the fight scenes between Captain Marvel and Deathbird become stale after a few pages. No major plot points are uncovered until the very end, and the trading of punches itself is a distraction from the medical mystery. This particular issue does not stand up to the previous issues put out by the Captain Marvel team. It actually feels more like a bridge to the next major story arc, one that will center on an old enemy from years ago.

If you have been keeping up with the series, go ahead and pick up this issue. It wraps up the Deathbird arc and gives a taste to what’s in store for Carol and her crew. New reader? Wait until issue 13. And while you’re at it, pick up the Captain Marvel-focused event Avengers: The Enemy Within hitting stands next month.