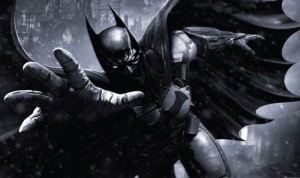 Reported on by Jacob Bryant

Who is ready for another iteration of a Batman origin story? Ready or not it was announced today that we will be getting another one in the form of Batman: Arkham Origins. The game was revealed as the cover story for this months Game Informer and will be released on October 25 worldwide  for Playstation 3, Xbox 360, Wii U and PC.

The game will not be developed by Rocksteady Studios, who developed Arkham Asylum and City, and will instead be developed in-house at Warner Bros. Games Montreal. There was also no mention as to whether or not the game will be released for next-gen consoles which are reported to release next fall as well.

As with most prequel stories, Arkham Origins will take place long before either of the other Arkham games and will star a much more inexperienced Dark Knight. Batman will also be encountering many of his rouges gallery for the first time. The Game Informer article had an image of Deathstroke who will be making his first appearance in an Arkham game.

Warner Bros. also announced that a game would be released for the 3DS and PS Vita alongside the release of Arkham Origins. Batman Arkham Origins Blackgate will also be released on October 25 and will be set after the events of Arkham Origins and is being developed by Armature Studios. The game was described as a “2.5D Metroid-style exploration action game.”

What do you think? Are you excited to dive back in to the Arkham universe or does the fact that Rocksteady isn’t involved a cause for alarm? Let us know in the comments below.