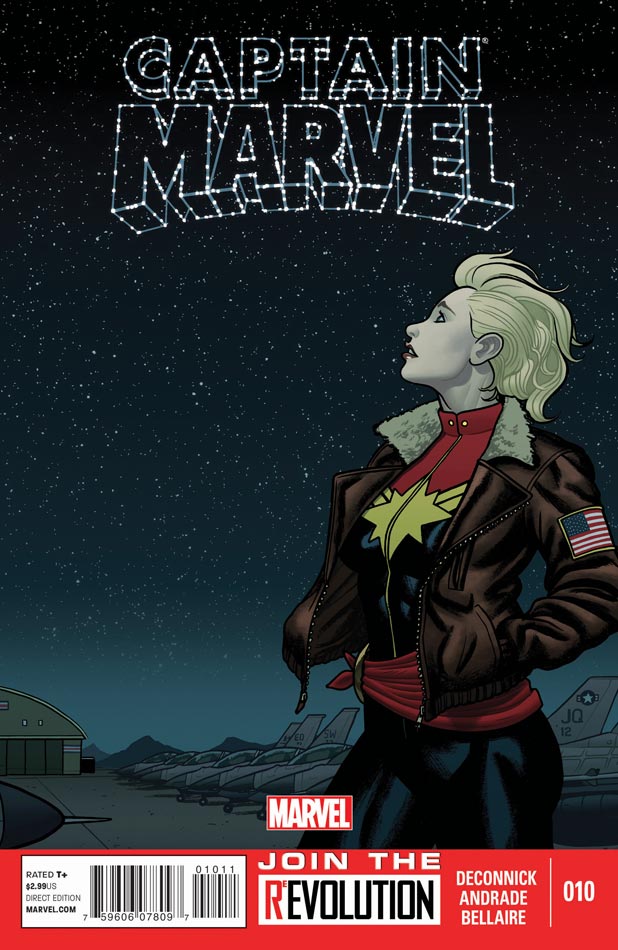 The previous issue of Captain Marvel was remarkable in its simplicity. Following Carol on her day off, readers learned of her unique situation. A doctor reports that Carol has a brain lesion that can burst through flight. Reflecting back to the first issue, readers know that Carol was made for flying.

Carol spends a great deal of this issue denying that anything is wrong with her. She cites her Kree physiology, dismissing that the doctor’s grim outlook. However, Carol attempts to take the doctor’s warning to heart. Instead of relying on flight, Carol makes do with just her super strength. When the F train is “eaten” by the earth, Carol jumps in to help her city. What started out as a reasonably simple task ends up weakening Carol more than normally. The brain lesion is seriously cramping Carol’s style.

Interspersed throughout the story are glimpses of Carol’s day-to-day life, much like last month’s issue. She wakes up, deals with nosey friends, handles insurance forms, talks to adorable fans, argues with a fellow Avenger, and shows some love around the neighborhood. Andrade’s artwork is unique and fluid in issue #10. The action scenes are full of movement, highlighted by the thin, cartoonish bodies. Though the artwork is unconventional from the mainstream comic book, it serves its purpose in creating a fun, lovable book.

Readers can approach issue #10 with little-to-no background knowledge on the series. Within the first few pages, everything you need to know about the character and her situation is lined out. There is no excuse to not jump in on this fun series. DeConnick conveys her love for the character throughout the issue. Carol isn’t pigeonholed into any one role in this issue. From hero, to role model, to dreamer, Captain Marvel is a shining example of the best Marvel has to offer.