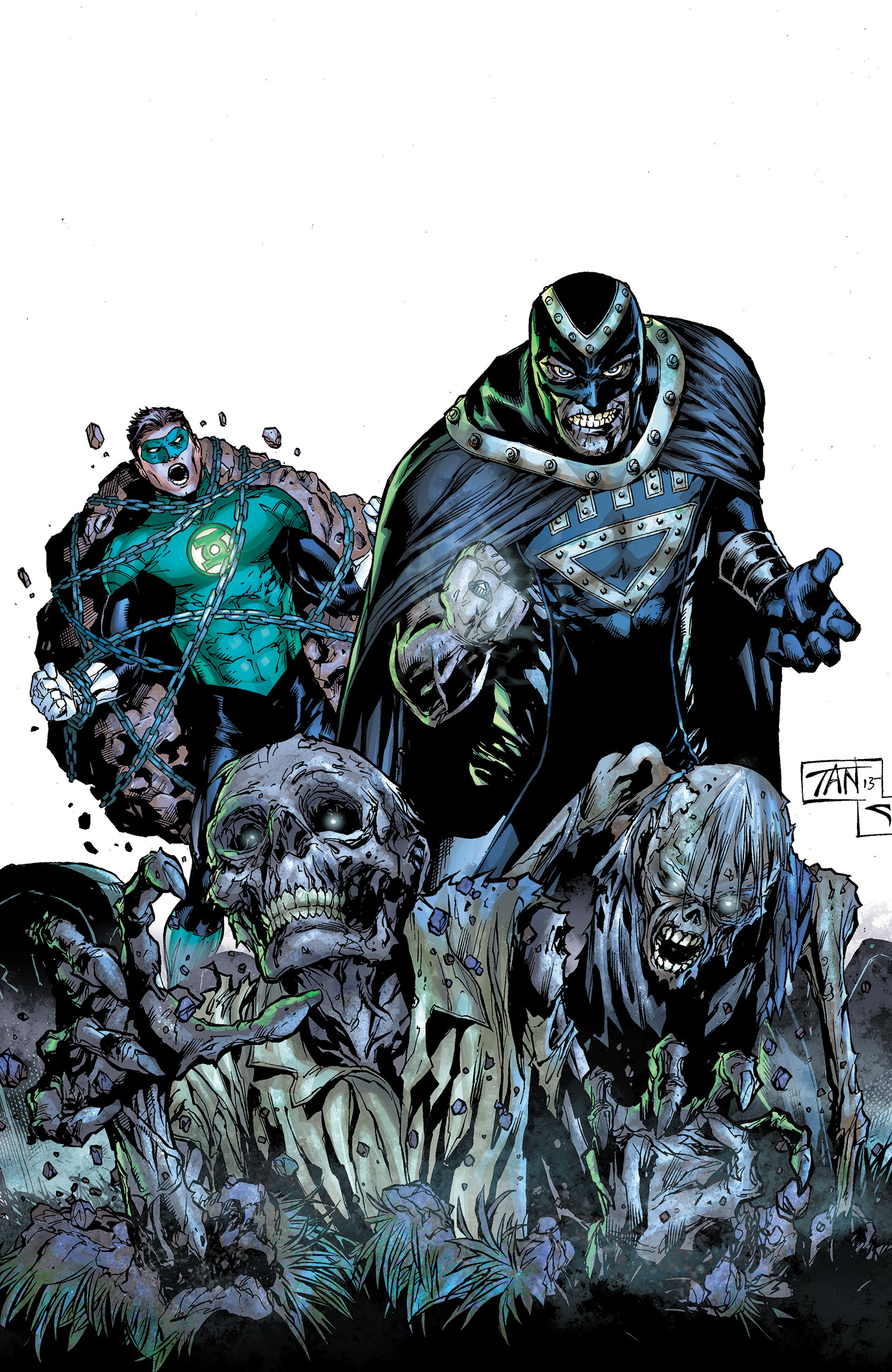 I was first introduced to the character of Black Hand during the Blackest Night event in 2009. From what I understood at the time, this was a c-list villain who received the Geoff Johns treatment in the best possible way. He’s wasn’t particularly powerful, but because he showed that serial killer type of infatuation with death, he became the avatar for the black color spectrum. As Green Lantern continued after the New 52, he became this sort of wayward soul whose hatred for Hal Jordan and those who wield the power rings was a driving force, making him an adversary with a scary side. The Black Hand in Green Lantern #23.3 comes to us directly from the last time we saw him in the pages of Green Lantern, where he was lost in the Dead Zone.

The issue begins with Black Hand resurrected through the power of the black lantern ring and formed from the ashes of cremated inmates from the local asylum. He doesn’t remember who he is or why he’s there, and the issue follows his path of discovery in a city where the population has realized that all the heroes are gone. There are riots in the streets and unrest all around as he slowly pieces together who he is and what he can do. The issue features a few decent ideas, an interesting look at the world of Forever Evil, and a pretty big creepy factor, but in the end is too wordy and retreads too much familiar ground to be the book I really wanted it to be.

This Black Hand is not too far from a zombie himself, and seems to command anything and everything that is dead. This power comes to an almost ridiculous apex about three-quarters of the way through the book when Hand takes over dead cells inside a police officer’s body from twenty yards away, at which point the whole scene starts to look like a George Romero film. The scope of Hand’s power seems way too potent for this mid-level character to have. And while it features one of my favorite lines from a Villain’s Month book (“…Let’s go find you someone to eat) the writing in the book is just too expository to be any fun.

The art is decent, and the sketchy style lends itself well to the zombies and the overall feel of the book, but it’s just not enough to raise the book above the level of just another addition to Villain’s Month. Also, since this issue doesn’t ever get to Hand’s possible indoctrination into the Secret Society of Supervillains, it’s hard to see exactly how this ties into the rest of the books this month.

Wait and see. If you are unfamiliar with Black Hand, this will be a good primer into the character. However, if you’ve been following the character in the pages of Green Lantern, you will be able to feel the lack of Geoff Johns’s loving touch on this twisted man. Also, with no real indication made as to where this story will lead in the coming months, I find it hard to recommend this book to those who are fans of the Black Hand.