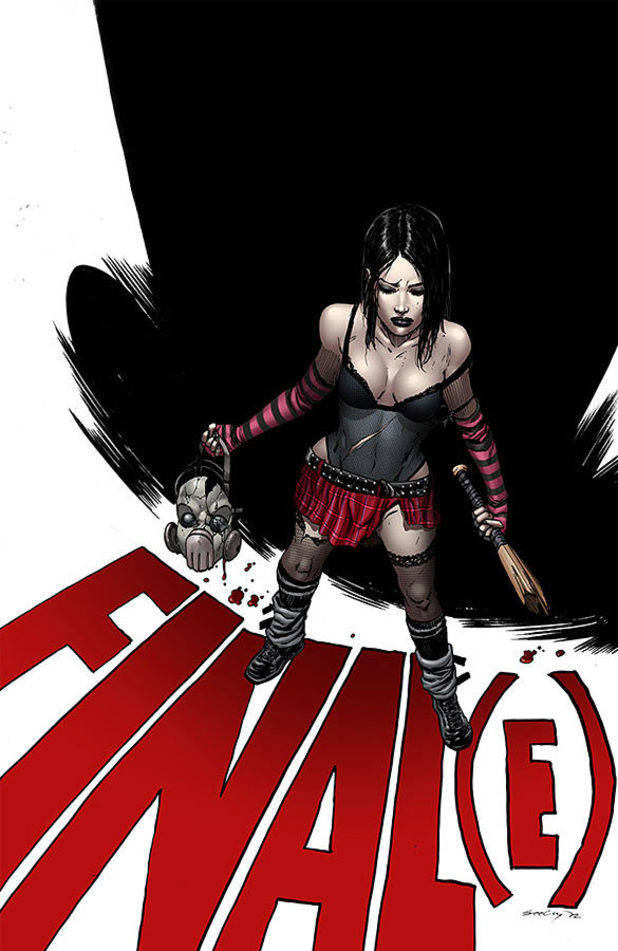 Cassie Hack has a tough life. Her mother turned into a raging killer. She spent most of her young adulthood broke and fighting slashers. She’s had more than one run-in with the law. She been broken and beaten more time than she could count. Yet, there is no doubt in my mind that she would change any of that.

Hack/Slash #25 opens up with a good ol’ slasher fight. Cassie, working alongside the maenads, neutralizes the citizens affected by a poisoned soda. While Cassie fights the slashers, Vlad fights for his life after Samhain stabbed him in issue 24.

Cat Curio and Pooch are left to handle Samhain himself during the brawl. The brilliant girl detective has something up her sleeve, something that has the potential to save Cassie from the inevitable slasher life she’s heading towards. Good-natured Cat is left with either killing Samhain herself or risk being killed.

The final issue of Hack/Slash is filled with cathartic action. Everything builds up until the final pages: Cassie’s last kill. Will she get there before becoming a slasher, or will it be her first kill while out of her mind?

Hack/Slash has always been a book that pushes the edge. A goth girl who favors outfits with easy panty shots can be easily looked over by the comic book snob. Don’t be deceived: the Hack/Slash series is poignant and emotional while also delivering a good amount of cheesy comic book action. The final issue is no exception. The fates of Cassie and Vlad are revealed in this issue, and the reader will leave Cassie’s story feeling validated for their comic book choice.