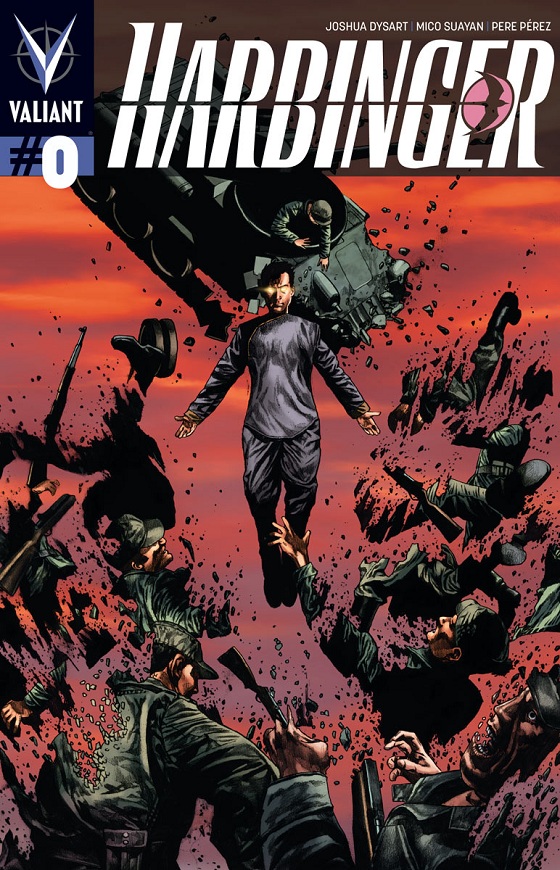 Last fall DC Comics had their zero month. The break in the main stories threw the pacing off in some of their books and wasn’t really needed in others. Valiant’s release of Harbinger #0 sees neither a break in the main story nor a halting of the series’ pace. It fits in well with the rest of the ongoing series and looks to be helping set up events for April’s Harbinger Wars.

The art from Suayan and Pérez does a good job at setting the tone in the present day and flashback pages. Unfortunately, a page breakdown isn’t provided, but it looks as though each tackled a different time period. The present day pages with Darpan have a more cartoon feel to them with brighter colors; something that matches how a child might view the world. In contrast, Harada’s memories are much darker in tone and have considerably more detail to them. Normally, I don’t care for multiple artist in a single issue, but the two of them make it work.

Buy It. Harbinger #0 gives us an intriguing look into the past of the series’ main antagonist, Harada. The narrative, pacing, tone, and art all combine to provide a very solid issue that is one of the best Harbinger issues to be released. If you plan on reading the upcoming Harbinger Wars then pick this up.