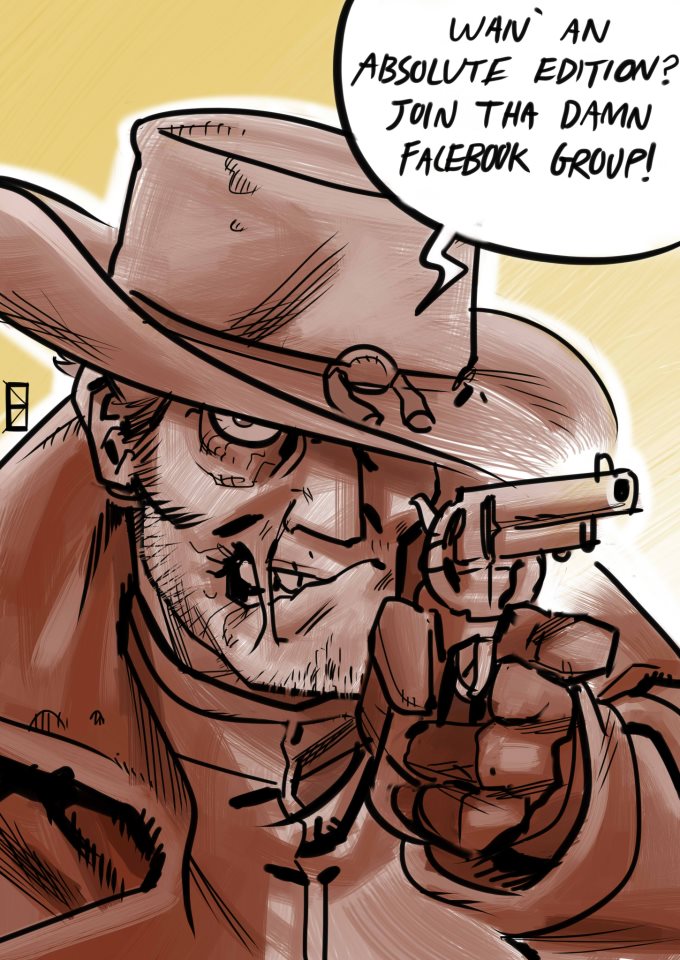 The character of Jonah Hex has had many incarnations since his debut in 1972, the most current one being the New 52 series “All Star Western.” His most popular one though, and the one that really brought public interest back into the character, was the 2006 series “Jonah Hex” by Justin Gray and Jimmy Palmiotti. The seventy issue series ran from 2006 until the relaunch, with Gray and Palmiotti continuing to the write the character in “All Star Western.”

One question that Palmiotti has repeatedly received since the New 52 started was whether or not their entire original run would ever be collected into an Absolute Edition. For those who don’t know, an Absolute Edition is an oversized (8×12) reprinting of famous stories or arcs that have been restored, corrected and usually full of extra bonuses like artwork or scripts. While the series has been released in paperback trades over the years, it has yet to ever be collected into a hardcover collection.

To gauge public interest, Palmiotti decided to start a Facebook group to see who all would be interested in seeing an Absolute Edition come to life. Gray and Palmiotti have had success over the years through the crowd-funded website Kickstarter, so it seems appropriate that they would once again take to the web to see if this can become a reality.

In a statement released by Palmiotti, he had to say this about the page:

“I have been asked many times online and at cons if there will ever be any hardcover collections of Jonah Hex coming from DC Comics, or an Absolute Edition, so I figured a fun way to find out if there really is any interest in such a thing was to form a Facebook page and test the waters. Comic fans are a very vocal group and I have found the great thing about working for a company like DC is that they go out there and listen to the fans…online, in stores and at conventions. At the very least, its another place where fans of the books can meet up and discuss past and present issues of both Jonah Hex and All Star Western.”

If you have any interest in joining the group you can click here.