With the final day of New York Comic Con wrapping up, Marvel put on a panel for its host city. The Spider-Man panel was hosted by Director of Communications Arune Signh and featured Dan Slott, Joe Keatinge, Mark Waid, Kevin Shinick, Ryan Stegman, Cullen Bunn, Declan Shalvey, Steve Wacker, and Ellie Pyle. Today was all about the heroes of the Big Apple. 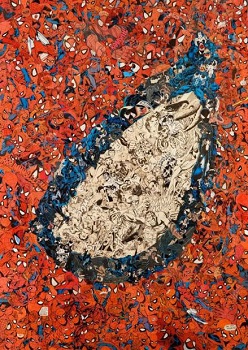 Things got started with the Amazing Spider-Man team addressing the crowd about what is to come. We know that ASM is ending, and its final issue will be #700. Its successor would be talked about later.

Kevin Shinnick followed by speaking to what his run on Avenging will follow Deadpool in high school, and we will see the return of the Hypno Hustler.

After the update on what will have been Peter’s books, Slott and company spoke about his successor, Superior Spider-Man. I reported earlier this week that the new Spidey would not be Peter Parker, and Signh was quick to confirm what Slott previously said; though, Slott did say that Peter may still have a role in the new book.

“This is a much creepier Spider-Man than we’ve seen,” Slott said. He also said we can expect it to be “dark and weird.”

Knowing the fan’s reactions to the news so far, what with fans hating the idea of a dark Spider-Man book, Steve Wacker spoke up, “…even from the beginning, when Uncle Ben died, it was darker than pretty much anything that had come before.” And he makes a good point. Some of Spidey’s best moments have come in dark times.

Dan followed up by comparing Superior’s tone to the death of Gwen Stacy and Kraven’s Last Hunt. They confirmed that Mary Jane would be romantically involved with the new Spider-Man, also reported in the link above. He gave us the name of the first arc as well: Hero or Menace?

Following the hoopla that surrounds Spider-Man’s situation was a new book, Morbius The Living Vampire. “He’s relentless in trying to do good, but always messes it up,” Keatinge said. The book will focus on “horror in the Marvel Universe, and it is not monsters.”

The next speaker had some thanks to give out. Mark Waid started his talk about Daredevil by thanking the crew of artists he has on Daredevil. The scribe gave them the bulk of the credit for the book’s success in the Eisner Awards.

He then moved to what to expect in the man without fear’s future. Spider-Man and a new Stilt Man were confirmed to be helping Matt out in the coming issues. Issue #23 will be its Marvel NOW! debut, and it “reveals the mystery villain who’s been playing Matt since issue #3.” Waid confirmed, for the second time in two days, that Hank Pym would be making some more guest appearances in the future.

Following what may just be Marvel’s best book, was the one that has definitely been their most surprising. Steve Wacker spoke about 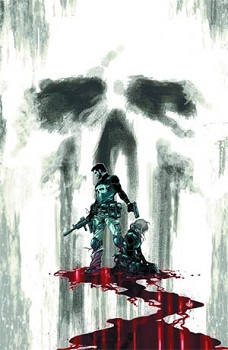 To describe what it is Wacker said, “[it’s] what Hawkeye does on his days off.” He also said that David Aja and Javier Pulido will be rotating arcs as we move forward.

Finishing things off Wacker informed us on a bit about Greg Rucka’s Punisher finale. “[War Zone] is a five-issue cat and mouse chase.” In it Frank will meet up with the likes of Iron Man, Spider-Man, and Black Widow.

On a side note, the panel was able to state that there was no plan to follow up on Bendis’ recent Spider-Men story, at the moment.

All things New York and Spider-Man covered today, the last day of New York Comic Con. Big things are on the horizon for the Web-head, but what do you think about all this? Let’s hear what you have to say in the comments below!