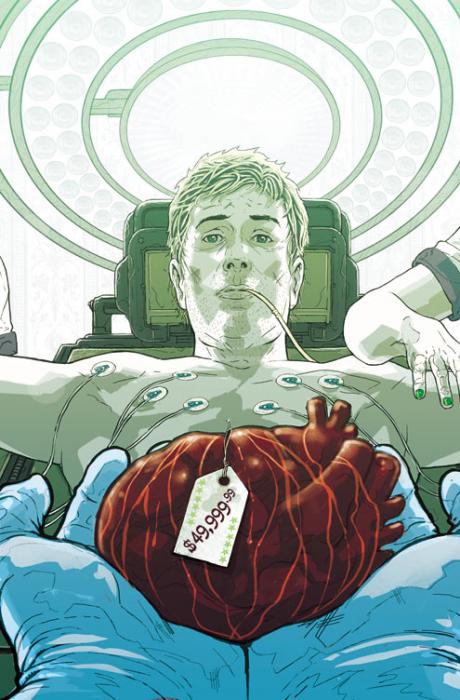 Okay so I haven’t read the first two issues of this five part mini series, but judging from the cover, I figured this book had something to do with the stealing of human organs-and I was partly right. What I didn’t know was that the creators took that premise and made an intriguing story out of it.

This issue continues with our drug addicted surgeon Dr. Benjamin Dane going farther down the rabbit hole of the insidious black markert of the selling of human organs. Not only does he have the top guy in the human organ black market after him, he’s also got the FBI on his ass and the noose is getting tighter.

The only people who can keep those two bloodhounds off his scent are his bodyguard-the daughter of a Yakuza boss, and a six year old whom only Ben can see.  I’m personally thinking that the kid is Ben’s six-year old self but you never know. With all of this going on, Ben’s after his next target-a businessman who has a stolen organ inside of him and Ben intends on giving it back to its rightful owner.

I found this story to be really good. The pacing is excellent and I’m curious as to what will happen next issue.

Buy it. This is a great miniseries. I could actually see this as a TV series. It’s a really cool book.