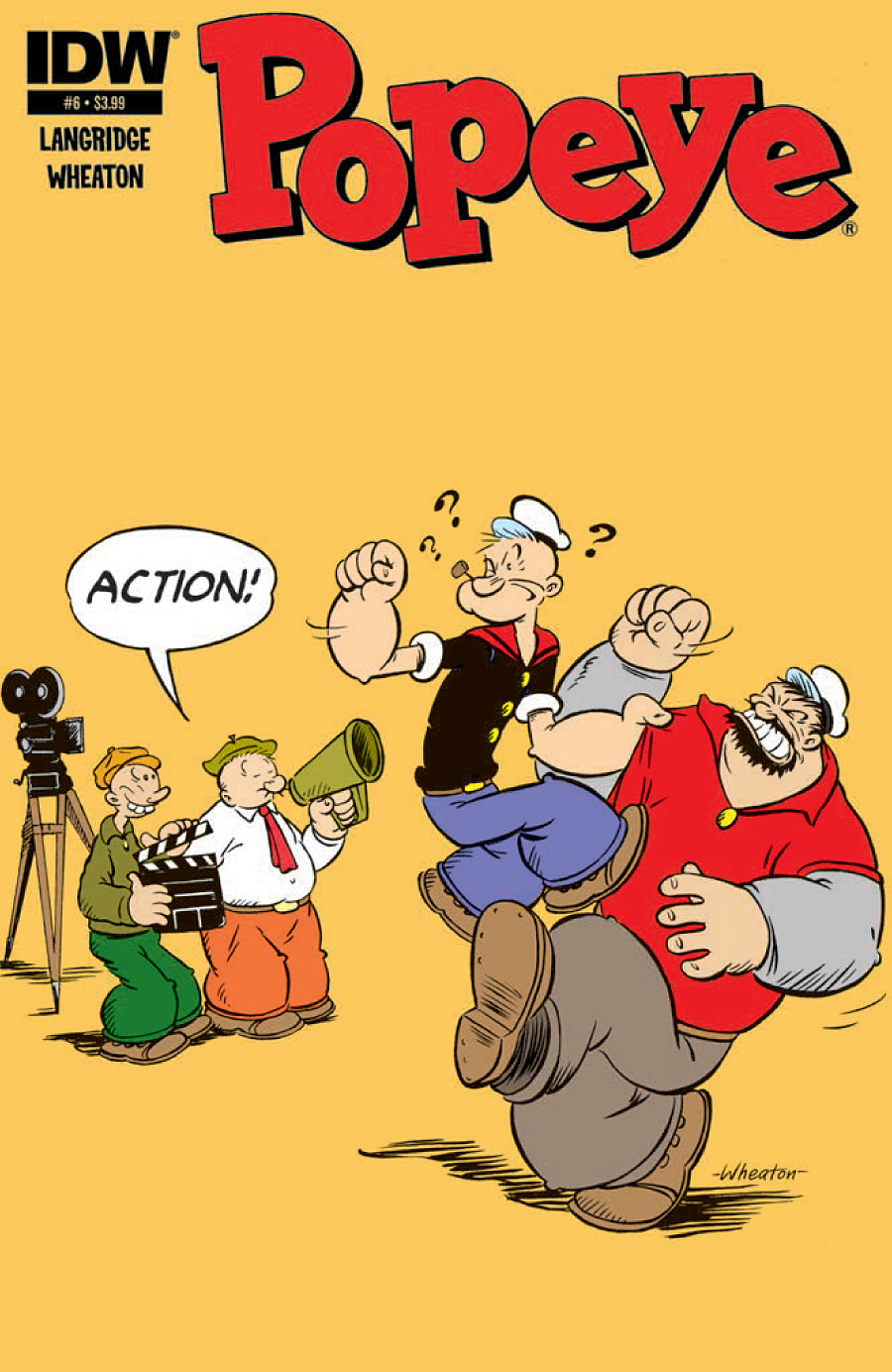 Popeye and the gang go to Hollywood in the newest issue of the IDW series.  The story starts when a director from tinsel town arrives with a newspaper clipping in hand eagerly looking  for the our spinach fueled sailor. The director first comes across Wimpy and that’s when Popeye’s adventure takes off.

Popeye and his friends go to Hollywood and after some negoiations by Wimpy acting as Popeye’s agent, it’s lights, camera, action. But the grass isn’t always greener as the film is not what Popeye was expecting and things go from bad to worse when the mysterious backer shows up and becomes more invovled in the film…

Growing up, I’ve enjoyed the Popeye cartoons, so learning of the new comic book series peaked my interest and I had to check it out. It stays true to Popeye with the silliness and classic Popeye fights that I’ve grown up with. The writing was good as well as the art. The story was enjoyable.

Buy it. This is a great issue and I think that kids will definitely enjoy the story and so will adults.