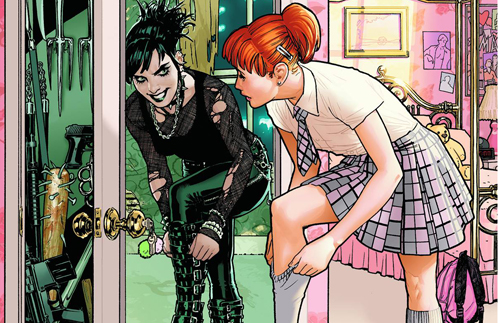 NYCC is just about a week away and the gang is pretty darn excited. The core members of the team will be at the show and Bob, Bobby and Steve will be meeting Stephanie for the first time ever. It shall be Talking Comics history in the making.

There is a ton of exciting stuff to see and do at NYCC, so the main focus of discussion for the night is the show. What you should see, WHO you should see, what you can probably avoid, a little bit of advice and that sort of thing.

Of course, Books of the Week are discussed and everything from National Comics: Rose and Thorn, Amulet, Punisher, FF (there’s a shocker), Dave Stephens Covers and Stories, Wolverine and the X-Men, X-Factor, Talon, various #0 issues and more.