For the Kids! What to do with that Christmas money?

I started this column one year ago with a hope of helping parents find some comics that their kids can enjoy. Christmas has just ended and many youngins received some sort of tablet or other device that is capable of reading comics. With this go around of “For the Kids!” I am going to try and help you get the most out of any Christmas money or iTunes gift cards your kids received. (You can use iTunes credit if purchasing comics via the Comixology app on an iOS device.)

Just a reminder that all the comics listed below are available via the Comixology app on your Android or iOS device. As of the writing of this article, everything is on sale for only 99 cents for a single issue!! WHOA! Holiday Madness! Most of these sales will last until January 2, 2014. 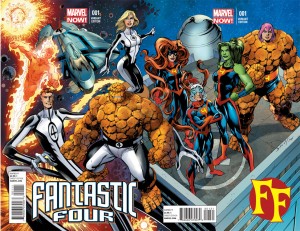 Marvel NOW! was Marvel’s marketing campaign for bringing in new readers over the past year. Most series were renumbered with #1 issues, and new creative teams were brought in. There is currently a large sale on Comixology. Despite seeing many well-known heroes on the covers, not all of the comics are suitable for the younger readers. Your child may love the Avengers movie, and they may even be incredibly gifted, but let me assure you that the series is incredibly heavy. There are some deep philosophical and theological ideas that leave even the brightest of us scratching our puzzlers.

Fantastic Four and FF are two series that focus on family. They are full of action and stories that will engage both you and your older children. Fantastic Four follows the Storm family on adventures around the galaxy. FF features a larger cast of characters studying at the Future Foundation. The humor found in this book translates to both children and adults; much like a Pixar film.

I talked about this in our last “For the Kids!”, but Nova is another series your older children should enjoy as well. Sam Alexander is teenage super hero, but he stills has chores and homework. It’s got some charm, and it has a very big emphasis on FUN. If they like super hero movies, they should enjoy this as well.

The last Marvel series you might want to pick up is All-New X-Men. I would definitely set this one aside for your 12 and up crowd. The themes explored are a little more mature, but it is still full of your average comic book fun and adventure. When I say mature, I don’t want you thinking that means the material is not suited for a younger audience. Some kids don’t want to read things “only for kids.” They want to be treated like an adult and enjoy the same things adults do.  It’s still PG, but it can border on the PG-13. 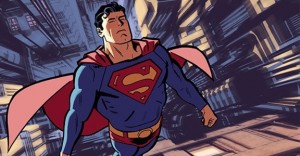 DC is currently holding a sale on a lot of their collected works. Unfortunately, many of the titles may be a bit much for some kids. I did pick out one story that you could read with any child of any age, and captures the awe and inspiration that is Superman.

All-Star Superman is a phenomenal read, and is near the top of must read Superman stories.  Your kids will love the larger than life hero in Superman, and they’ll learn what it means to be a hero pure to the core. The art is warm and welcoming. Perfect for a before bed story to get those dream gears pumping!

To really find some stories that are truly a fit for all ages from DC, we should turn our focus to their digital first line. There are plenty of stories that can be purchased for super cheap.

In the realm of Batman there are a few of stories you might want to pick up. Batman ’66 is one I have recommended before, and I will do so again this time. It captures the lighter, campier side of Batman, as its roots are in the old sixties television show.

Lil’ Gotham is also one I have mentioned. Each issue revolves around a holiday, and usually involves Bruce Wayne teaching Damian (his son and Robin) about the meaning of each holiday, while they round up a mischievous villain or two.

Batman Beyond 2.0 and Beware the Batman are both comics that spin out of their respective television series. You will see the same sort of content that can be seen on those shows, so if you are okay with your kids watching either of these shows on TV, you can rest easy with them reading these titles.

The last digital first series I would recommend from DC would be Adventure of Superman. Each story is usually contained within one issue, but there are a few that last 2 or 3 issues. The creative teams change with each issue, but this promises a fresh take of the character, and delivers a fairly continuity free experience. You don’t need any past knowledge of Superman or his adventures to enjoy this. 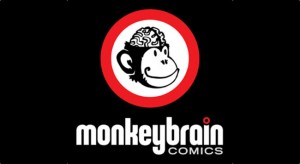 Monkeybrain has a larger selection of comics available for 99 cents an issue, so you should check them out. Just search by publisher or go to this link to see all their titles. My top pics for Monkeybrain include Bandette, Captain Ultimate, Amelia Cole, and The Double Life of Miranda Turner. Grab an issue of any series that catches yours or your child’s fancy.

Action Lab’s Molly Danger is one last series I’d like to recommend for the low price of 99 cents an issue. The comic also utilizes Comixology’s guided view technology to increase the enjoyment of your comic reading experience. For under two bucks you can pick up the two issues released so far.

With that I want to wrap up this issue of “For the Kids!” I hope you can find some great comic for your kids from this list or even some exploring on your own. I am only one man with a finite budget, so if you stumble upon some series you want to recommend, drop a comment below or hit me up on twitter @KnowNothingNerd.