We have done our fair share of lists here on Talking Comics — characters to look forward to (or hope for) in The Avengers 2, Superhero Movie Posters, Marvel and DC heroes who really need their own movie. But everything I’ve been talking about here for the last month or so has been superhero based. And that makes sense. Let’s face it — comic books oftentimes is viewed synonymously with superheroes. After all, it’s that industry’s bread and butter. However, there are a lot more stories out there that have little to no superhero elements to them at all that have been adapted — well! — into feature films.

While some films on this list do feature their protagonists overcoming overwhelming odds, none of them are really superheroes in the traditional sense. Alas, I left off what would have been number one with a bullet — The Rocketeer — because I couldn’t justify the fact that he is really a superhero. Disagree if you must (and I hope you do — I’ll sleep better), but these ten pictures are in my opinion the best of what the non-superhero comic book world has offered us on the silver screen. 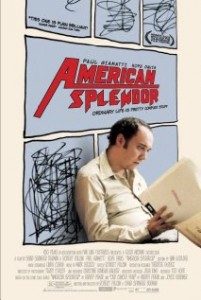 This flick and number 9 (which you’ll get to in good time — be patient!) suffer on this list merely because I haven’t seen them in the better part of a decade. However, what will always stick out for me is Paul Giamatti’s uncanny performance as Harvey Pekar, an outcast who had a very special talent. Giamatti and Hope Davis give unbelievable performances in what is really a very quiet, subtle film. Judah Friedlander, whom until that point I had hated, steals the movie every frame he’s in. Think Larry the Cable Guy in Cars. Director Terry Zwigoff, who is no stranger to underground comics (he directed the documentary Crumb) perfectly paints a portrait of this tortured man. Damn, I need to see this one again. 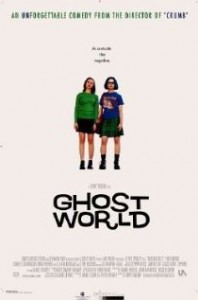 Similar in tone to American Splendor, and sharing a director, Ghost World is that perfect movie to watch when you’re not quite feeling like you belong. Thora Birch and a very young Scarlet Johansson embody the geek-is-chic culture that has so crazily spiraled out of control as of late. Most notable is Steve Buscemi, who gives a heartbreaking performance. This is one to see. 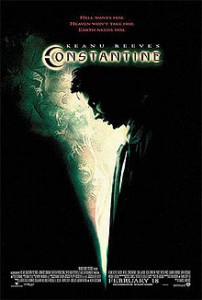 Now that we’re on a movie that made more than $6M, it may resonate a little bit more. Constantine  was one of those movies that I didn’t expect to really like — it came off of The Matrix Revolutions and a sour taste in my mouth regarding all things Keanu. Reeves gets a bad rap for mumbling and blank-staring his way through movies, but he absolutely comes alive as John Constantine in this adaptation of DC’s Hellblazer. The implications are huge (the devil is a part of the story, if you didn’t know) and Rachel Weisz is the perfect foil to Reeves’ downtrodden Constantine. The movie kicks some ass, folks. Check it out. 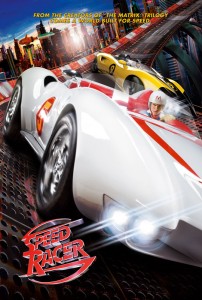 This is the part where you probably stop reading. I know, I know. I disregarding Speed Racer when it hit theaters in 2008 because a) I don’t care about anything the Wachowskis have to offer anymore and b) it got terrible, terrible reviews. I can’t apologize for the former — that was how I felt at that time and that place. But what I know now, after Bobby Shortle showed me the flick last year, is that critics were vile and mean to this movie for no reason. It has kinetic energy flowing throughout and is enormously fun. Yes, it’s a little cheesy at points — but we are talking about a much-loved character who’s name is SPEED RACER. You gotta embrace the source material, right? While it is a little long, the racing scenes are out of this world and Emile Hirsch gives a great performance, as do John Goodman, Susan Sarandon and Matthew “We Have To Go Back, Kate!” Fox. Trust me — you’ll be hooked in the first twenty minutes. 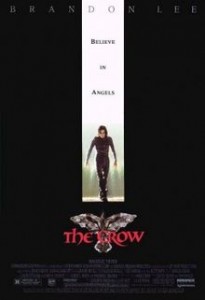 I’m not one of those people who think that The Crow is an infalliable film and that it’s perfect in every way. However, I do think that Alex Proyas’ movie is exactly what it needs to be. A little uneven, a bit rough around the edges — just like Eric Draven. Brandon Lee, who most know died tragically on the film’s set, is incredible as Draven, a man whose life was cut short and takes revenge on those responsible. Omnipotent revenge stories aren’t usually my thing (what’s the point if there’s no risk, right?) but The Crow is one of the exceptions. The executive suite shootout and final battle with Michael Wincott are great setpieces. It can’t rain all the time, folks. 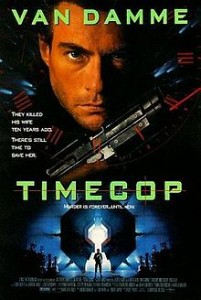 Jean-Claude Van Damme stars in this relatively silly (but super fun) adaptation of the Dark Horse comic. Upon later viewing (meaning, as an adult) I’ve found a ton of inconsistancies and things that don’t make sense. However, Ron Silver’s villain is still formidable and Van Damme believes everything he is selling. It’s funny now to think that the movie takes place in 2004 (it was made in 1994) and that there are cars that drive themselves, but hey — we can at least parallel park now hands free!

4. Scott Pilgrim vs. The World 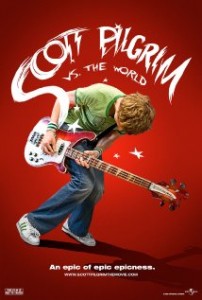 The newest film on this list, it was the hardest one to justify the “superhero” aspect. Scott Pilgrim does some pretty badass things, but his world is populated by regular joes who can also do those things — so I’m calling it a wash. Edgar Wright’s third film as director is an utter joy to behold, as this young guy — who’s kind of a dick — gets redeemed by pummelling the crap out of his girlfriends exes. It’s also a love letter to video games that is made quite specifically for our generation. I dare you to not have fun at this one. 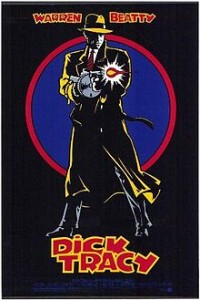 I had a hard time not putting this on the “best superhero posters” list, but alas — Dick Tracy is not a superhero. He is, however, a comic strip and later comic book that was made into what I think may be the best represenation of color in the modern era. Warren Beatty tried for many years to get this project off the ground, and I’m glad he waited until everything was right. The art direction in this movie has never been matched, in my opinion, and nor should it be. Dick Tracy’s world is a very unique world, and becoming immersed in it thanks to great production design and pitch-perfect direction is a gift I will always be thankful for. 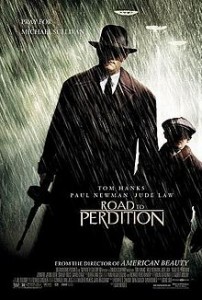 Pray for Michael Sullivan. This tagline is one of my favorite of all time, and I love that Sam Mendes, hot off his Oscar win for American Beauty, chose Max Allan Collins’ Road to Perdition as his sophomore feature. The movie — which is oddly a father/son tale — moves with liquidity from scene to scene. Its running time is never felt, as Mendes direction of his principals (Tom Hanks, Paul Newman and Jude Law) never wavers. Remember, this is the same year that Hanks was Carl Hanretty in Catch Me if You Can — could those characters be any more different? Conrad Hall’s cinematography perfectly captures the original graphic novel. This is true adaptation. 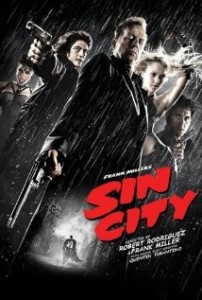 You knew it was coming. I don’t think any list of comic book features would be complete without it, and it’s 8.2 rating on imdb.com (128 on the top 250) certainly proves that. This success is really owed to director Robert Rodriguez insisting that creator Frank Miller not just be involved, but help direct the film with it. They share credit, if you didn’t already know. Sin City is an achievement in filmmaking, for sure — it helped put digital on the map and showed that green screening didn’t always have to look cheesy. But it also helped, like Dick Tracy helped, that you can put the iconogrpahy of an entirely different medium on the screen and do it well. 300 would never have happened without the success of this film. Not to mention the depatures for actors such as Mickey Rourke, Nick Stahl and Elijah Wood, who playing well against type. This is the essential comic book movie. Just don’t show your kids 🙂