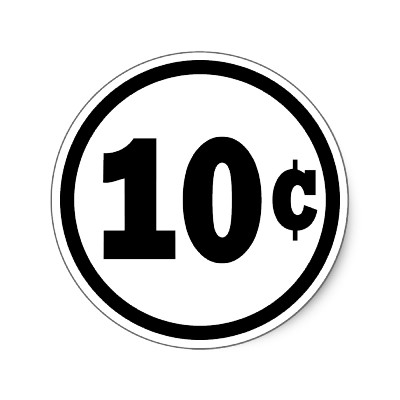 Grab your slide rules, and gather ‘round the campfire, boys and girls, as your favorite story-teller, kindly old Uncle Bob spins the horrific tale of inflation and comic collecting costs (don’t you just love alliteration!). It’s a pretty scary story, so huddle up near the fire, grasp your cocoa tightly, and try not to scream too loudly—it scares the werewolves.

In my last two reviews, I felt the need to comment on the current price of comics vis-à-vis their value as reading material. It’s not as though I’m a cheapskate, as my friends (I think there are still a few that haven’t fallen into the LaBrea Tar Pits) will attest to. Heck, I’ve been known to leave $18 tips on $2 checks to friendly waitresses I didn’t even fancy—and no, it’s not because I grabbed the wrong bill from my pocket, thank you. The real issue is one of perceived value. A modern comic book might take ten minutes to read; well, at a $3.99 cover price that’s…let’s see…carry the 5…plus 9…that’s $23.94 an hour. That’s not School Superintendent or stripper money, but it’s not too shabby (funny, how I linked those two occupations). A movie ticket, even at the ludicrous high-end “IMAX/3-D/Director’s Hall” sort of theaters is still only about $20 for a two-hour film, and of course, you still get trailers, adverts for Coca-Cola, and previews of “Bunheads” (what a great title for an “adult” movie—I’ve got to work on that).

Separating price from value for a second, there are many factors (greed) that have lead (greed) to the current (greedy) cover price. Seriously though (you shouldn’t trust anyone who begins a sentence “seriously”, by the way), finer quality paper and lusher color pallets helped to raise prices, as did higher page rates and royalties for creators, both of which were overdue, as are some of my library books  (memo to self).

It’s the relative cost, as opposed to the cost of my relatives, that I find so fascinating. In 1962, when Marvel & DC raised their books to 12 cents (and worth every penny!), the New York Daily News cost 5 cents a copy, and of course, both were printed on the same miserable paper– you haven’t lived until a cherished Early 60’s Marvel book begins to shed pieces of it’s cover into your hands! Back to my point–and I do have one—in 2011 the News raised it’s price to 75 cents, that’s 15x; if we apply the same formula to gasoline, which was around a quarter a gallon then, it would be $3.75 –pretty close, right. Using that multiplier, a comic should be $1.80! If instead, we “adjusted for inflation”, a 12-cent Fantastic Four #3 from 1962 would be 86 cents—and if I could buy some FF #3s at that price, it would be “Goodnight, Irene” and “Sorry, Bobby”–I’m outta here!

I know what you’re thinking (besides that-get your mind out of the gutter!), these examples are from too long ago. Okay, 1989 comics, now on better paper, would break the $1.00 barrier for the first time—inflation adjusted price $1.74.  By the way, gasoline prices adjusted would be $1.78 a gallon—if only I had a column at “Talking OPEC”!

Enough with the numbers already, kindly old Uncle Bob, you rapscallion, I’m sure you’re saying (and keep a civil tongue in your head- yes, I heard you, Little Audrey-you should be ashamed!). O.K., just because I crave hearing Stephanie applaud all the way from Canada, let’s talk about words, then. Maybe if they paid writers by the word again (H.P. Lovecraft used to get ½ a cent per word back in the 20’s), they might be inclined to put more verbiage in the books, lengthening the time spent enjoying them, and there-by extending pleasure. Gee, that sounded like an ad for Viagra, didn’t it?

At current prices, I could never afford the pile of comics I used to purchase each week, and that was before the “Family Explosion” (of titles, not my relatives-I stabbed them) that force you to buy extra books to keep up with a favorite character. A laurel, and hearty hand-shake to those of you brave souls game enough to carry on the grand tradition of the “Wednesday Haul” (Hi, Steve—you maniac!).

I began opting out of titles during the “Speculator Era” of the 1990’s, when the expansion of lines got out of hand, not to mention the budget-busting melee of variant, die-cut, glow-in-the-dark, poly-bagged and everything else you can imagine on a comic book cover (excepting any clue as to what was going on inside—don’t get me started on “representational covers” vs. “posed/poster/poseur” covers!). This period also saw the characters begin their descent into “grim & gritty” berserkers and madmen, or in the case of the female leads, hyper-sexualized super-harlots–y’know, there’s never one of those around when you need one.

Anyway, I’m content now in my dotage to buy the comics that I enjoy reading, with no thought to keeping extended runs going, except to the loo in the morning.

VERDICT: None necessary; after all, I’m not a judgmental person (please stop all that laughing), so buy what you like, but please make sure to read the furshlugginger things before starting a run you’ll never be able to stop or sell off, not to mention rewarding the publishers for putting out dreck!