Ten DC Heroes Who Need Their Own Movie

Now that Marvel has successfully found synergy with their movie brand and had incredible success with the culmination of The Avengers, it brings me back to the problem that DC Entertainment has. They only have Superman and Batman movies (and Green Lantern last year) yet have a vast publication history that could find its niche with film audiences much the way that Marvel has.

The following list is just the ten most deserving characters I found in the DC Universe (and I was thorough – check out this Wikipedia page) to hold a movie on their shoulders.  In no particular order… 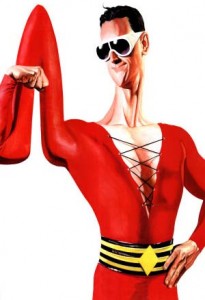 Yes, I know. No, I’m not kidding. There was a slogan back in the 1980s of “comics aren’t just for kids anymore,” as books started maturing in the post-Dark Knight Returns era. However, that doesn’t mean that fun is not to be had or that silliness doesn’t have its place. Plastic Man has always been a fun character with tons of charisma, and a small-budget yet competent film could really work. It would play up the normal-guy-gets-extraordinary-powers routine, but the nature of his powers could absolutely function to fuel the comedy. Let’s just cast Modern Family’s Ty Burrell and be done with it. 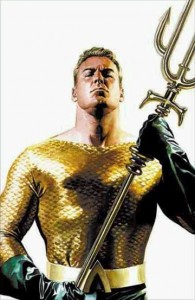 It’s directed by James Cameron and stars Vinny Chase, obviously. But seriously, folks, the hero with one of the stupidest names in comic book history can be pretty badass. Just check out Geoff Johns’ current run with the New 52 or Peter David’s late 90s run where he cut off his fucking hand in the second issue. Regardless, you could make a high-octane sea-faring adventure tale with Arthur at the forefront pretty easily. Don’t make the villain ridiculous (perhaps it’s us, the polluters?) and you’ll have a solid flick on your hands. 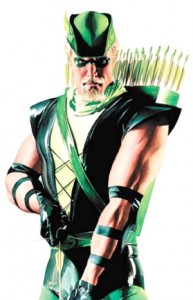 Although there is a television adaptation on the horizon (Arrow), I still would like to see what the big screen can accomplish with the Emerald Archer. The Avengers proved that a non-superpowered archer could be fun and exciting, so let’s take that and run with it. My geek radar thinks that Kevin Smith’s Quiver run from ten years ago would be great fodder for a film, but what do I know? 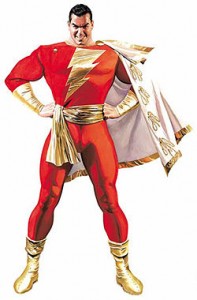 Billy Batson and his grown-up alter-ego Captain Marvel have long been some of my favorite players in the DC Universe. I think this character/movie works because it speaks to the child in all of us. All of us want to grow up faster when we’re younger, and Billy gets to do that at will and have kick ass superpowers. What’s not to love? The wholesome nature of the character speaks more to Captain America: The First Avenger than anything else, especially considering the hero derives from the 1940s. This could be a coming-of-age adventure like none we’ve seen before. If only we could get Patrick Warburton ten years ago… Everyone likes alien movies (with the exception of this weekend’s Battleship performance, I suppose), and J’onn J’onzz could be the perfect fish-out-of-water story to perhaps set up a Justice League movie. He has super cool powers – hypnosis, telekinesis, invisibility, shapeshifting – so what you can show him doing on the screen is pretty vast. He also has a sly sense of humor, which I’ve always likened to Death in Bill and Ted’s Bogus Journey. 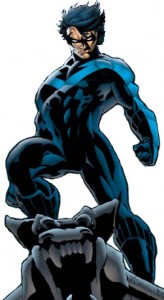 Here’s some twisted logic for you – Dick Grayson is not my favorite Robin (that would be Tim Drake) but Nightwing is my favorite non-Batman Gothamite. Weird, right? Perhaps it’s Grayson’s ownership of the Nightwing mantle versus his in-the-shadow-of-Bruceness he had when he was the Boy Wonder. Anyhow, since we’ve been given an ultra-realistic Gotham city in Christopher Nolan’s Batman films, this could very well be an urban, gritty crime flick. Think Daredevil, except, you know … way better. 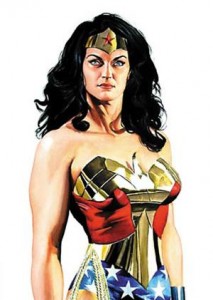 The original Lady Diana. Wonder Woman is arguably the third best known DC superhero, and was also the closest to getting her own film before Joss Whedon backed out (he made a little indie movie for Marvel instead). There was a TV reboot planned that was shot and then not picked up. Diana Prince deserves better. If the success of Tomb Raider or Resident Evil is to be considered, people do go out and see movies where strong female characters kick tons of ass. Diana is a strong role model for young girls as well (as opposed to that awful, awful Bella Swan who’s been kicking around theaters the last 4 years). 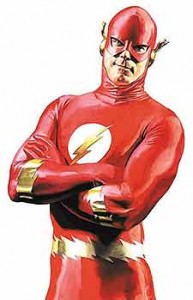 Like Wonder Woman, The Flash was close to getting the big screen treatment not that long ago. I think it’s important to show speed on camera, and also for that speed to be (literally) grounded. What I mean is that watching high-flying heroes is great fun, but stick a man on the ground and watch him run and you can identify better with that. I personally would rather see a Wally West movie than a Barry Allen movie (I just think Wally is funnier and more realistic), but beggars can’t be choosers. Get the essence of the character right and make sure his villain isn’t Captain Cold and we’ll be good. 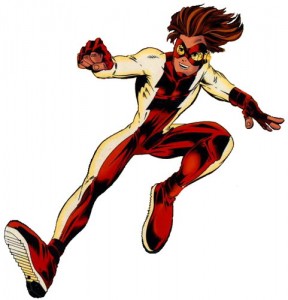 Okay, this one is sort of cheating. We have a speedster up above with The Flash, so why do we need a second? I’ve always found Impulse to be one of the funniest, silliest characters in the DCU, and his absent-mindedness and ability to make mistakes are great flaws for someone with such power. The kinetics of Impulse always flew off the page greater than that of his uncle The Flash. Put that onscreen with some slapstick comedy and I think you have a surefire winner. “Isn’t that Catwoman?” If I had a nickel… Anyhow, The  Huntress has always been one of my favorite characters. In many ways, she’s a female Punisher that’s not as gratuitously violent. Her family was killed by the mob and vows revenge. Sound familiar? Her proficiency with a crossbow is cool (see Green Arrow, above) and she doesn’t take shit from anyone. Except Batman. A lot. Ooooh – crossover!