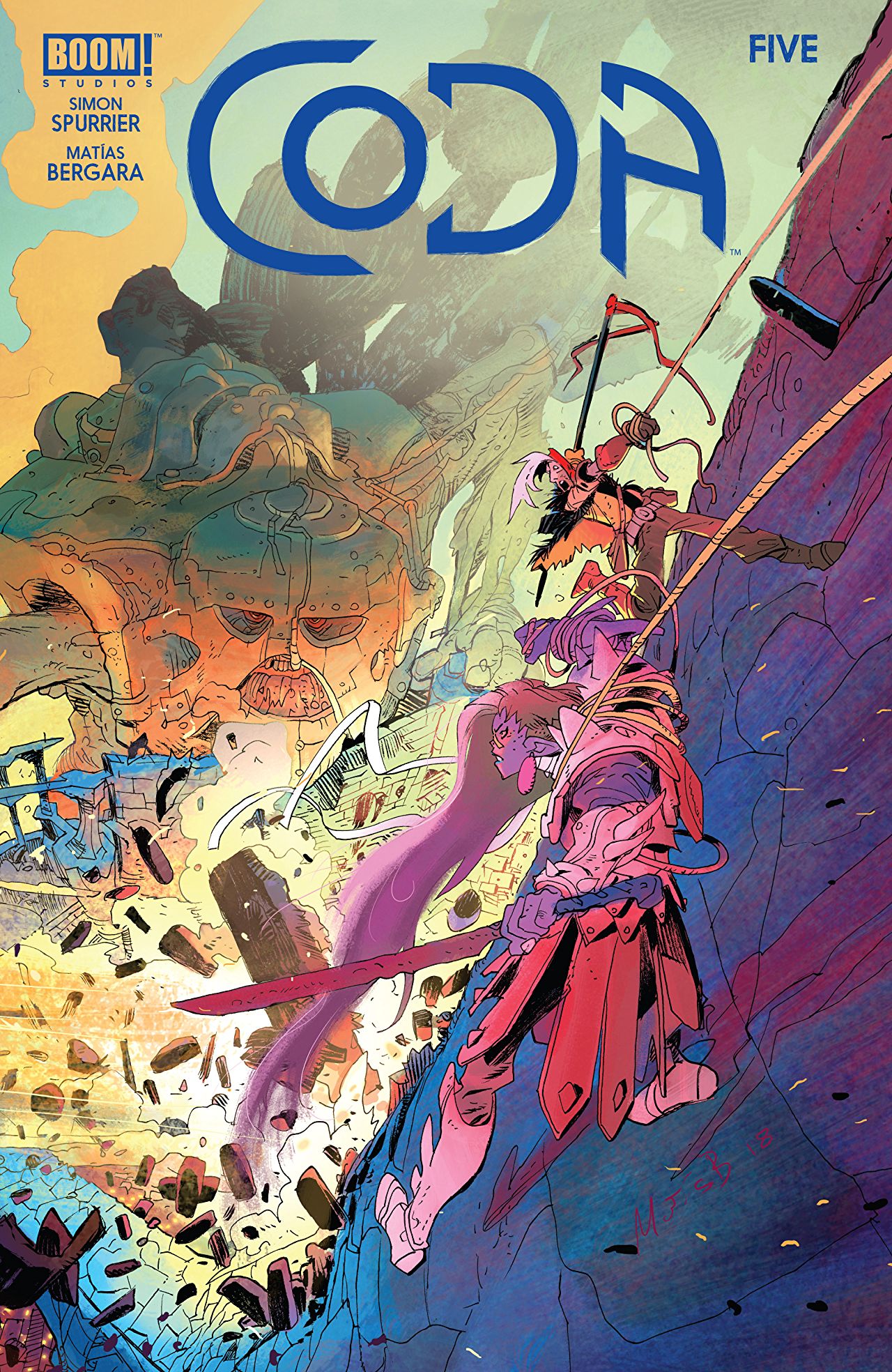 Coda is a fantasy story told in the context of a post-apocalyptic world where the protagonist, Hum the ex-Bard, searches for a way to save the soul of his dead wife. Truthfully, I had absolutely no idea what was going on for most of the book. Hum is on a journey; he has flashbacks and memories that connect him to a sense of purpose and identity: “I have a talent for helping people.” He is a scavenger who, after confronting a band of scavengers that calls themselves Thundervale, joins their group and moves to their village. The Thundervale, and everyone in Vale strives for a common purpose, which is to feed the monster that lives in the center of the city. In return, the protagonist is part of a larger community and get food and shelter. Hum’s larger mission is to stop a war by going somewhere insane to kill something that shouldn’t exist and which is none of his business.

As confused as I was for most of the book, I loved it! The art is beautiful in an Extremity kind of way with a little more of a water-color feel. While I had no idea the protagonist’s name, (I looked it up, and didn’t know the names of anyone else in the book, except his wife, “Serka”) the themes of the book were clear. Courage, helping, and saving his wife are at the heart of the story.   Flashbacks tell the reader that Hum’s wife had her head cut off by the protagonist (he killed his wife?), or his father who intended to bring her back to life with magic – a necessary risk to save her life. This added to the suspense and added layers to the altruism that surrounded Hum. I found this cryptic story interesting, mysterious, and intriguing – the challenge to figure things out or see where the story goes was enjoyable. Overall = 9