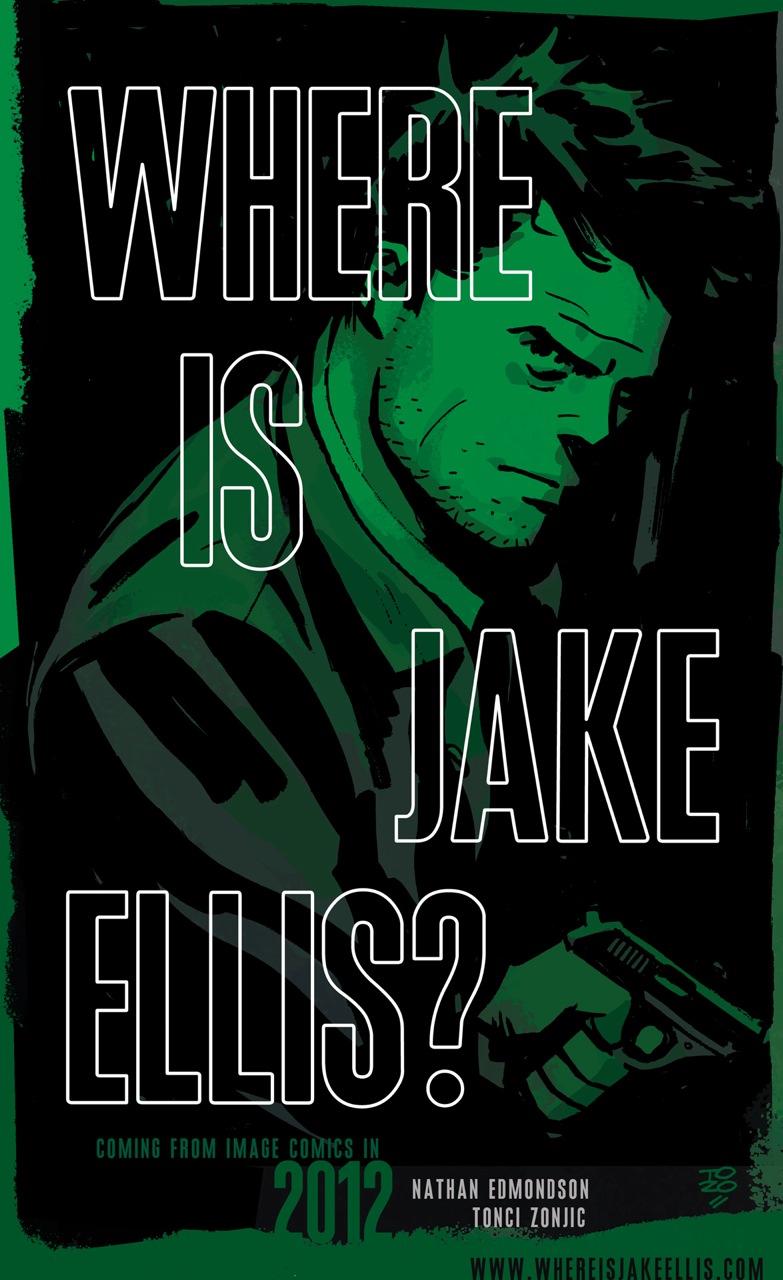 This time, Edmondson’s espionage-thriller-sci-fi-action-drama follows two distinct characters: Sergeant Jake Ellis and former CIA Agent Jon Moore. Issue #1 begins with Ellis put up in a hospital bed under military supervision and Moore put up in hiding in Bangkok. Apparently, during the Who… series, Ellis and Moore were mentally linked, and the action of issue #1 seems to suggest that Moore is forced out of hiding by unknown terrorists and will make his way to reconnecting with Ellis… assuming he can survive long enough to find him! (Hence the pseudo-rhetorical title…)

So yes, Where is Jake Ellis? is technically a continuation of the former Who Is Jake Ellis? Edmondson tries to alleviate any concerns over accessibility by including a “Previously” prologue at the start of this issue. It quickly moves through the major developments of the previous mini-series in a brilliantly colored montage sequence illustrated by Tonci Zonjic. This would help to catch new readers up if Zonjic’s rendition of his own artwork from the Who… series resembled the same figurework that appears later in the action of this issue. Moore in particular is portrayed as the quintessential CIA spook during the montage (suite and tie, empty eyes, sunglasses, etc.), yet is drawn as a rugged Black Ops-esque military man-on-the-lam replete with shave head and cargo pants. For new readers, I can see how this discrepancy could be jarring.

That one hiccup aside, once the action starts and the bullets start flying, Edmondson and Zonjic build a stunning start to this new storyline. The dialogue is just mysterious enough, the pacing is breakneck, and the artwork is absolutely tremendous. Zonjic has a tendency to wash his panels in solid colors—reds for the Bangkok sequences; a cool steel-blue for the military hospital. His style is reminiscent of Darwyn Cooke’s work on Catwoman and, most importantly, David Aja’s current work on Hawkeye over at Marvel, which, if you read the reviews here on Talking Comics, you will know is some of the best artwork we’ve ever seen. Zonjic and Edmondson deftly construct a ping-pong succession of panels that bounces back and forth between Ellis’ attempt to escape the hospital and Moore’s shoot-out chase through the streets of Bangkok. The coloring and the direction is pitch perfect, and we’re only on issue #1!

Check it out. Yes, I do wish I had read Who is Jake Ellis? first, if only to get truly invested in the characters and the larger continuity, but Where is Jake Ellis? promises to be a relatively stand-alone story (so far) that captures all of Edmondson and Zonjic’s prowess with action, suspense, and espionage. Highly, highly recommended.