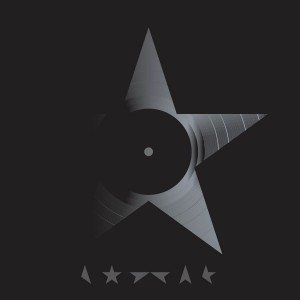 It’s January 8, 2016. Three years ago, after a ten year absence, David Bowie surprised the world with The Next Day, a new album that was, with maybe only a little hyperbolizing, worth the wait. A fantastic return with diverse, high energy tracks and an original sound made us realize why this is a man whose career currently spans over 50 years worth of chart-topping hits.

When I first saw the track listing for ★ (pronounced Blackstar), Bowie’s latest offering, I have to admit my heart sank. 7 tracks seemed short, and terms like “experimental jazz” were being thrown around with too much fervour for me to expect this to be the simple, highly-desired follow up to The Next Day that I’d been craving. Well, it is short, but it doesn’t feel like it. And it is different, but… I like it? Clocking in at around 41 minutes, every track this time around is a drawn-out sinking epic that yearns for repeated and deeper listening.

Like 1.Outside meeting Hours… in a dark alley, it’s warm, black, and complex. If The Next Day was Bowie bursting through the door demanding your attention, ★ is him grabbing you by the collar and whispering secrets onto the nape of your neck.

Lazarus is by far the most accessible track on the album, drawing on a reserve of pseudo-70s Bowie energy we all thought had disappeared sometime in the 90s. The version on display by Michael C. Hall in the upcoming Broadway adaptation of The Man Who Fell to Earth showcases this even more (Yes, there are songs on here written for a musical. You wouldn’t know it.) but I can’t imagine anyone arguing against Bowie’s voice, aged like fine wine and something of a miracle when you consider this is a 69 year old man belting out these notes.

It has its moments. Tis A Pity She’s A Whore, a rerecording of the B-Side for the single Sue, might be better in my eyes if it had remained a rarity for Bowie fanatics to appreciate in its own context. Alongside standout tracks like Blackstar and Lazarus, it feels the most dense and opaque, but may still find its way into my heart with repeated listens. On the other hand, the esoteric Girl Loves Me has already seen me going back to play it on repeat on its own, with the repeated lyric of “where the f**k has Monday gone?” and an echoing chorus of Bowie’s voice cracking like a prepubescent boy, you can feel whatever life-force it is that’s kept driving him forward with a white-hot intensity since the days of Davy Jones.

★ may not be the hot meal that we ordered at our favourite restaurant, but David Bowie is still without a doubt the finest chef you know when it comes to cooking up the desirable and unexpected. Take a risk and try a few bites of this, even if you don’t think it’ll sit right on your palate. Savour it slowly and enjoy. You know the next time this place is open it’ll have a whole different flavour.