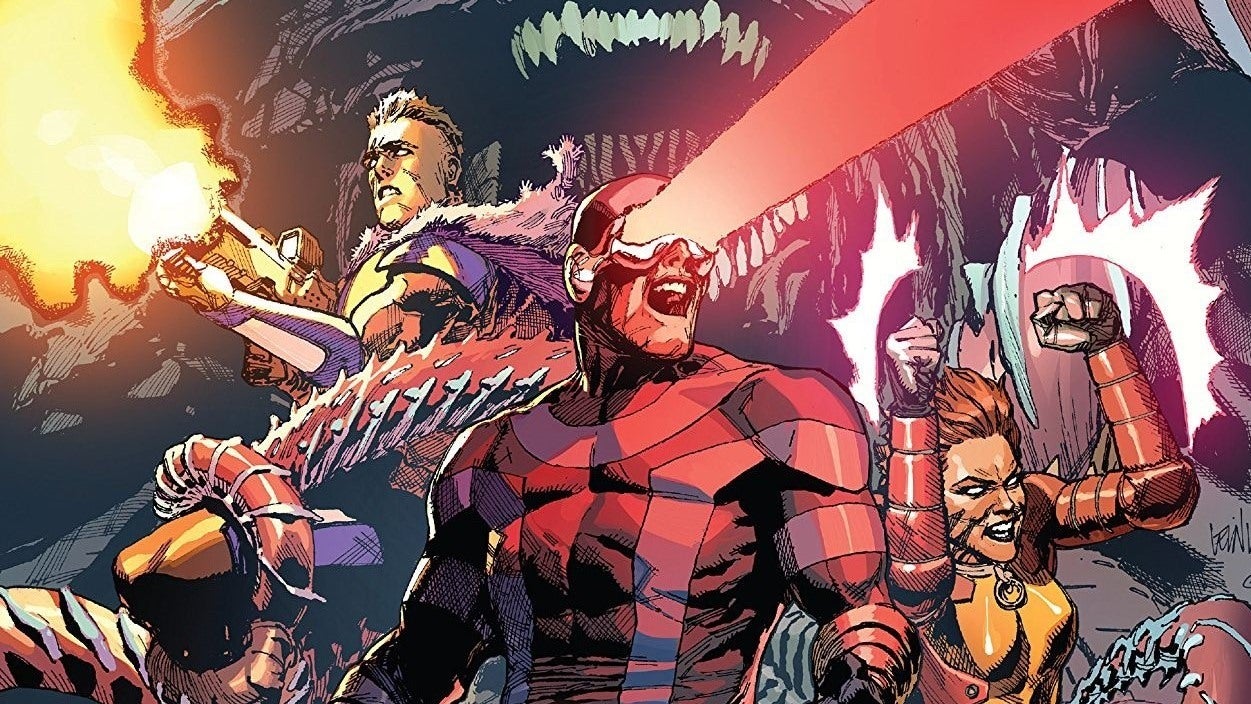 One of the most intriguing aspects of the entire Jonathan Hickman reboot of the X-Men universe has been the island nation of Krakoa, which is in fact a sentient mutant in its own right. For longtime readers of the X-Men Krakoa has a rich and lush history, which leads to a wonderful payoff in X-Men #2. Krakoa has been through multiple iterations over the years, from an island that gained life by its proximity to Atomic Bomb test sites to being a mutant in its own right and at one point in time part of the campus to the Jean Grey School for Higher Learning during the extremely underappreciated Wolverine & the X-Men. Yet in recent years the origin of Krakoa is linked to the broader island of Okkara and the first horsemen of Apocalypse. When the Twilight Sword was used to split the island of Okkara it split into two parts, Krakoa and Arakko, where the First Horsemen of Apocalypse were lost defending the island of Arakko. Which brings us to X-Men #2.

X-Men #2 could easily have been titled Cyclops and his kids travel to Monster Island. For some reason Krakoa has decided to move as the new island nation begins traveling across the ocean toward a new island that has emerged. As the two bodies are on a collison course Cyclops is sent to investigate the new island to see why Krakoa is so interested. Cyclops decides that this excursion would be an excellent father and children outing so Nathan (Cable) and Rachel (now using the moniker Prestige) join their father on the investigation. Once on the island of Arrako the Summers family decides to head to the epicenter of the island, a giant volcano with tentacles protruding from the smoke. The Summers finally come into contact with the power of Arrako, the very powerful High Summoner who controls the natives of the island. The Summoner is an amazing looking character with white skin along with black eyes and black symbol upon his chest signifying his status among the Summoners, which apparently have three ranks (minor, adept, and high). First contact goes south quickly thanks to Cable, in a very uncharacteristic turn that also lends to the whole Summers clan being ‘off’. While the encounter is entertaining the true treat of X-Men #2 is the reasoning why the islands are moving toward one another and it creates a whole new aspect of Krakoa that only increases my interest in this new island nation. Plus Hickman leaves us with a hell of a cliffhanger that may lead to the true intentions of Apocalypse  in this new nation and status quo.

X-Men #2 is an interesting entry into the new Dawn of X. There is still something off about the entire cast of mutants but it feels like an it’s all an intentional off. I’ve never seen Rachel and Scott have much of a father-daughter bond while new ‘young’ Cable seems a bit more like a teenage mutant prone to error rather than the skilled soldier he has been portrayed as up until the Hickman reboot. Yet this story is unique and full of comic-science that makes no sense but in such a fine manner that it all feels plausible. The new character introduced here and how it all connects to Apocalypse will no doubt play out over the course of this title and more than likely the rest of the Dawn of X titles that Hickman is curating. While Leinil Francis Yu would not have been my first choice for the art on this title I must say he has turned in some outstanding work. His monsters were terrifying and his depiction of the Summoner was captivating, especially with the colors Sunny Gho, whose pallet choices for this issue were perfect. Anyone worried that the new X-Men reboot would lose momentum in the wake of House of X and the Powers of X need not worry as Hickman has this franchise rolling.

Verdict: Buy! X-Men #2 is another fantastic installment in the new mutant status quo of the Marvel universe. Jonathan Hickman and Leinil Francis Yu have turned in another incredible story that leaves the reader wanting more from this new reboot.