Art and Lettering by Troy Nixey 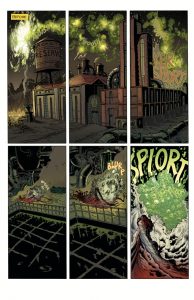 At some point in your life you will have to work with someone you would rather not; however, I am pretty sure you haven’t had to partner with a vinegary, sewer-dwelling, yet extremely friendly creature like Detective Buckle in Vinegar Teeth.

Detective Buckle is getting the book thrown at him in a courtroom and he is looking the worse for wear. The rest of the issue is in the vague Before, where the later-named Vinegar Teeth seems to cough up frog spawn to then interrupt a sting, resulting in him being honoured and made a police officer, with Buckle, of course, being his partner.

Gentry and Nixey create a lively, layered world with little details like a ship being called Ahab and the fact that criminals dress in the cartoonish black and white stripes. An odd pairing of cops is a classic idea, but the interactions between Buckle and Vinegar are charming and entertaining and make this a fresh take on the old cliché. The ideas put into play in this first issue make this a world of fun, humour, crime and grime. Nixey’s art has a very distinct sense of style; there are points where the faces look weirdly odd or misshapen, but the quirky style generally fits the mismatched setting and atmosphere of the comic.

Worth a look.  Gentry and Nixey have crafted characters that are instantly engaging and they have set up plot lines in just this very first issue which take this above just an average cop tale, cannibals, criminals and a sewer creature sneezing his way to victory. 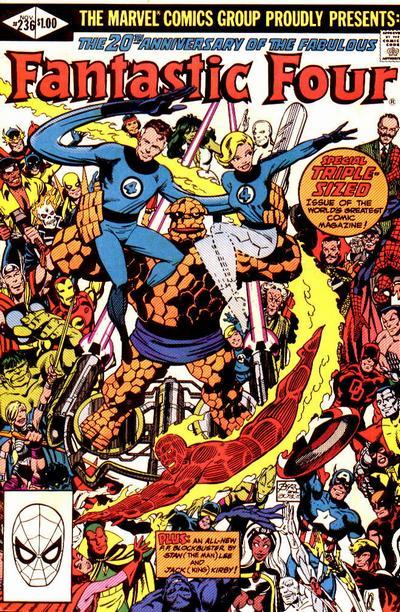 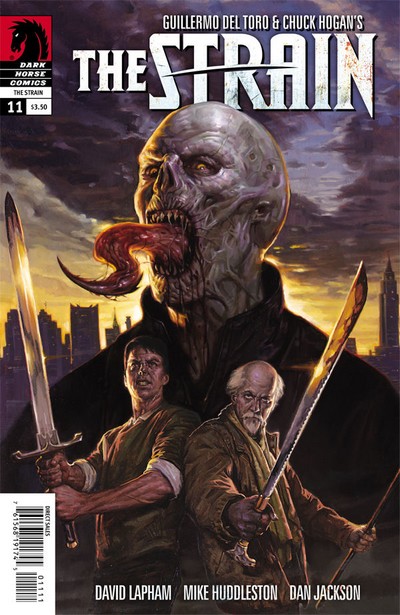