Inhumans vs. X-Men #1 is finally here. Marvel has been building to this conflict for months if not years as it was originally teased at the end of Infinity when the Terrigen Mist Clouds were first unleashed on the world and began converting anyone with Inhuman DNA into NuHumans. Yet since Infinity we’ve had a long wait. Secret War only teased at what was to come. Then we had the second ‘All New’ relaunch where even more seeds were planted as they dangled elements of the story in the entire X-men and Inhuman line of comics. Then there was the atrocious Death of X that supposedly lit the match, then a zero issue to establish the final reason, and finally Inhumans vs. X-Men (IVX) is here and sadly I doubt many people care.

IVX #1 is an entertaining comic. Charles Soule and Jeff Lemire have written an engaging first issue that not only establishes motivations but also progresses the conflict between the species. The focus for the first issue is on the X-Men as Beast informs a cadre of the Mutant elite that their extinction is imminent. The Inhuman Terrigen Cloud is not only killing Mutants exposed to it but also it is now saturating the planet which will make the earth uninhabitable to Mutants within weeks, a dire end to the race that was to be the next step of human evolution. Yet the X-Men have a plan and they refuse to go out without a fight.

Where the build up to IVX was prolonged this mini-series progresses quickly, which was a nice change of pace. There is a film quality to this issue as the X-men lay out their plan to Beast. As often times wee see in films the action taking place on screen while being described by a voice over at an earlier meeting of cohorts. Soule and Lemire have a similar theme here as the X-men’s plan is established with the wonderful Leinil Francis Yu’s artwork while it is being explained to Beast, who is less then thrilled that his friends have planned a war behind his back. As the issue unfolds so does the X-men’s plan and it is both bold and intriguing. It highlights the strengths of the X-Men and shows why they are such a force of nature when they want to be. I have not enjoyed how they have been relegated to the backburner due to the Disney – Twentieth Century Fox feud over rights. The X-Men were the Marvel flagship property for years and they deserve better then what they have received over the past few years. Every Mutant used in this issue is shown at their best and all I can say is it is nice to see Dazzler, yes Dazzler, get her due.

This book could be a commentary on Marvel’s treatment of the X-Men in favor of the Inhumans. Where the strength and strategy of the Mutants is front and center the second tier Inhumans are duped rather easily and even their master tactician Karnak isn’t so masterful here. As an X-men fan it was nice to see them strut but as this mini-series is six issues long I’m sure the Inhumans will rally and the X-men will be against the wall before to long, but this is when the X-Men are at their best. Or at least it used to be when they were at their best.

My biggest concern with IVX is that it took to long to get here. Not only have we had the extremely long build up with the relaunches and the Death of X but we also had internal Marvel politics severely injuring the X-men’s standing in the comic world. I’m not sure people care at this point. IVX has turned into a punch line, which it deserves on face value but not when it comes to its content. Soule and Lemire actually turn out an interesting story that has a lot of action as well as build up tension to the coming war. Leinil Francis Yu’s artwork is stellar as usual. Not everyone likes his sketchy style but I have always enjoyed it and am impressed with how he has evolved over the years. I first came to know his work when he drew Wolverine during Warren Ellis’ run and he has mastered the superhero genre at this point in his career and it is nice to see his work on this title. David Curiel’s colors are rich and have a painted feel. It really lends itself to the artwork and helps to convey the dark tones of this book. But even with A list talent on it I’m not sure the comic reading public are willing to invest in this book. Even I’m gun shy at this point with Marvel and its event driven comics but I’ll stick around for IVX.

Verdict: Buy if you’re interested. IVX #1 has a good story and the artwork is excellent, theirs enough action to keep you interested and the story advance enough that you can become invested. If you’re not interested or burned out on Marvel events you aren’t going to miss anything. With the RessurXion reboot coming and the Inhuman’s TV show in the work neither franchise is going anywhere and a return to the status quo is almost guaranteed. 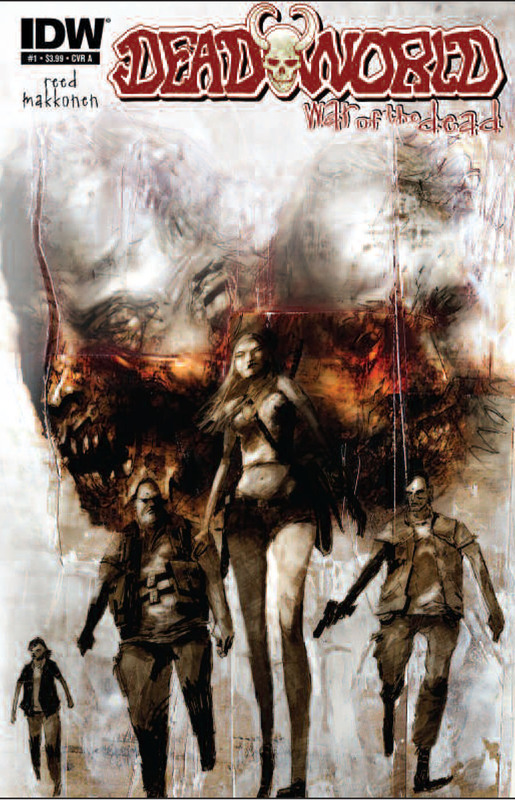