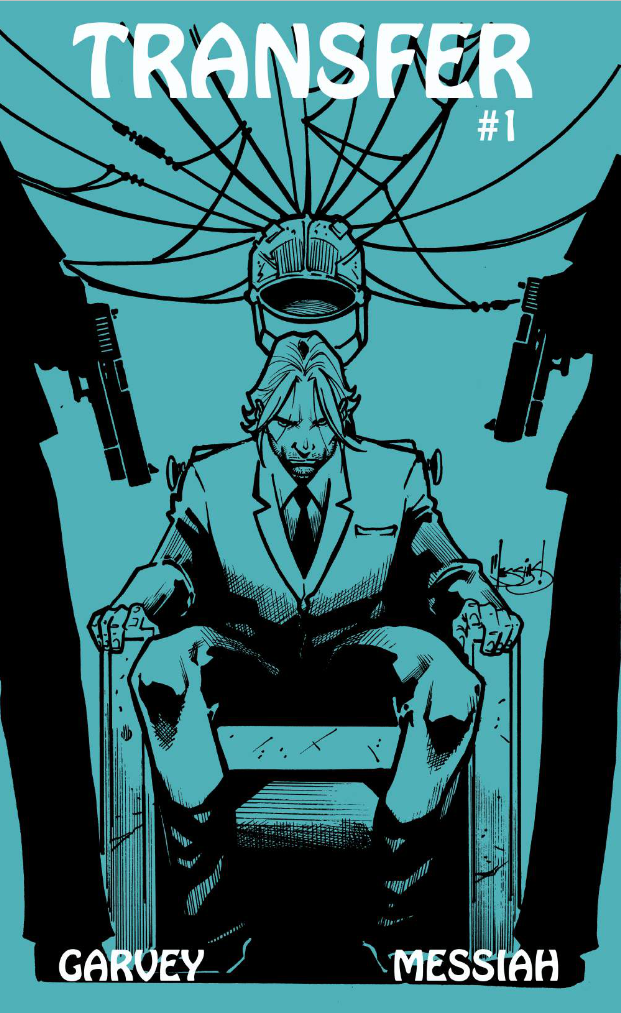 Any good story originates from a strong “What if?” question. The quality of the writing, the crispness of the art, is nothing if the actual concept of the story is poor. In Transfer #1, we are handed a concept that is hard not to spend time thinking about. Most people have probably fantasized about this type of idea 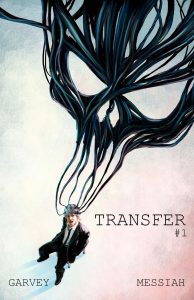 in one form or another.

That concept basically deals with the transfer of one’s consciousness from one physical body to another. The initial example that we deal with in the first issue is a high profile mobster in the year 2029 that is about to be forced to testify and is likely headed to prison. We see this mobster inside of our protagonist, Steve. Steve is a “courier”. Meaning, he is actually carrying the consciousness of this mobster around in his head. It is fun to see the interactions of them communicating.

Steve’s job is to get back to his lab where there will be a recently deceased body which is going to serve as the new host to the mobster. We see the toll that carrying this extra soul around does to Steve. Not only is it difficult for him to deal with having this mobster in his head, there are physical tolls as well. We see Steve fighting off headaches and bloody noses, and generally doesn’t seem to be holding up well.

Of course, things don’t go exactly as planned as mobsters who are bound for prison don’t exactly like to see witnesses. This sets up an interesting twist that promises to send the series down a fun road. This book could have been confusing or convoluted if not set up properly, however it is introduced and written very well. The art is also clean and tonally fits the book.

Buy. This is a fun read with a concept that most people have probably daydreamed about in one way or another. If the story moving forward fulfills the promise of the first issue it could be a fun ride. Plus, it is a buck on Comixology. Can you really go wrong at that price?