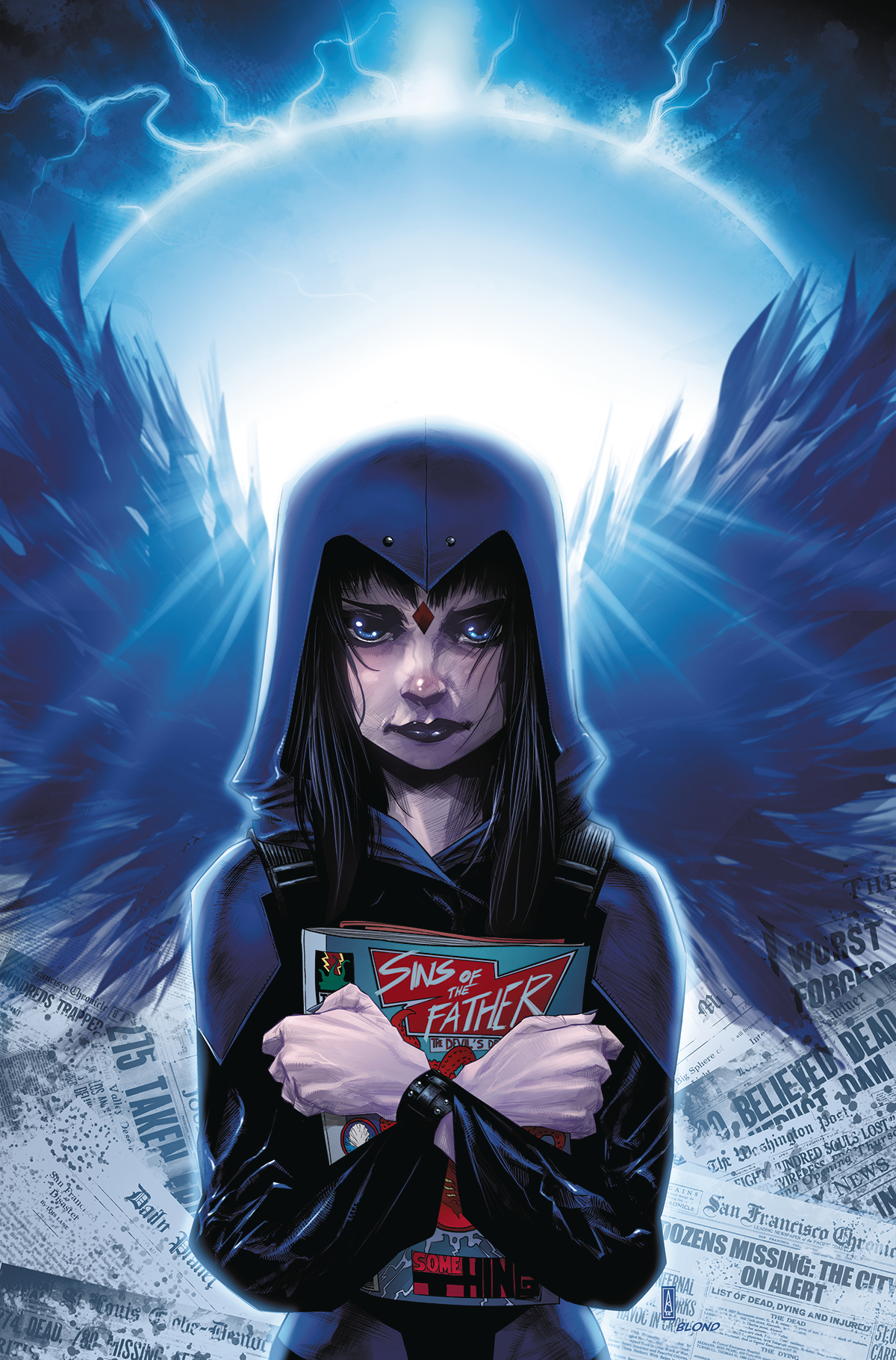 Reviewed by Jesse Bowden while eating a cheese steak!

When your father is a demon and your mother is one of his groupies, establishing your own identity can be pretty tough. So like most teenagers, Rachel Roth knows what it’s like to rebel against her parents. She decided to become the superhero Raven, but now she wants to spend some time just being Rachel.

Raven #1 is the first installment of a 6 issue miniseries from DC Comics. The story is written by the legendary Marv Wolfman, and the art is courtesy of Alisson Borges. In this issue, we see Raven attempt to begin a normal life apart from her villainous family and Teen Titans posse. She moves into the home of her cordially Catholic aunt and uncle and starts attending a regular high school. But It doesn’t take long for Raven’s efforts to be undercut by horrific nightmares and a seemingly malevolent classmate.

With Raven #1 Wolfman returns to a character he knows quite well. Raven was created by Wolfman and fellow comic legend George Perez in 1980. She first appeared in DC Presents #26 before becoming a staple in Wolfman’s Teen Titans. Wolfman also penned a solo series for the character back in 2008. While the last solo run wasn’t incredibly well-received, Wolfman’s latest contribution to the character is sure to be a hit. This issue has a great balance of old and new comic writing styles. Wolfman uses a lot of captions but they are all short and full of quips. There’s quite a bit of exposition but it flows organically throughout the story. And most importantly, there is levity. It would be really easy to write a Raven story that focuses on the character’s dark past. Instead, Wolfman presents Raven as curious young woman eager to forge her own path.

Borges’ art is a great fit for the new series; he perfectly captures the horror of both hell dimensions and high school hallways. His work in this issue is reminiscent of Patrick Gleason’s time on Batman and Robin. The figures are realistic but playful, which gives the book a young adult vibe. It’s clear that Borges has done his home work as fans of the character will be happy to see Raven sporting a goth inspired costume rather than her New 52 feathered disaster.

Good stories will always show rather than tell and Raven #1 shows a lot. New readers won’t have any trouble understanding the character or her backstory. However, like many DC Rebirth titles, this issue seems to rely on a reader’s nostalgic attachment its protagonist. That said, Wolfman and Borges work together to create a perfectly toned issue that will surely please all fans of this character.

Check it out –  This is a really good 1st issue. Raven #1 does a great job establishing the character’s history and personality. But I must confess that the story didn’t really resonate with me. It’s well written, it’s funny, and the art is solid but it didn’t make me want to follow Raven’s story. But If you’ve got a history with or interest in this character, you should definitely check out this issue.